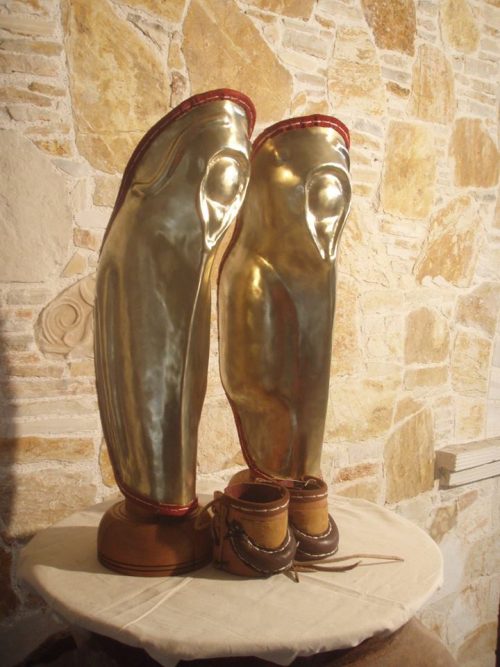 Bronze Greaves (“κνημίδες” – ” – knemides in Greek – stems from the word “κνήμη” or shin) were an
essential component of hoplite panoplies during the Archaic and Classical period providing a
measure of protection from the knee caps down to the lower part of the legs. They are descibed in
multiple sources of ancient literature as in Hesiod’s Shield of Heracles, in Homer’s Iliad as the
well-greaved Acheans: euknēmidas Achaioι, “ἐϋκνήμιδες” – Ἀχαιοὶ”) and in Virgil’s Aeneid. From an
iconographic point of view they are depicted almost everywhere in a plethora of regional variations,
and in almost every means of artistic expression such as wall frescoes, sculptures, vase paintings
etc. Many greaves, both intact and in fragments, have been excavated and are currently displayed in
museums and private collections all over the world.
They were modeled closely on the shape and contours of the lower legs -separate for left and rightwithout
necessitating any attachment points and as such are a unique example of defensive weapons
technology. The entire item was manufactired by hammering a single bronze sheet, without any
other structural additions, the end result resembling the shin of a bronze sculpture. The greaves
were held in place by the metal warping around almost the entire shin, through the elasticity of the
hollow bronze body. Some examples have perforations along the edges for a lining or padding to
prevent chaffing and overheating of the leg muscle. The fitting of a soft organic backing to the inner
bronze sheet was necessary, not only because it protected the skin from the metal part but also
because it secured the whole structure in place in a most efficient way.
The individual shape of the greaves had numerous variations which differentiated by their overall
plasticity, anatomical realism, musculature (emphasizing athletic calf muscles) and ornamental
needs (some with elaborate decorative motifs in relief). These, obviously, depended on the personal
artistic preferences and available budget of the wearer.
The depicted greaves are high anatomical, bearing decoration lines and ridges. They have been
raised from two bronze sheets exclusively through traditional techniques (hammering). The basic
technical elements of the leg guards emphasize masculinity, elaborate kneecaps and small holes
along the rims of the bronze sheet. The inner sides have been padded with thick wool and fabric
lining and a purple leather has been folded around the rims of the greaves handstitched directly to
the metal body.
When dressing himself for battle, the greaves were most likely the first items of the panoply that the
warrior would put on. There are some excellent examples of vase art and figurine sculptures that
provide realistic details of warriors arming themselves and they clearly depict the hoplite holding
the greave with his hands trying to adjust it to his leg. See relevant photos below: 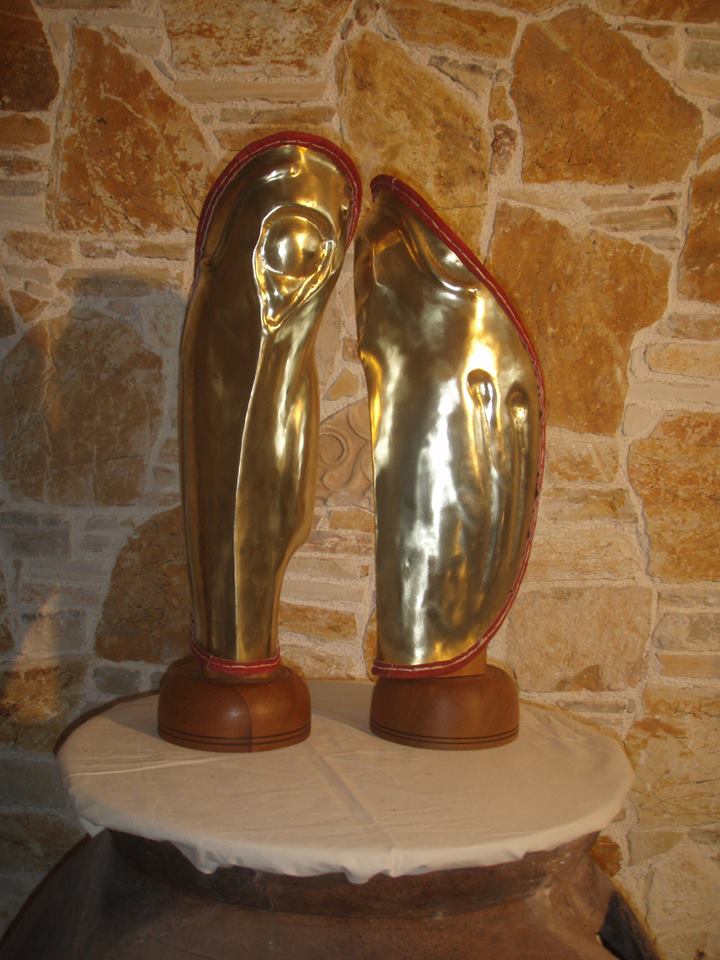 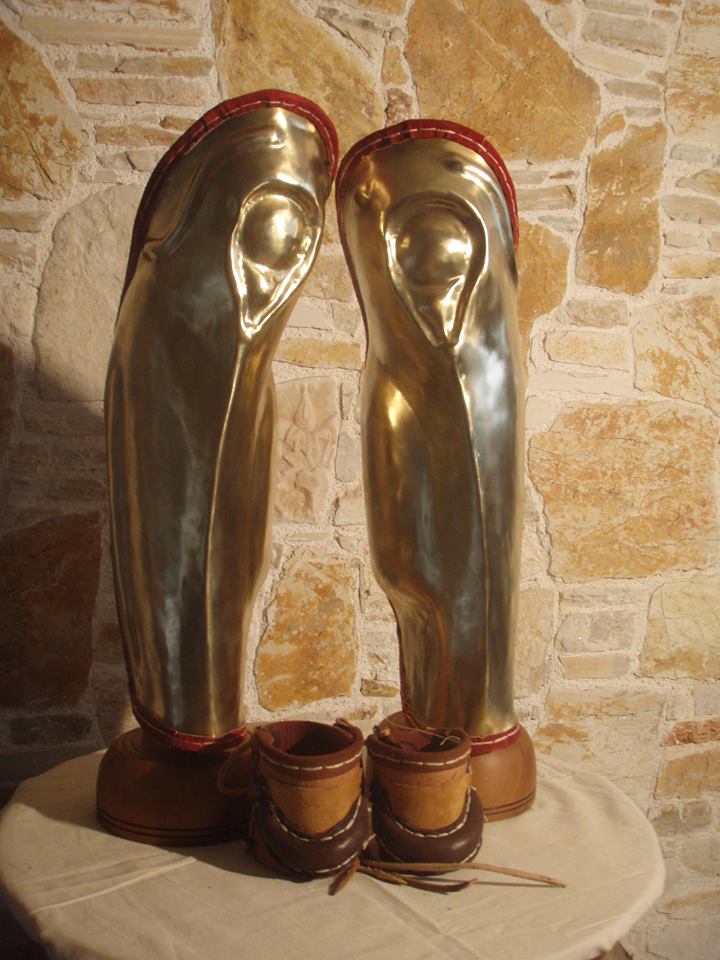 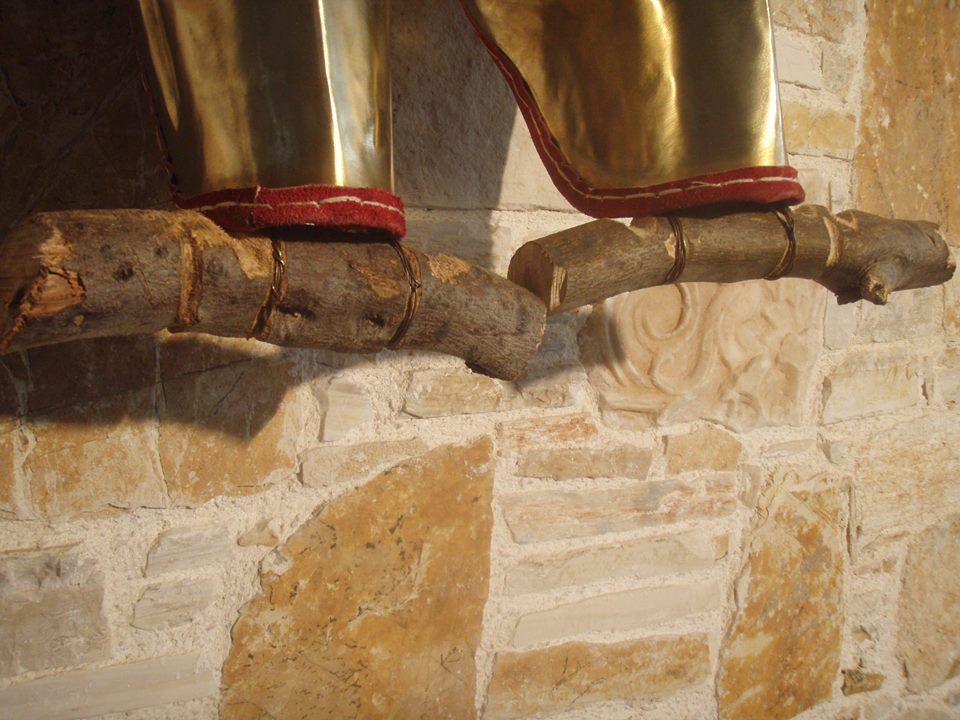 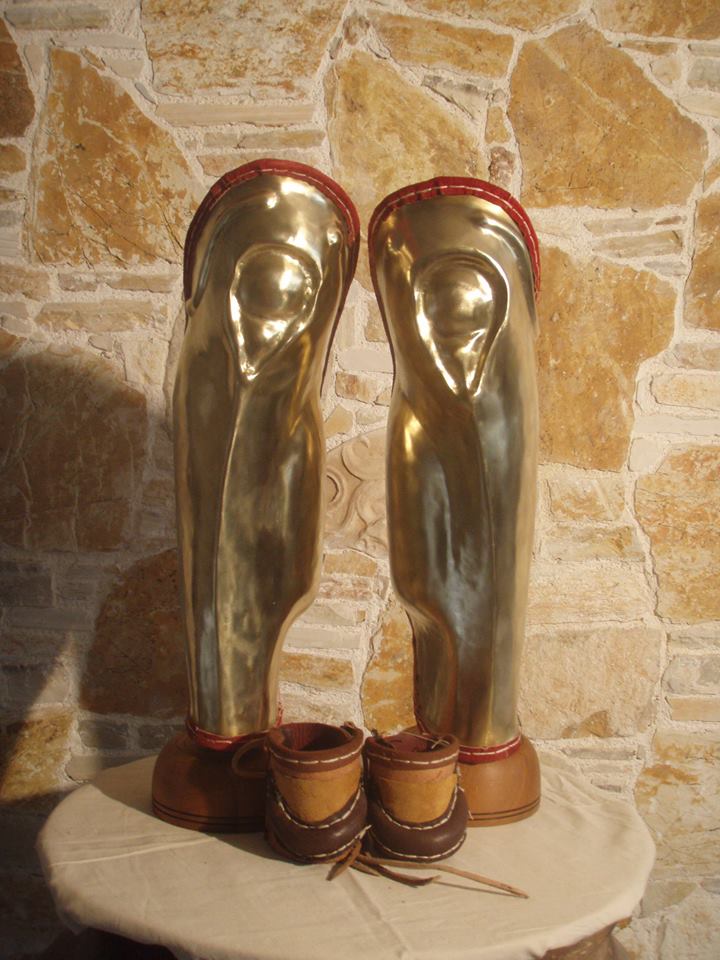 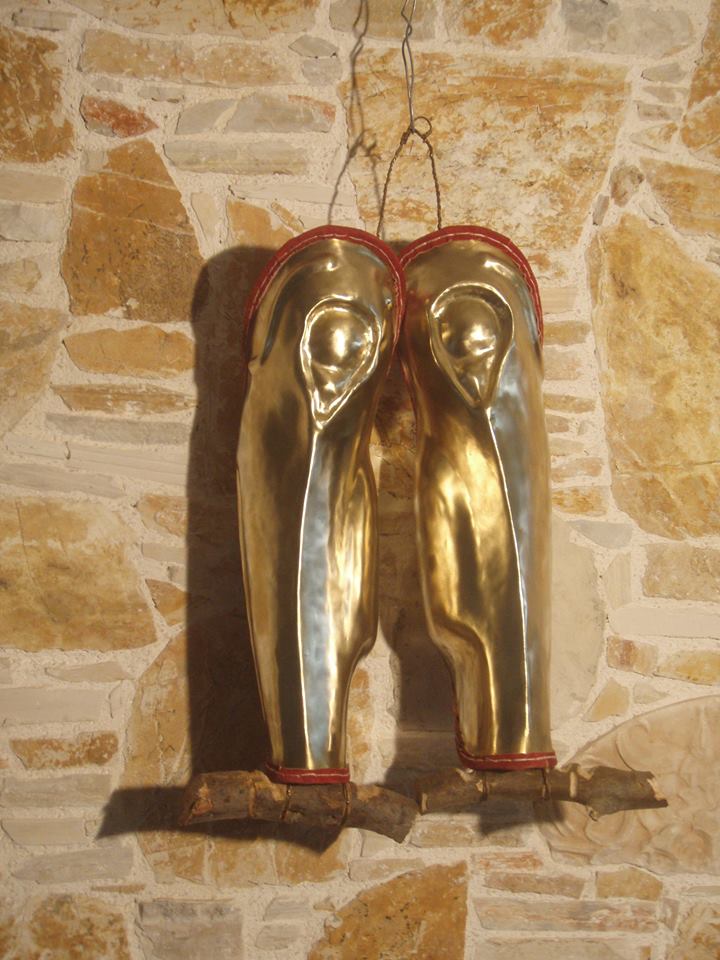 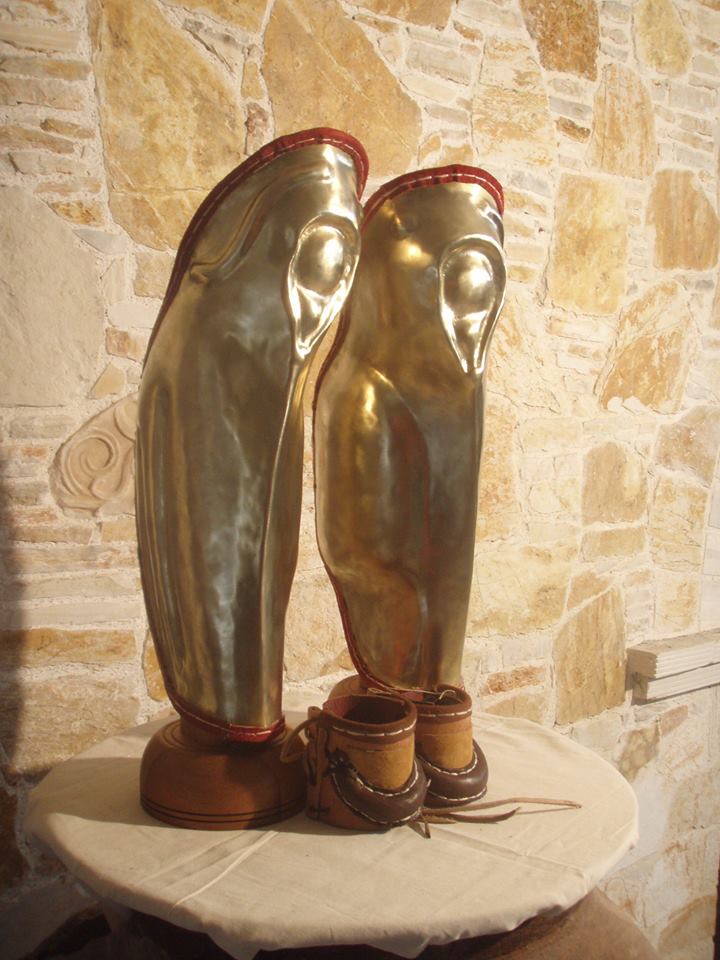 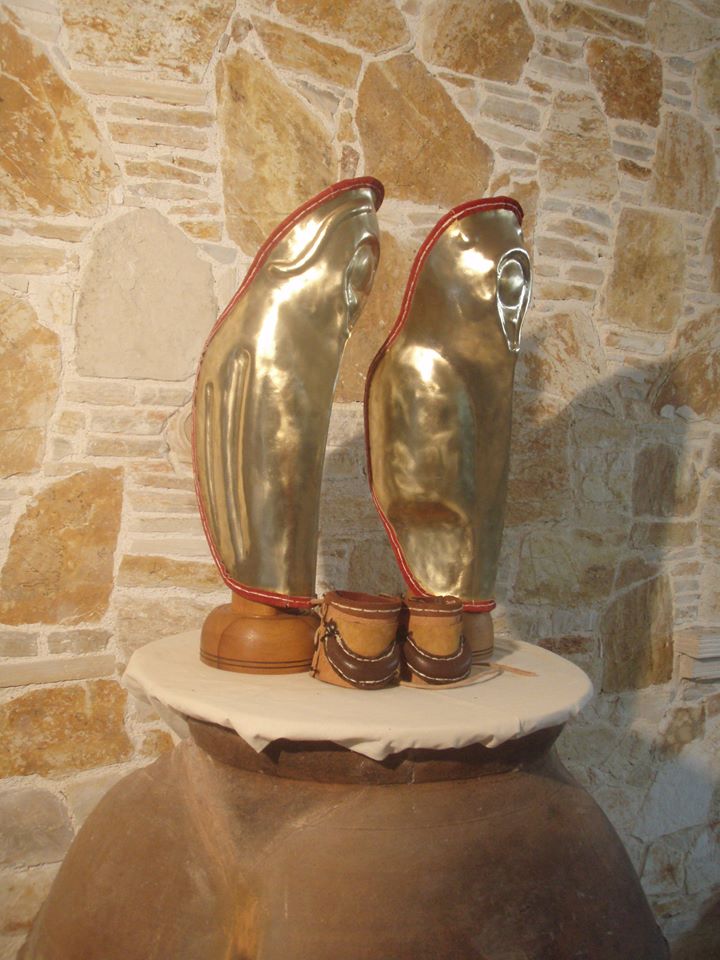 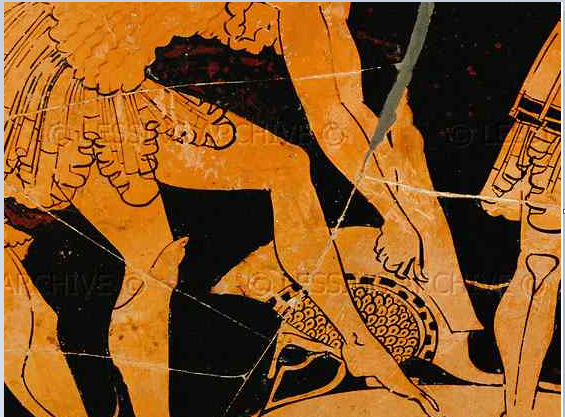