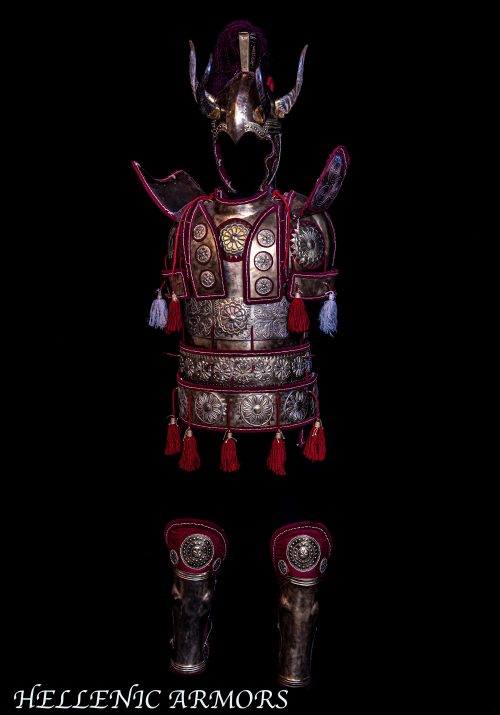 The torso and the shoulders guards of the armor ( “To-ra-ke” in Linear B’, Thorax in classical Greek) has been based on the Thebes Armor,a unique archaeological find,currently on display at the Archaelogical Museum in Thebes (Greece). It was found at Thebes Mycenaean citadel inside the arsenal hall and it has dated between 14th-13th century BC.The cuirass consists of two hammered anatomical bronze sheet plates, the front and the dorsal piece allowing large openings for the arms and neck, fastened together with six pairs of Π-shaped locking fasteners (at the armpit and neck). The breastplate hangs a few centimeters lower than the back and bears two star-like copper decorations (probably a heraldic emblem of Achilles’ first panoply, mentioned by Homer) based on artistic examples of this era.

Each of the curved pauldrons (shoulder guards) consisted of three separate pieces and its design is also based on the Thebes Armor and relevant Linear B’ ideograms. They offer sufficient protection at the shoulder and upper arm areas.They have adorned with various rich star like decoration etc. based on existing Mycenaean gold ornaments mainly displayed at the National Archaeological Museum of Athens (Mycenaean antiquities collection). 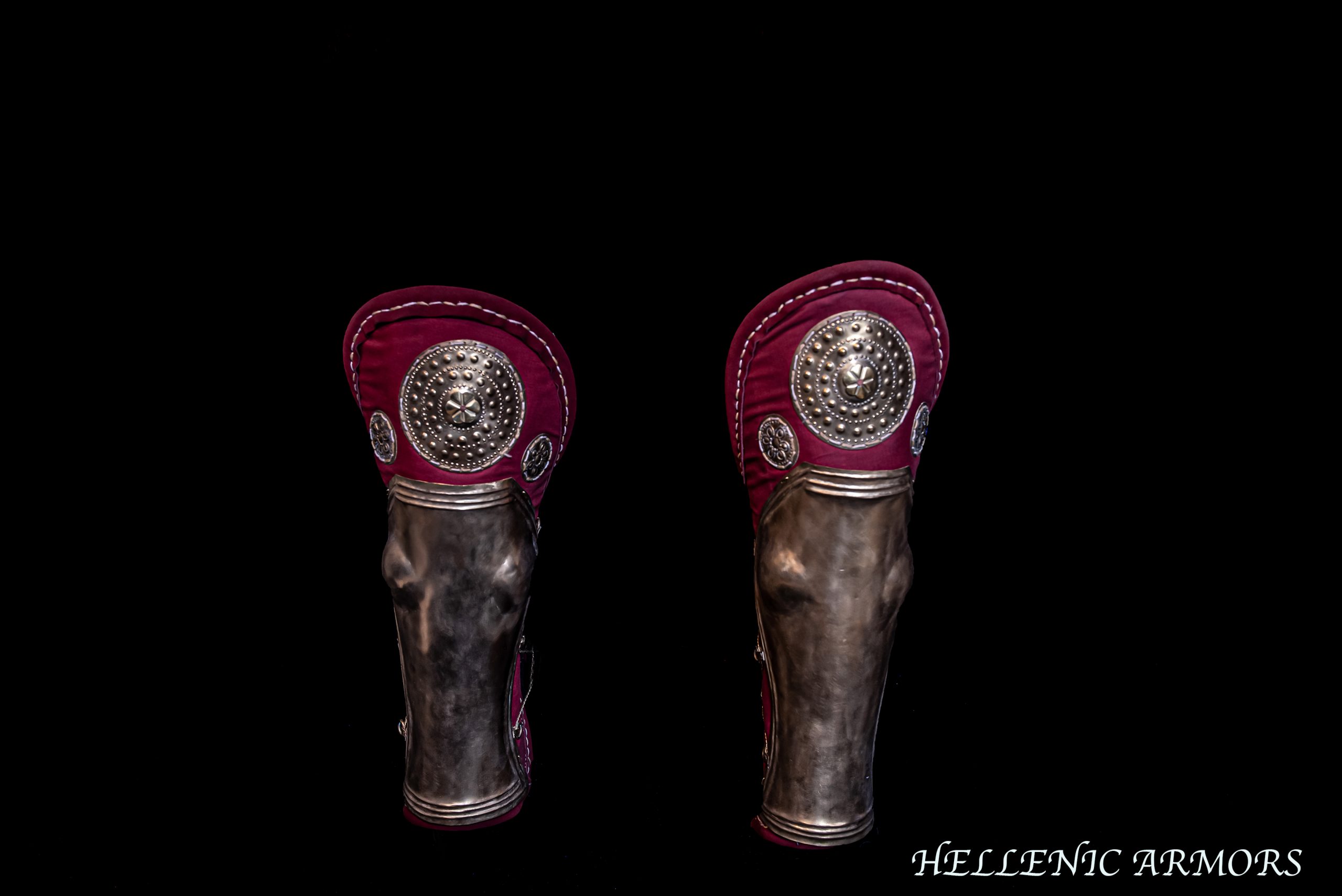 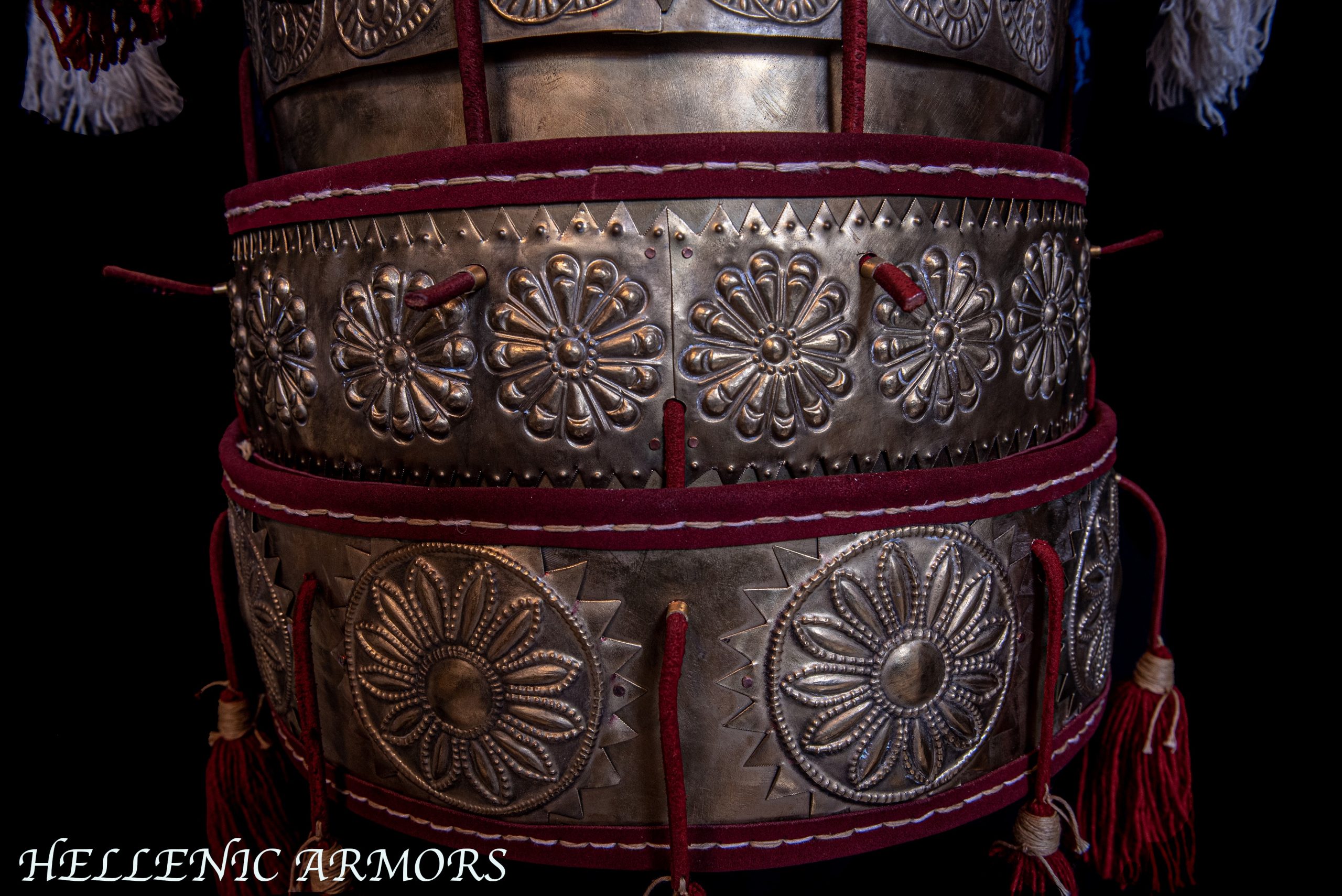 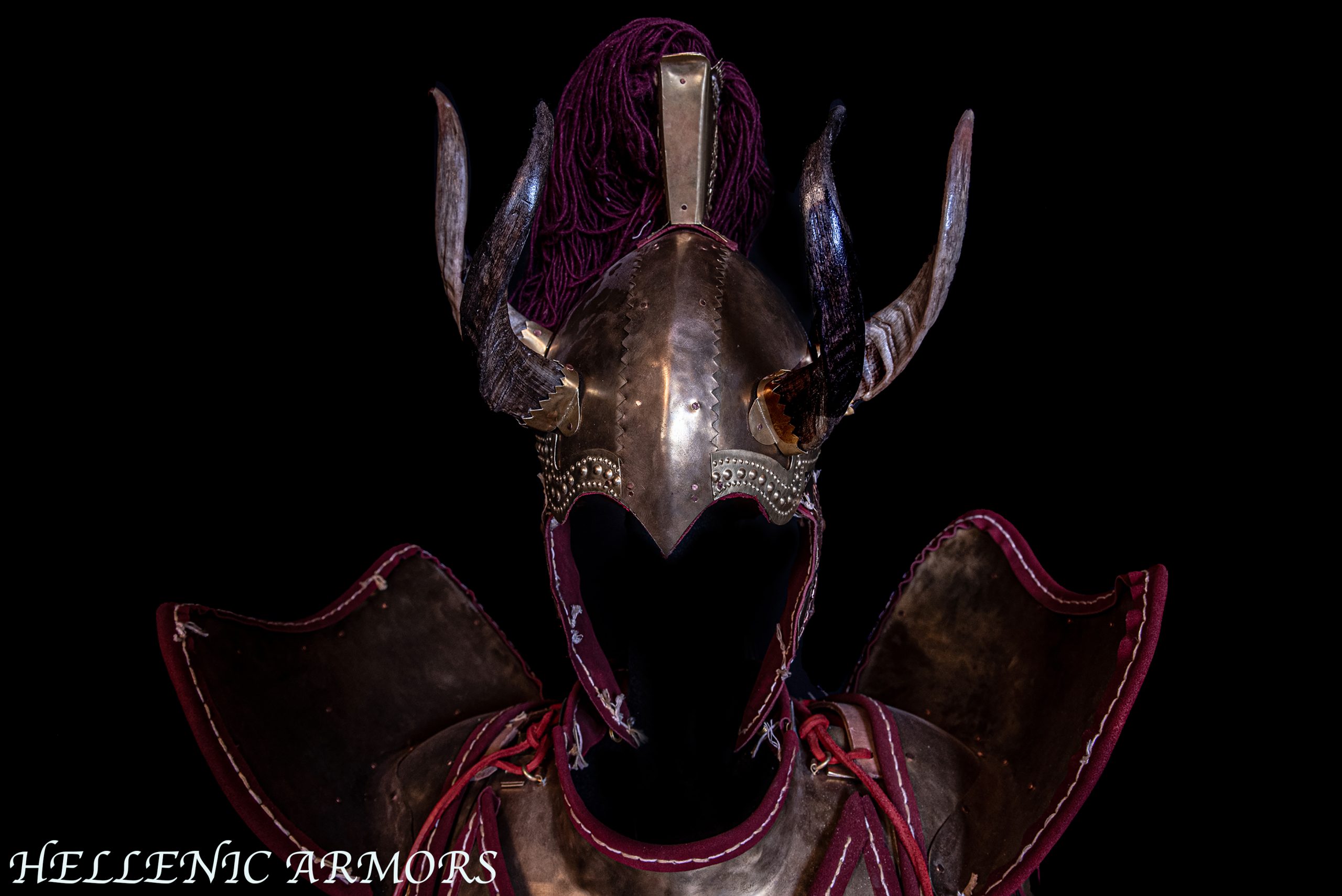 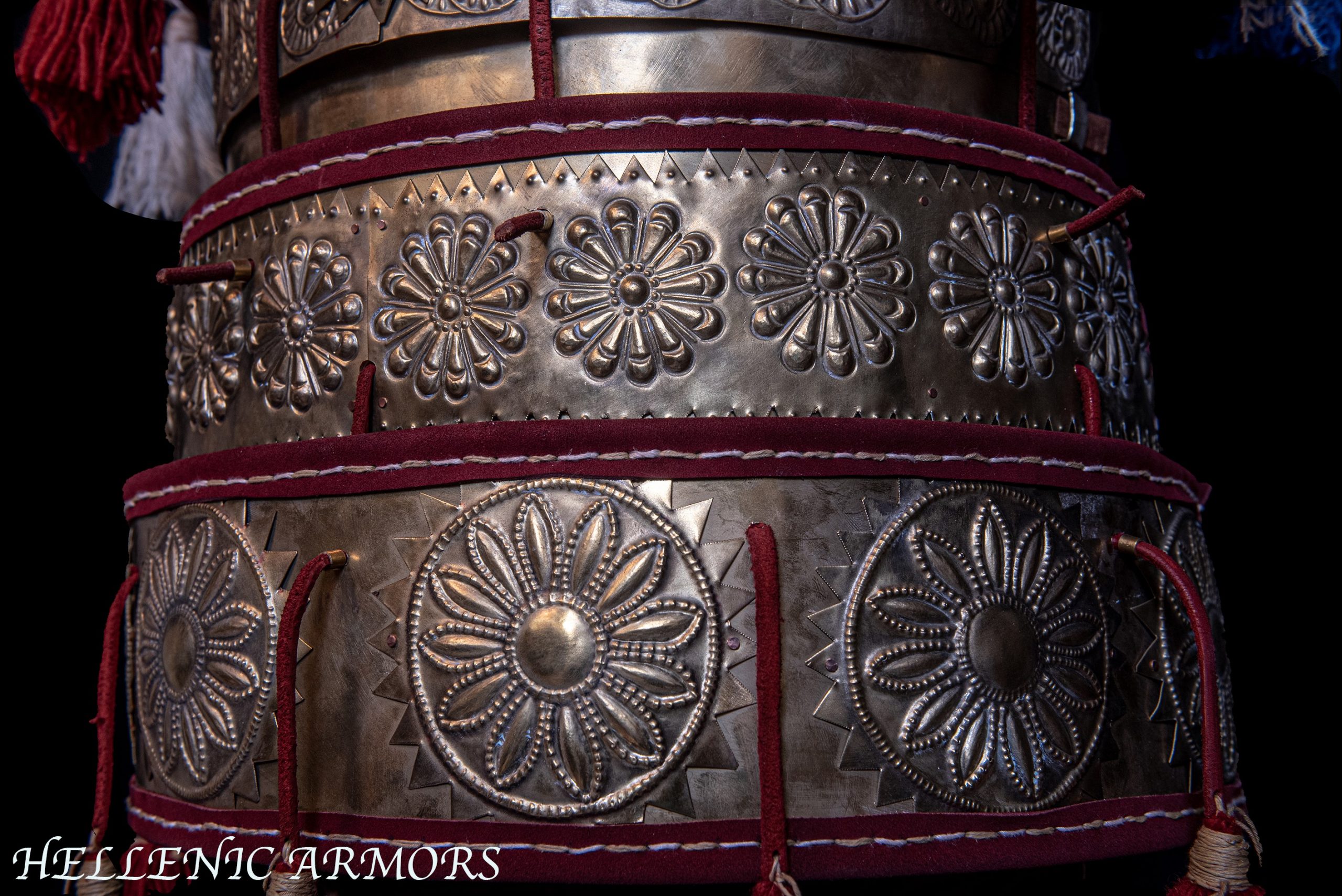 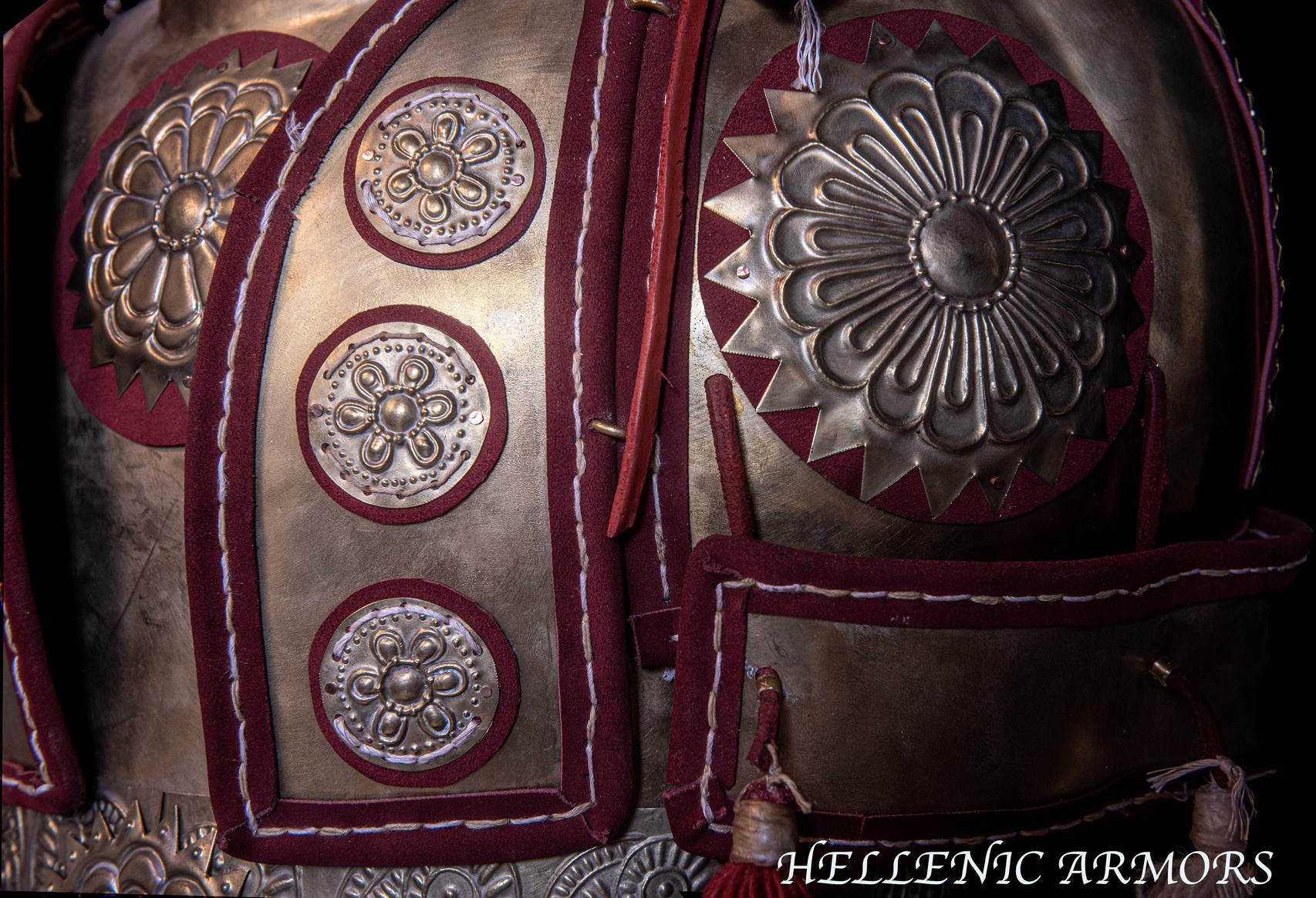 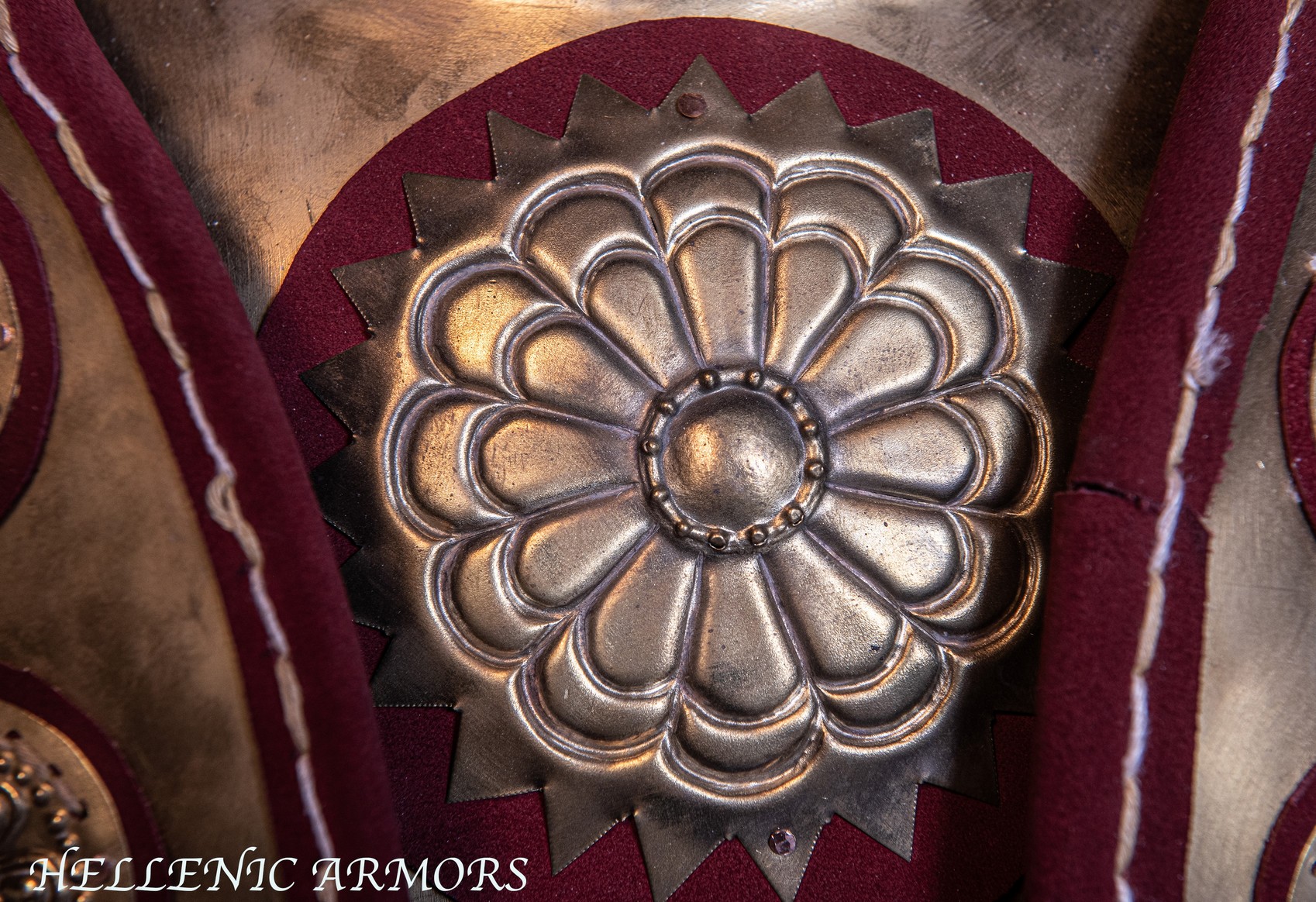 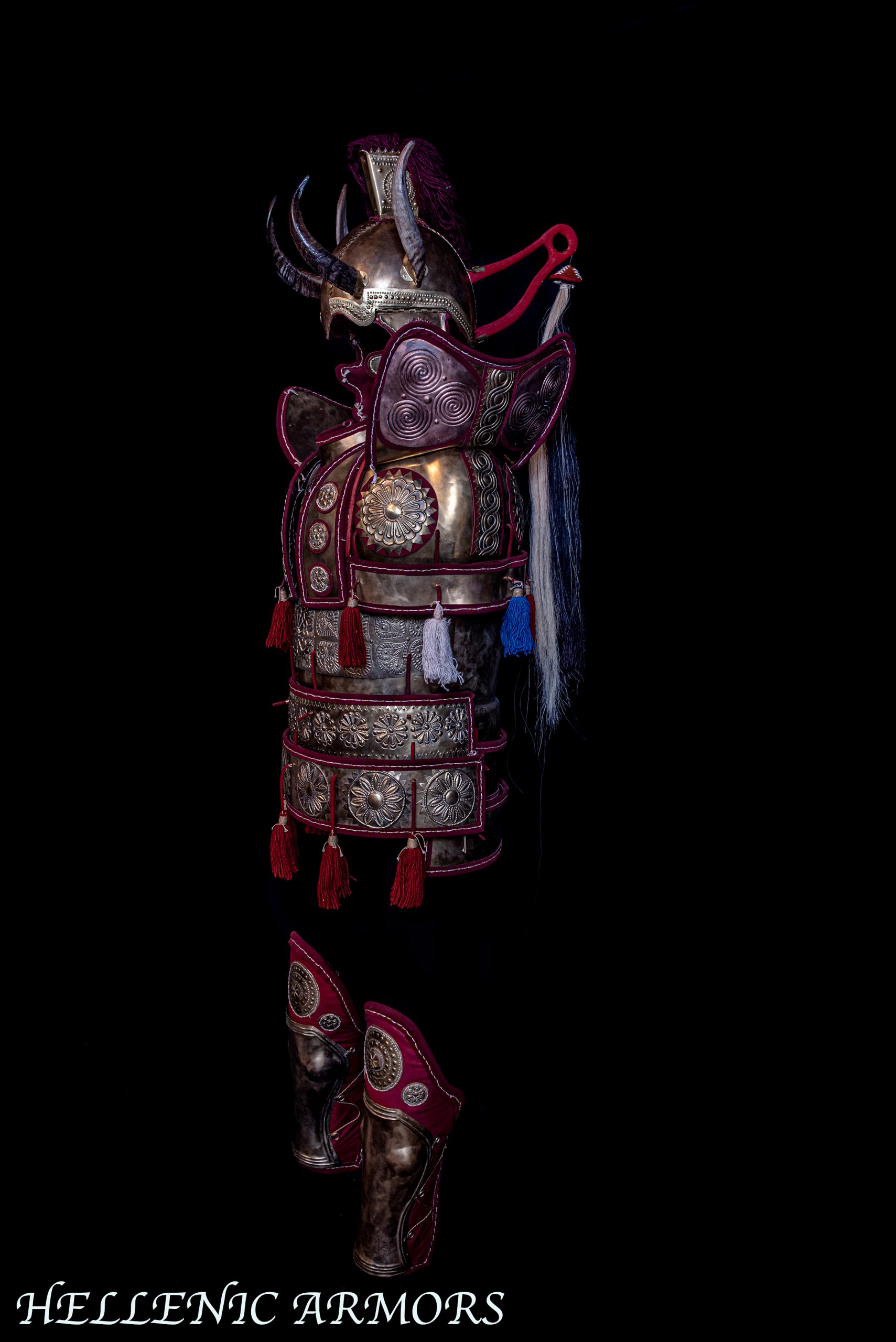 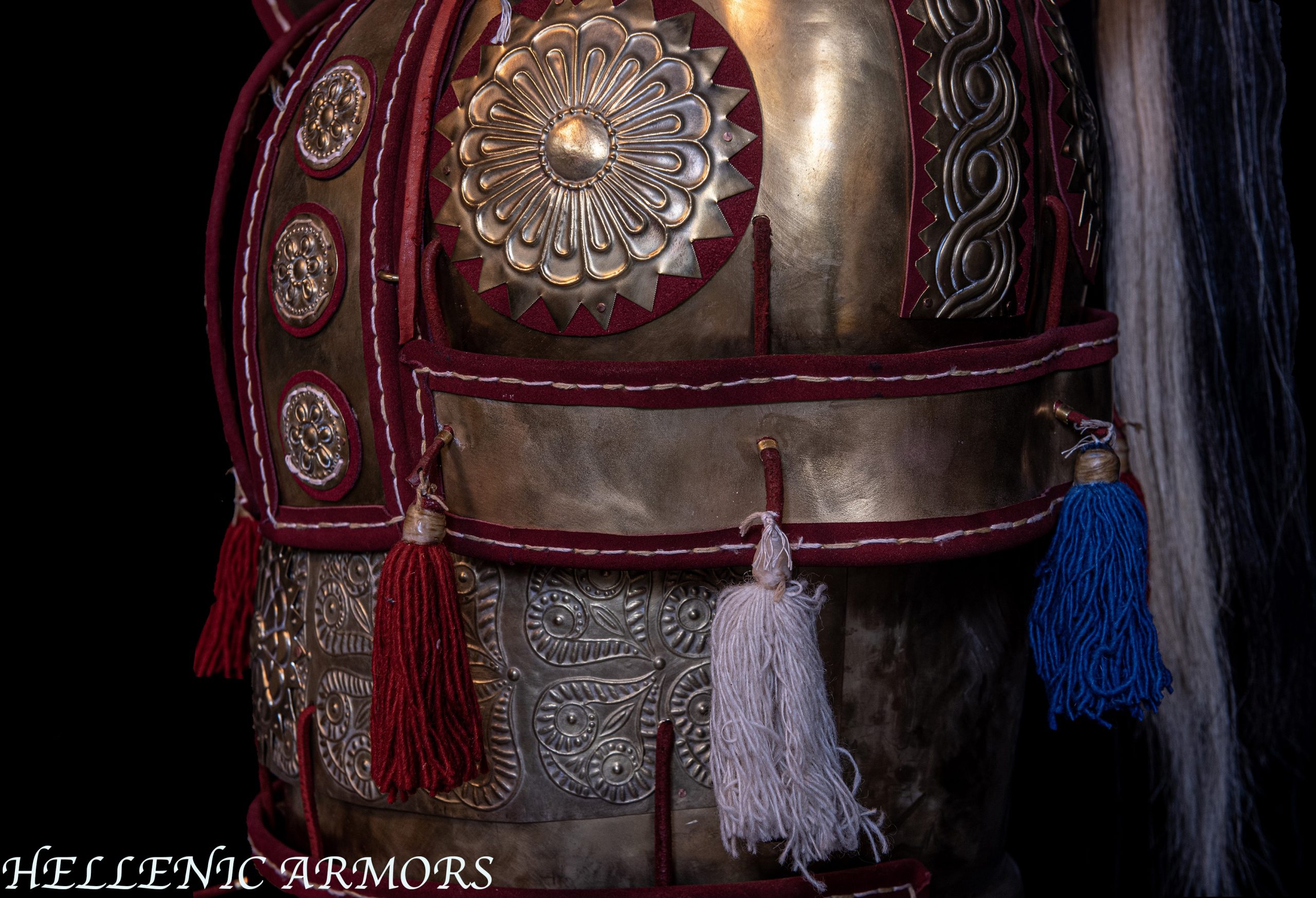 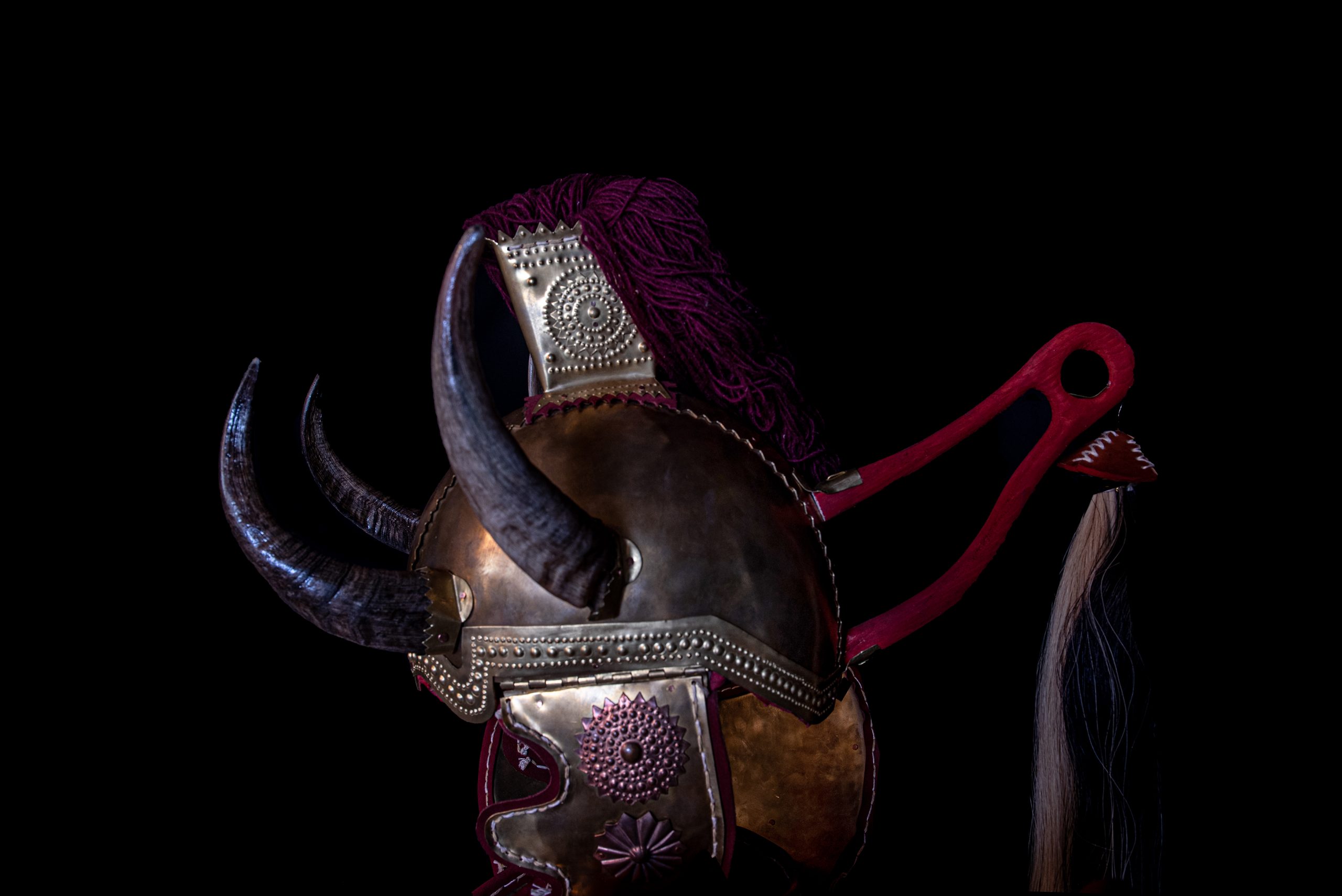 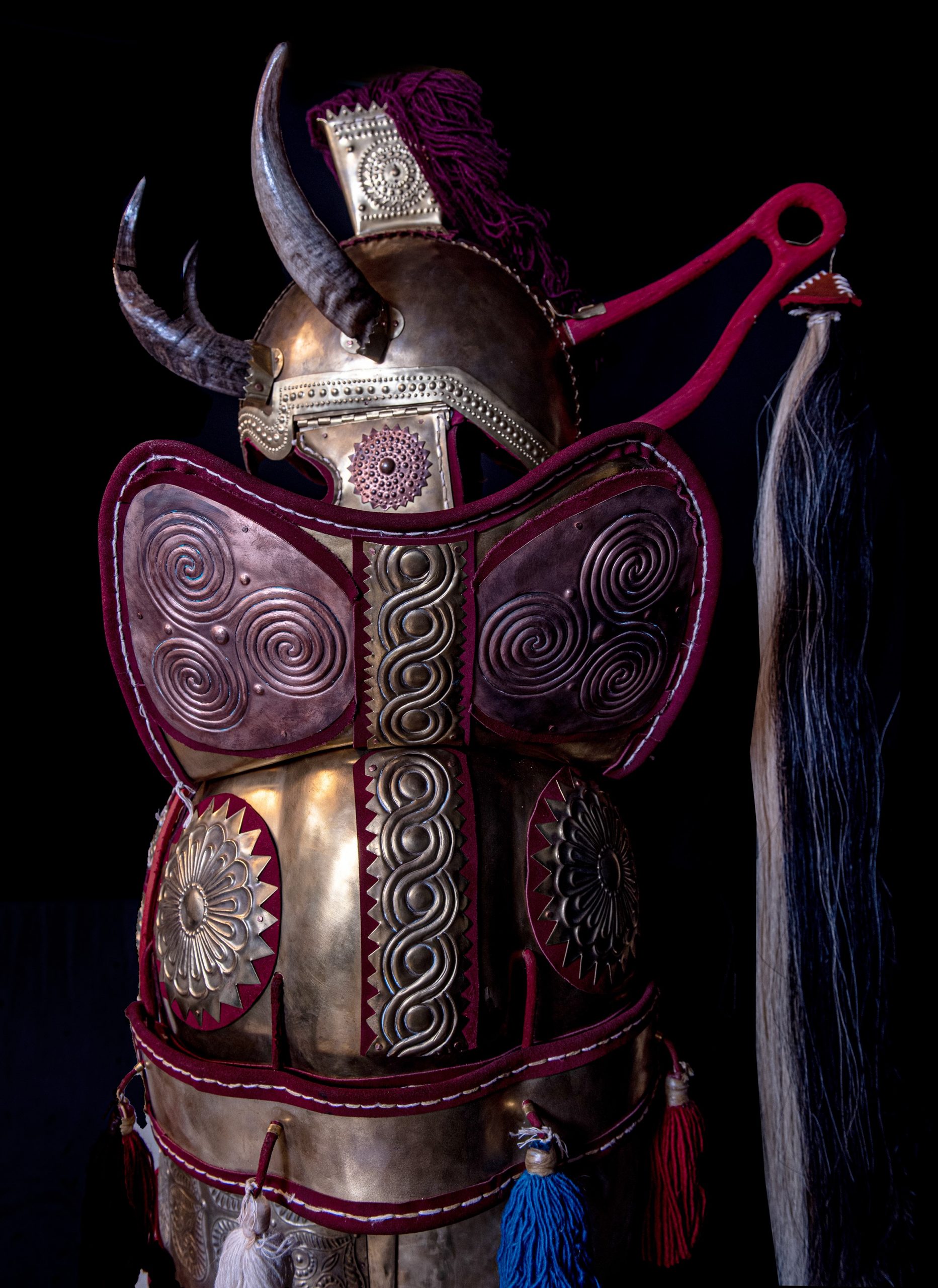 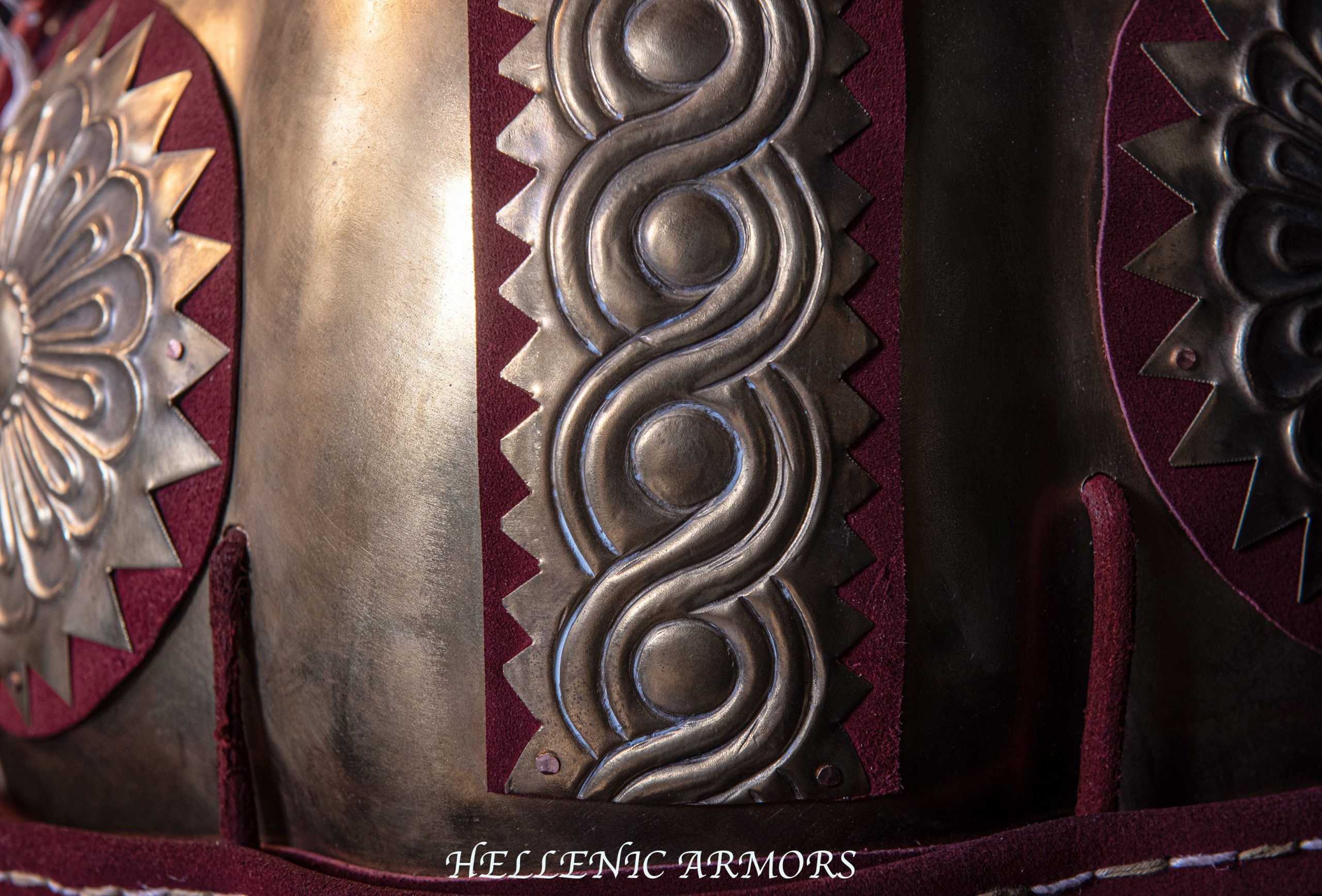 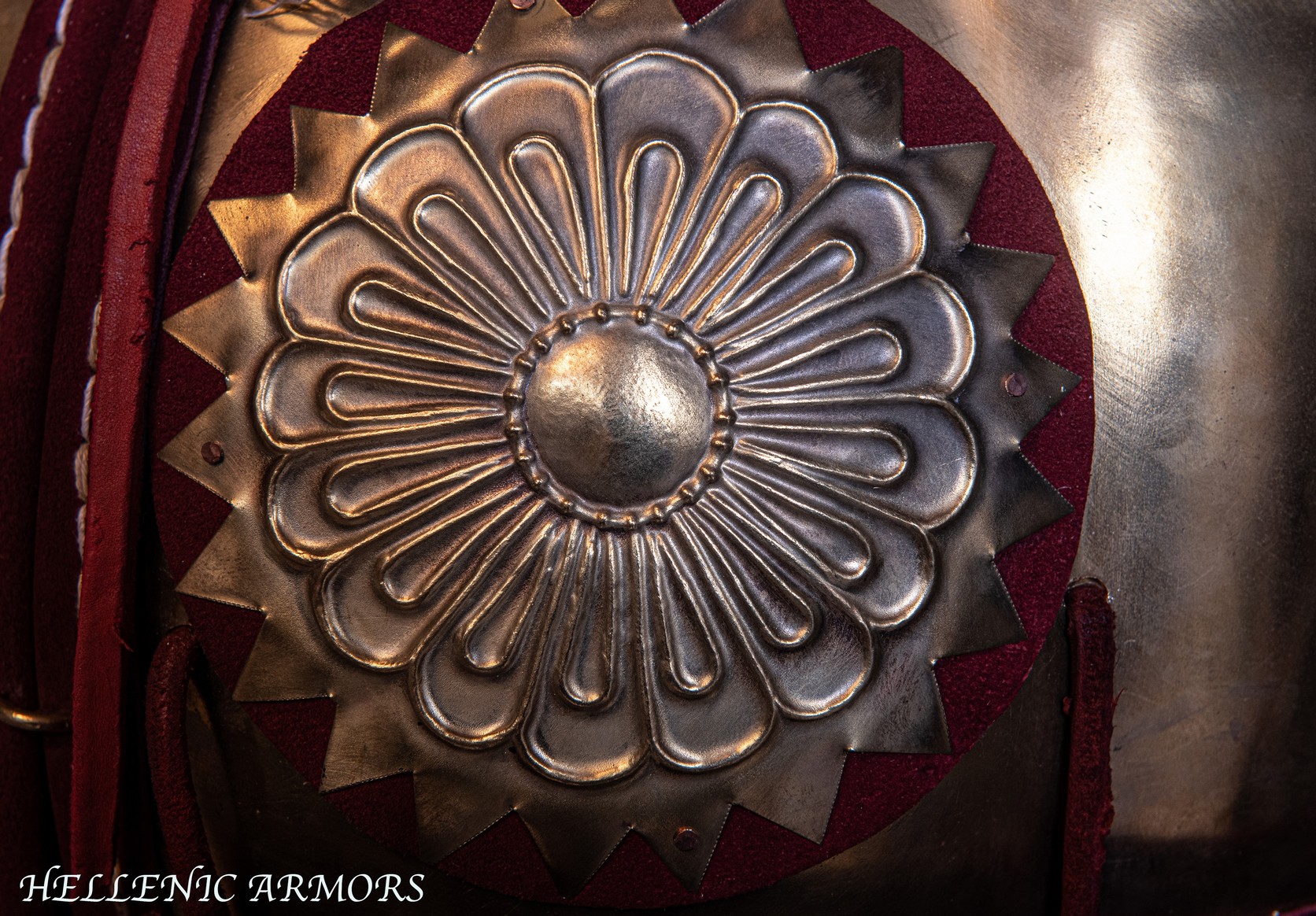 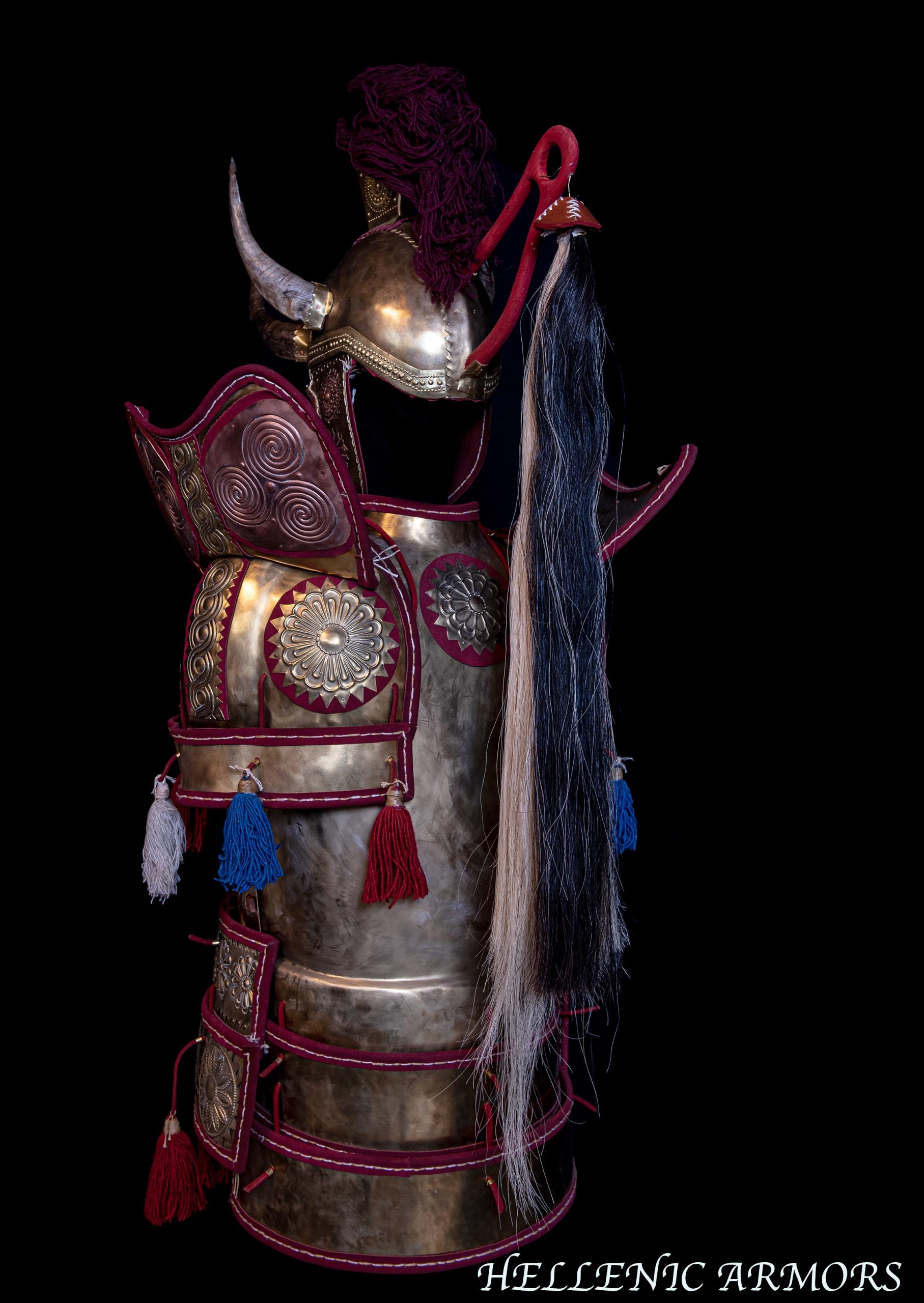 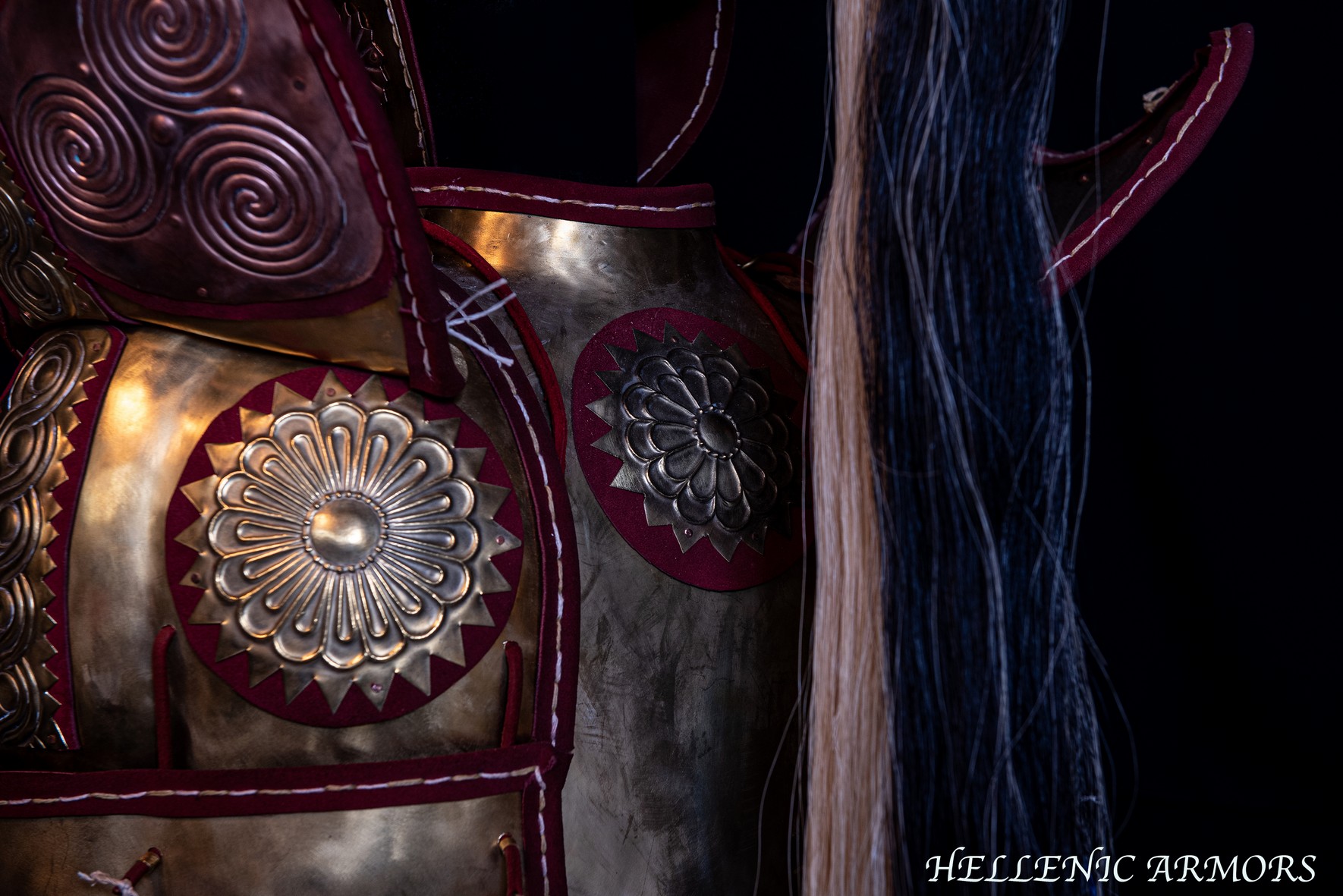 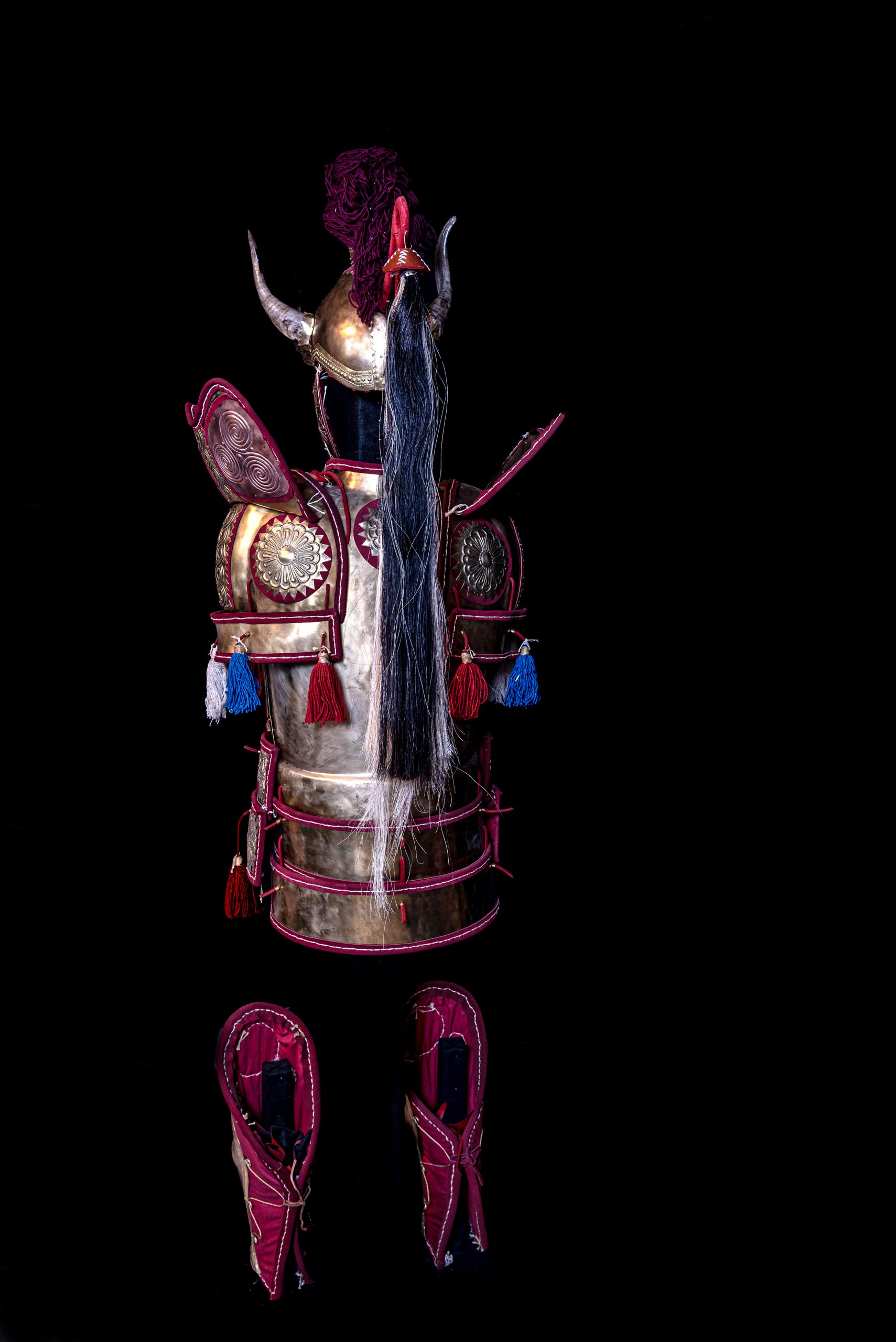 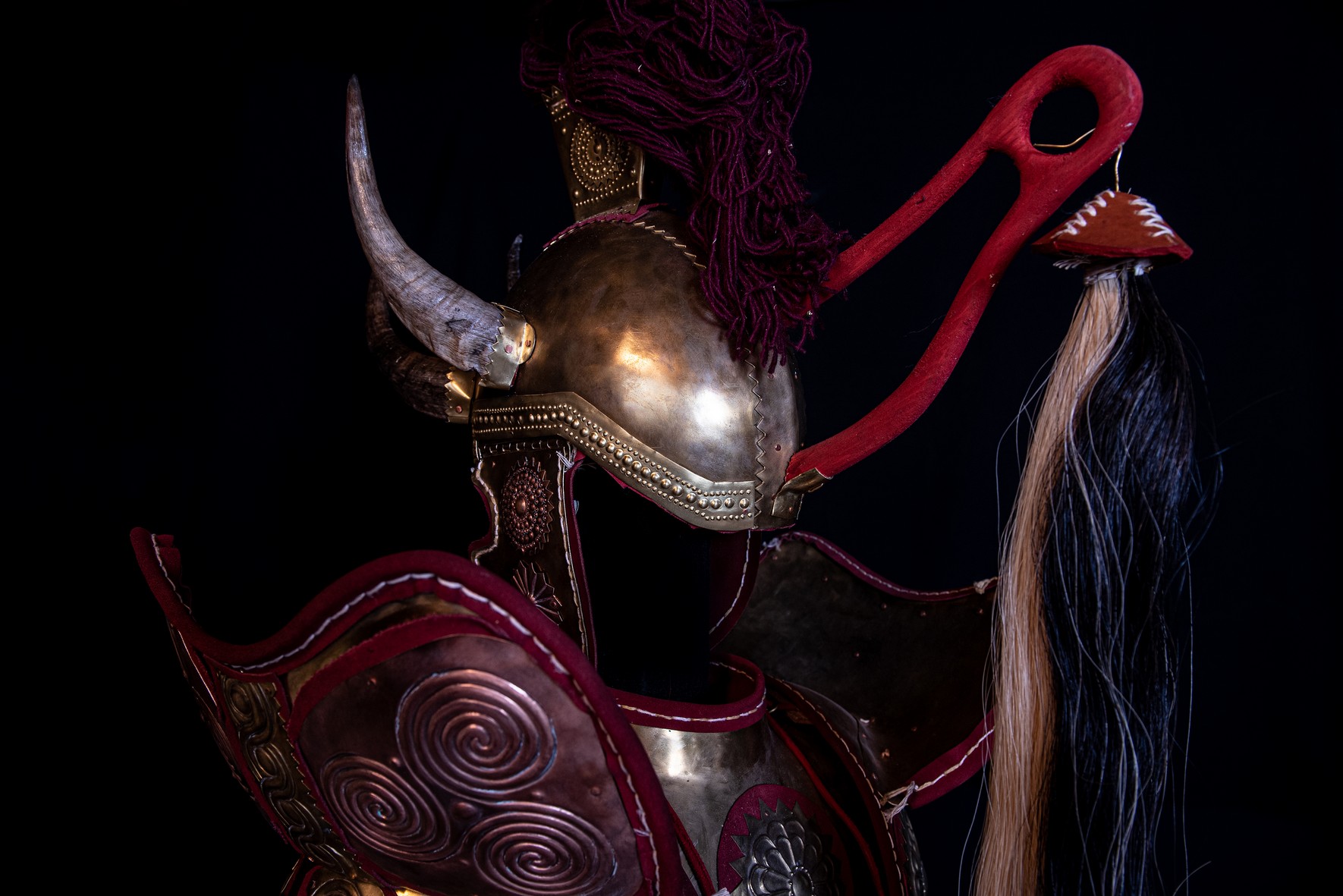 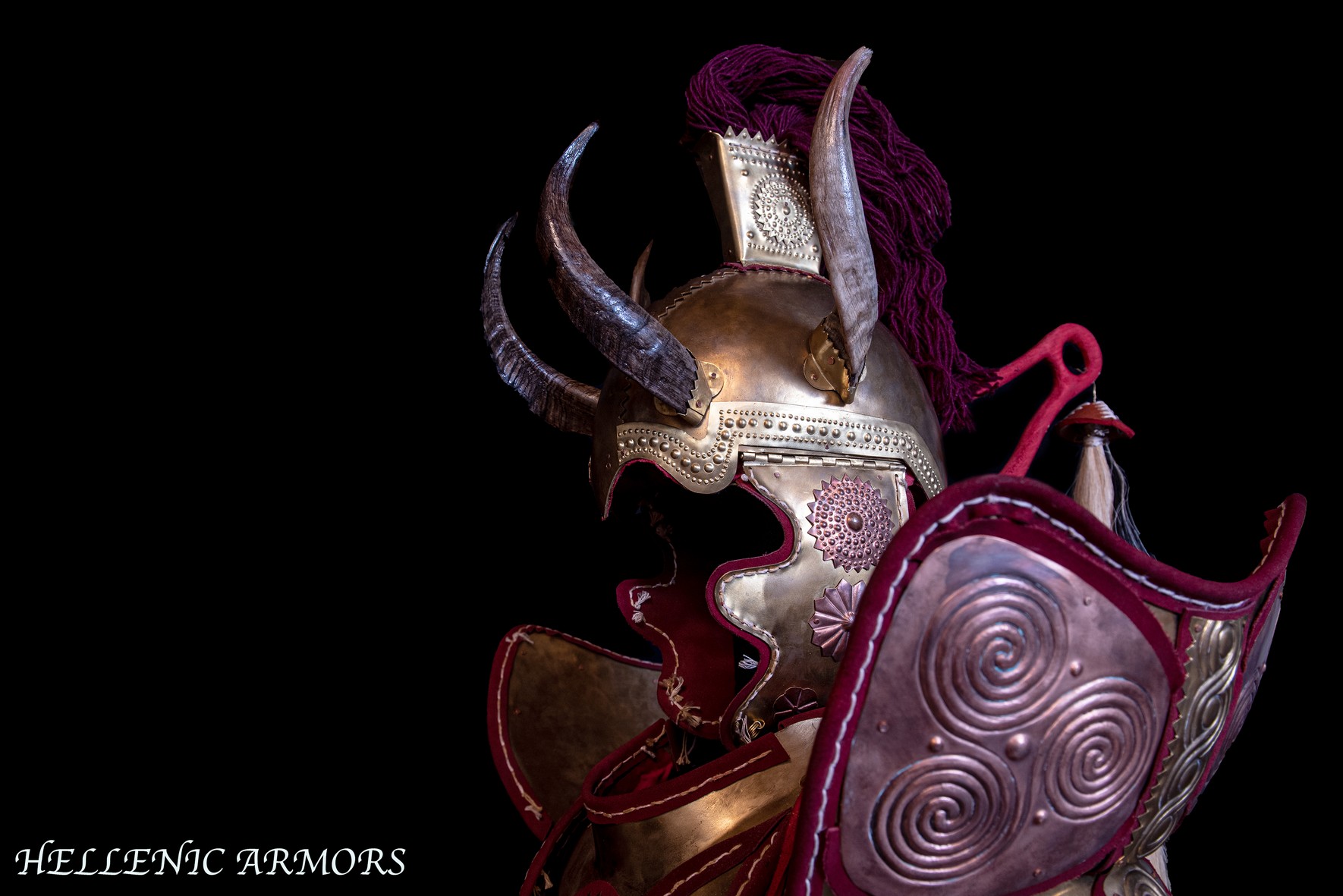 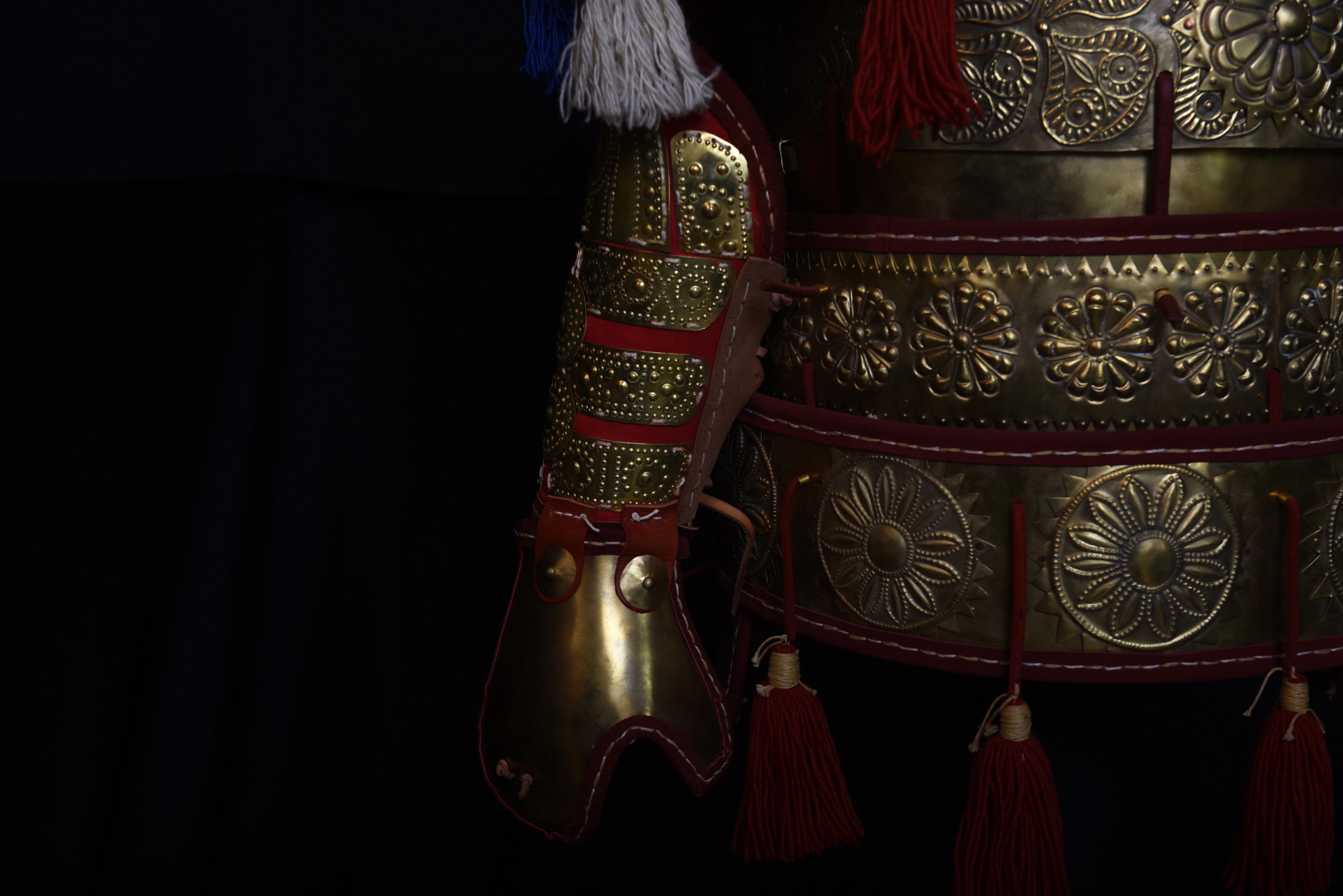 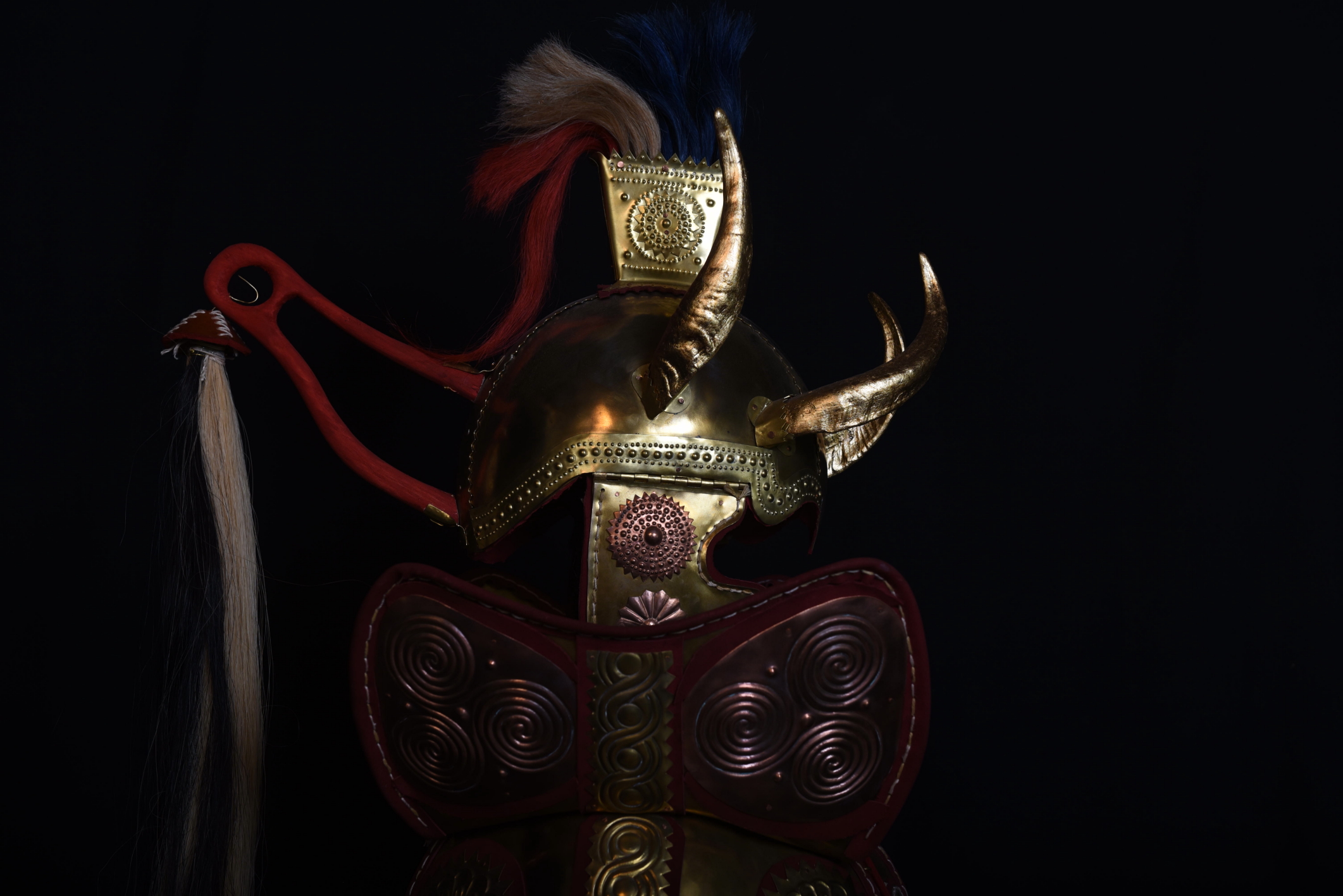 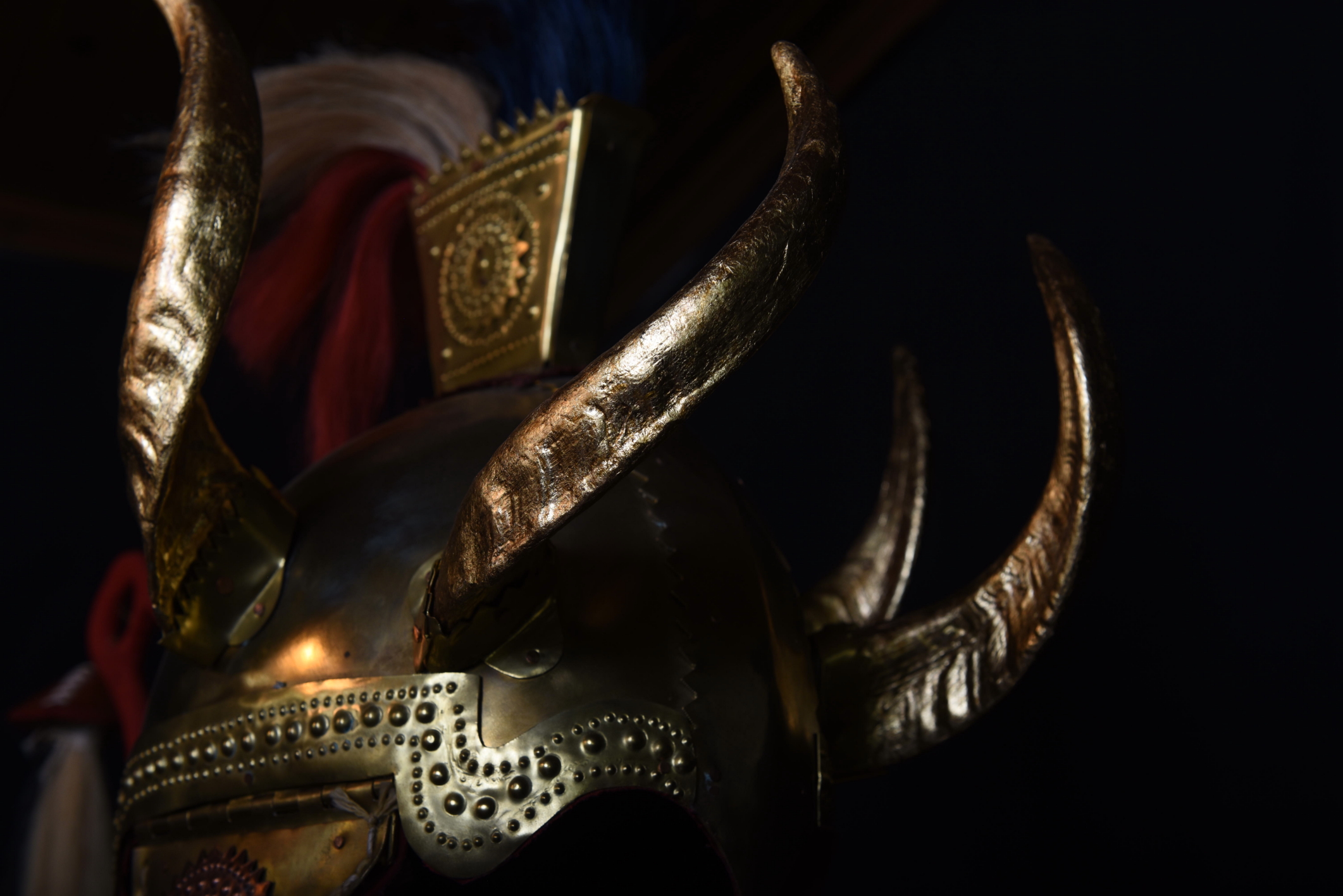