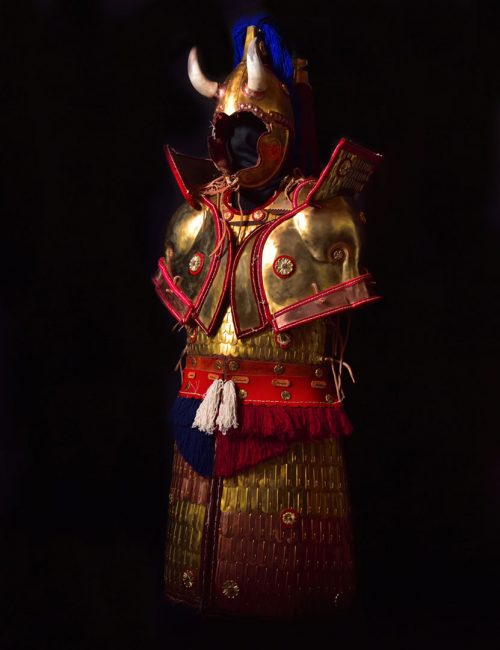 Agamemnon, son of King Atreus, mighty King of Mycenae, commanded the united army of
Achaeans that sailed to Troy. The expedition, ostensibly to avenge the abduction of Helen by the
Trojan Prince Paris, was probably a strategic move to control the straits to the Black Sea.
Agamemnon’s battlefield achievements and heroic deeds can only be compared to those of the
demi-god Achilles. Both are depicted by Homer as lions and destructive fires, invincible and
indefatigable, spreading fear among the Trojan rank and file who run to escape. The king is the only
Achaean warlord who does not need divine intervention to assist or save him in battle, a proud
warrior resplendent in military virtue.
Αccording to the Homeric epic the panoply of Agamemnon was a royal gift sent by the Cypriot
King Kinyras

Presumably, due to the Near East origin of the diplomatic gift this particular panoply would have
been a composite one with overlapping scales as the dominant element, a very common feature of
Eastern armies (but also known, if less common, to the Achaean arsenal). Homer refers to
Agamemnon’s main (Iliad.Xl, 24-25) as having 44 rows (10 of gold, 12 black and 20 of tin) a factor
that obviously increases the complexity of the whole panoply.

Inspired from both military traditions (Mycenaean and Eastern Oriental) the artistic synthesis
incorporates elements of both. The pauldron shoulder guards are made of plate bronze
complementing the composite main armour and the result is astonishing. For this reconstruction
other sources besides the Iliad were used: existing archaeological findings, armour scales from
Kanakia Salamina, contemporary iconography, pictorial representations, relevant artifacts which
undoubtedly depict scale corselets (ivory carvings) etc.

The main body of the armor consisted by two long flexible elements, the frontal and the dorsal.
Both elements cover not only the main torso of the wearer but also the abdomen and the lower legs,
reaching just under the knees. The linen surfaces have been covered with hundreds of individually
handcrafted bronze and copper scales of two different types: smaller scales for the torso and bigger
ones for the rest of the body. At the bottom fringe of the upper (torso) cuirass there is a leather zone
to which are attached two pairs of scaled ‘curtains’ (two frontal and two shorter dorsal ones). The
‘curtains’ are attached with leather cords in an effort to achieve additional flexibility. The fastenings
include eight pairs of loops (three under each armpit, one for each shoulder joint) from which hang
leather cords holding together the two major elements of the armor. For shoulder defense there are
two extra-large composite pauldrons made of bronze designed to cover the upper arm in accordance
with the prevailing fashion of the Late Helladic era. The two oversized pauldrons ‘wrap’ entirely the
upper torso creating an intriguing cultural mix between the Aegean and the Orient.

Agamemnon’s helmet is made of bronze as well and it consists of a two-piece dome, two
anatomical cheek guards and two impressive decorative crests. One of these is conical shaped and
placed atop the helm with a blue woolen plume attached while the second one is placed further
back, supported by a crane-like bronze base. Two pairs of decorative motifs (floral and star-like
appliques) adorn the helm, with a pair of natural horns placed towards the front. Finally, handstiched
purple leather on the rims completes the appearance of the helmet and woolen padding
lines all the inner surfaces. A helmet for a high ranking military warlord truly designed to instill fear
unto his enemies, according to Homer (Iliad XI, 41-42)! 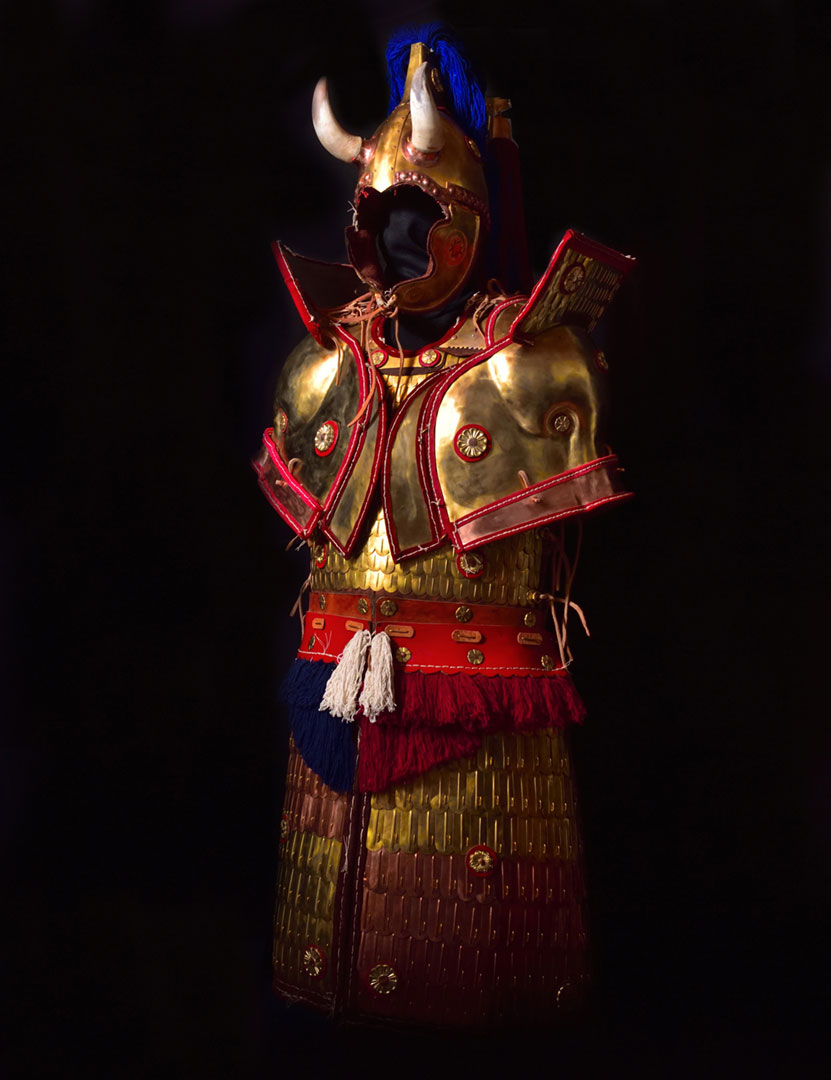 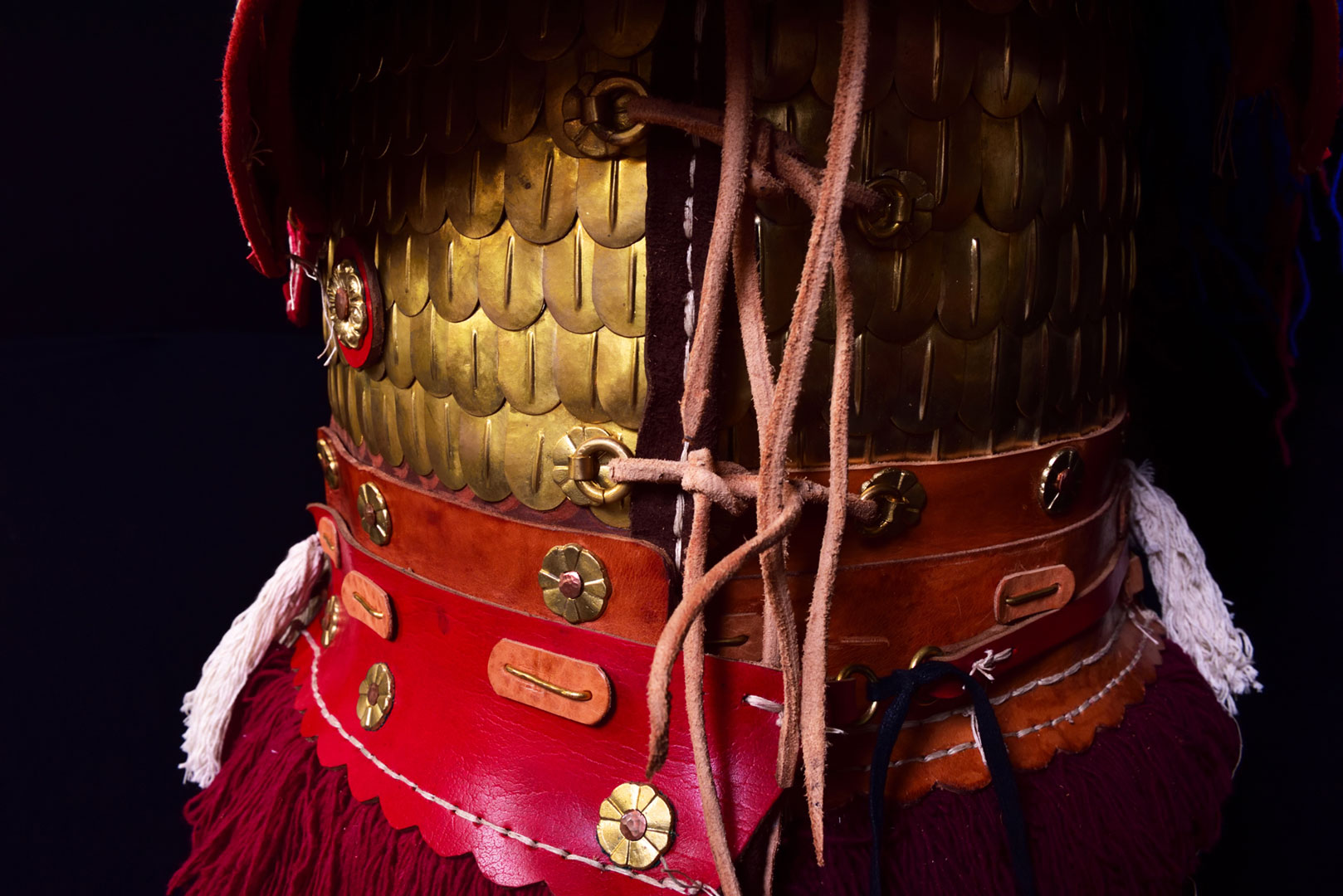 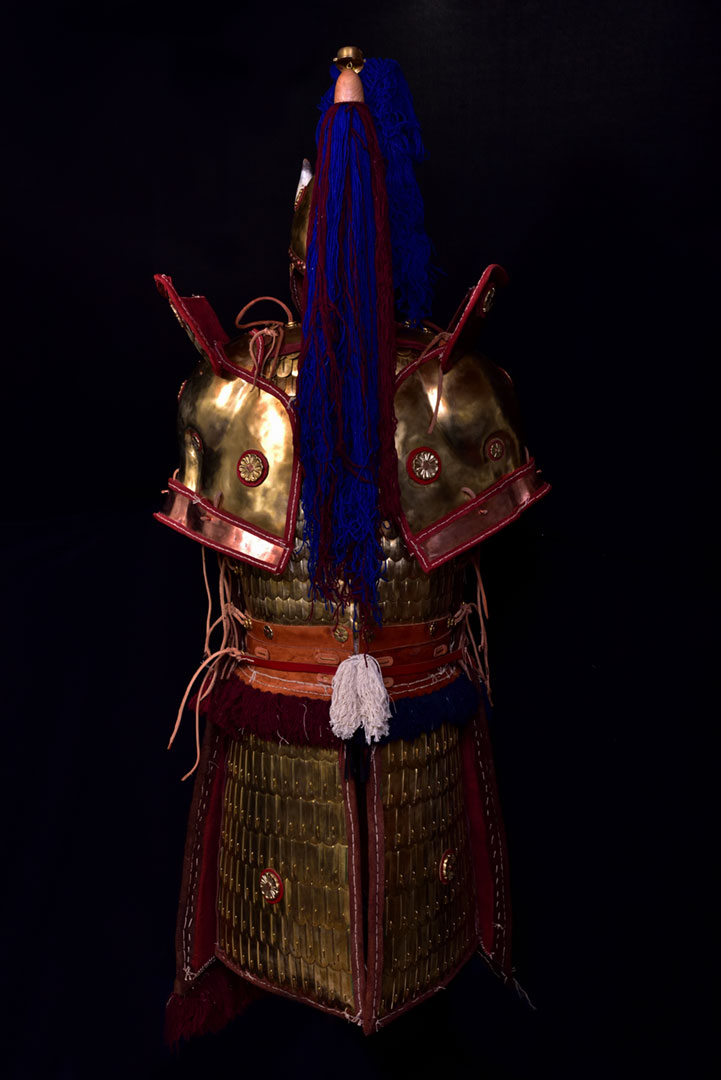 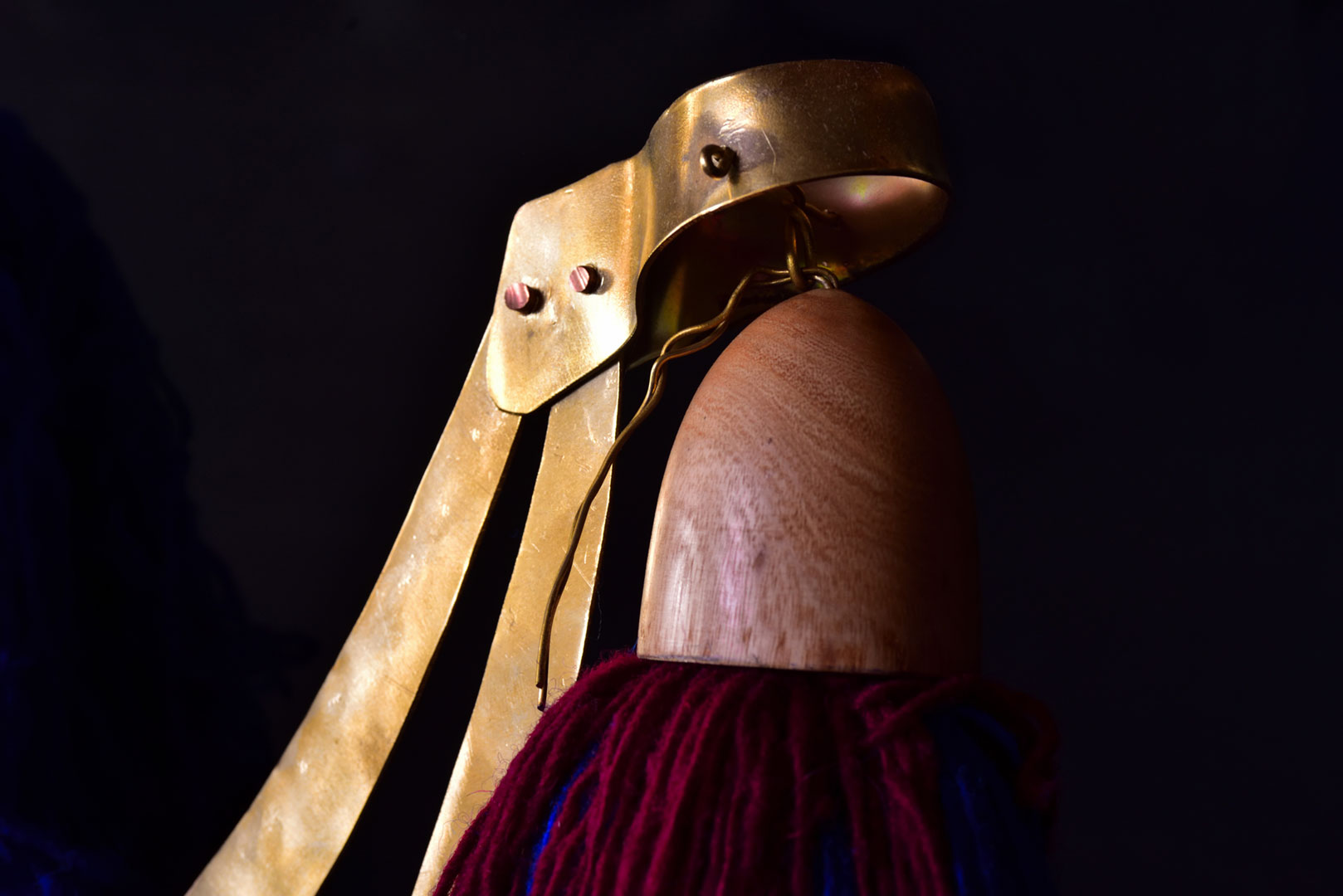 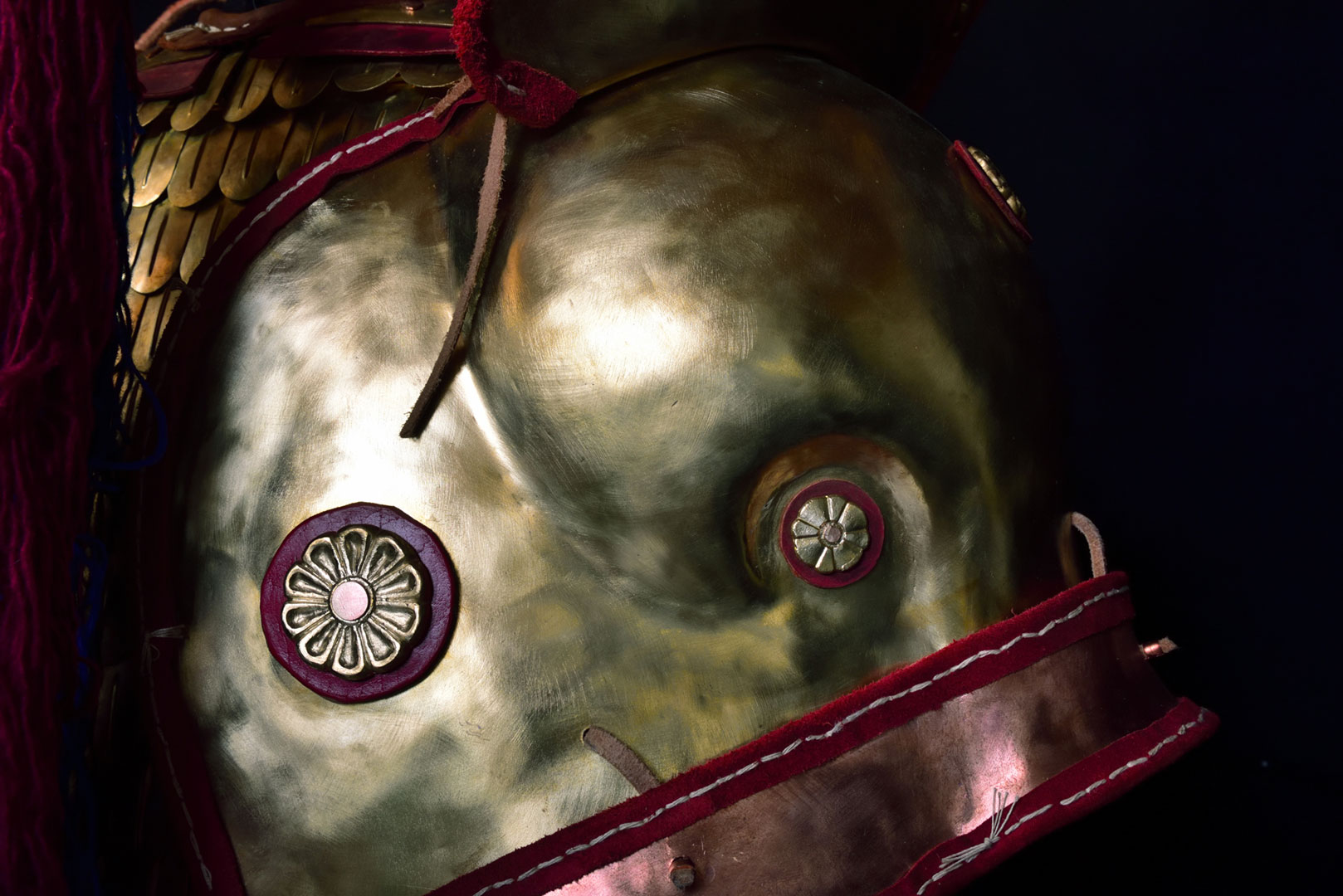 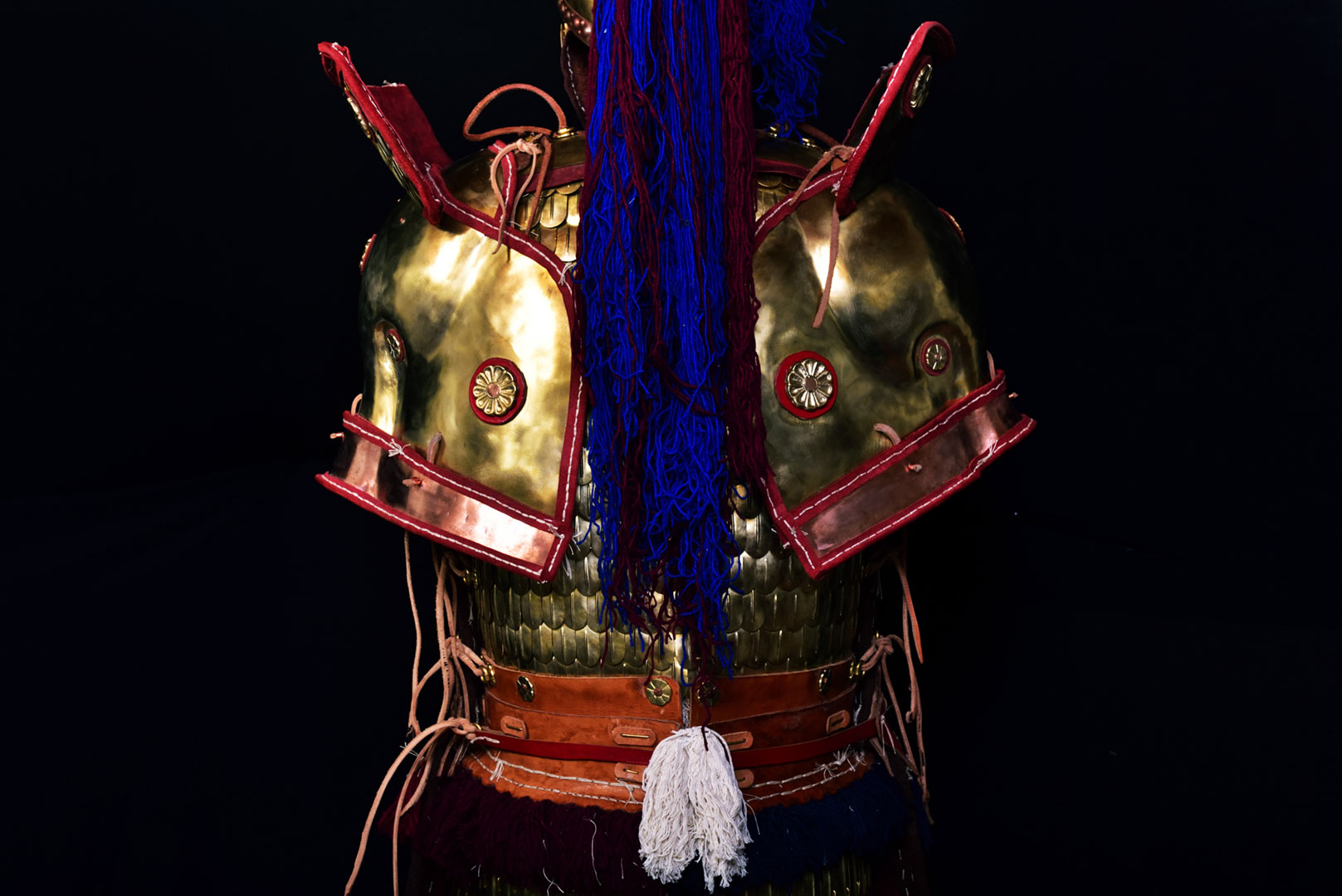 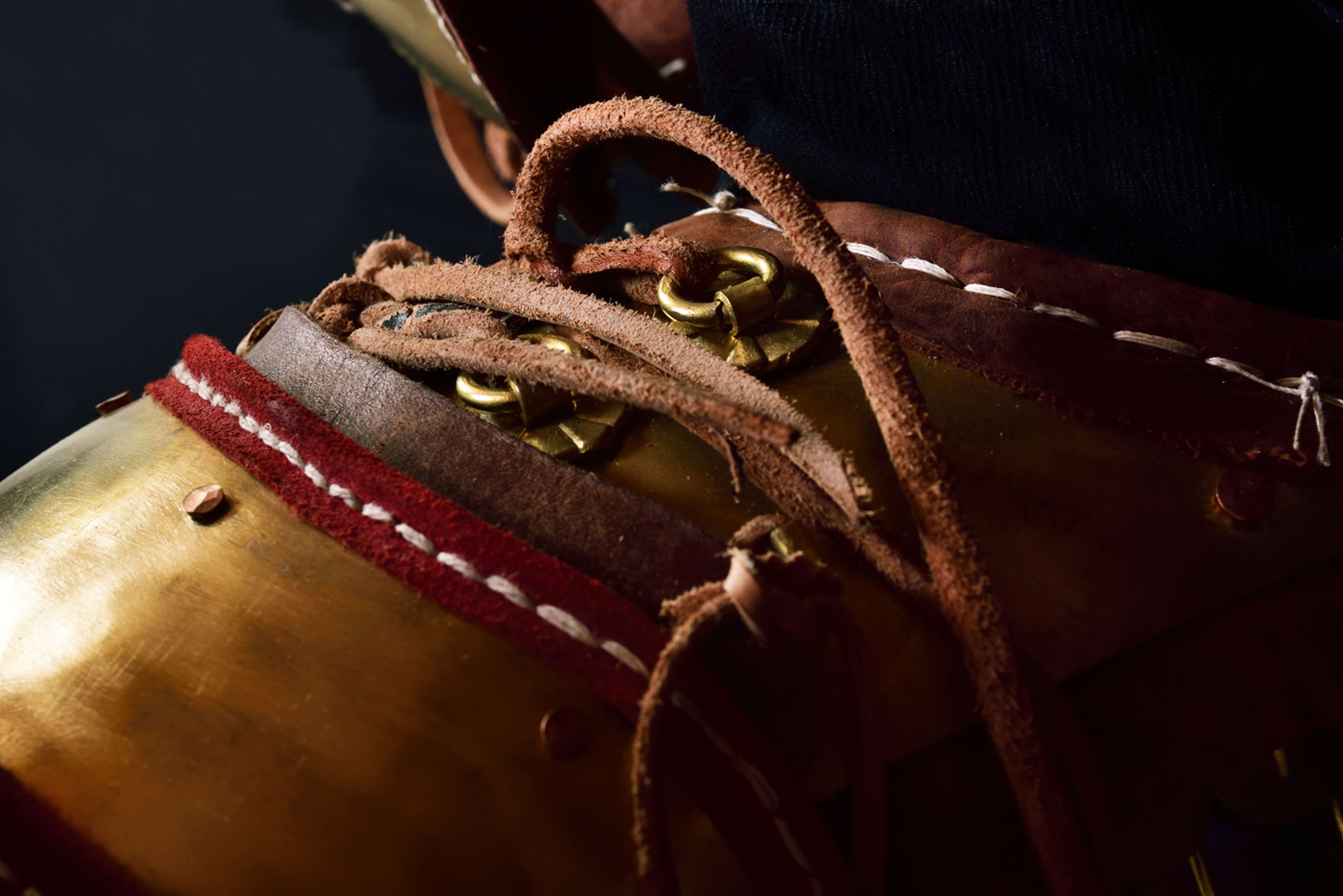 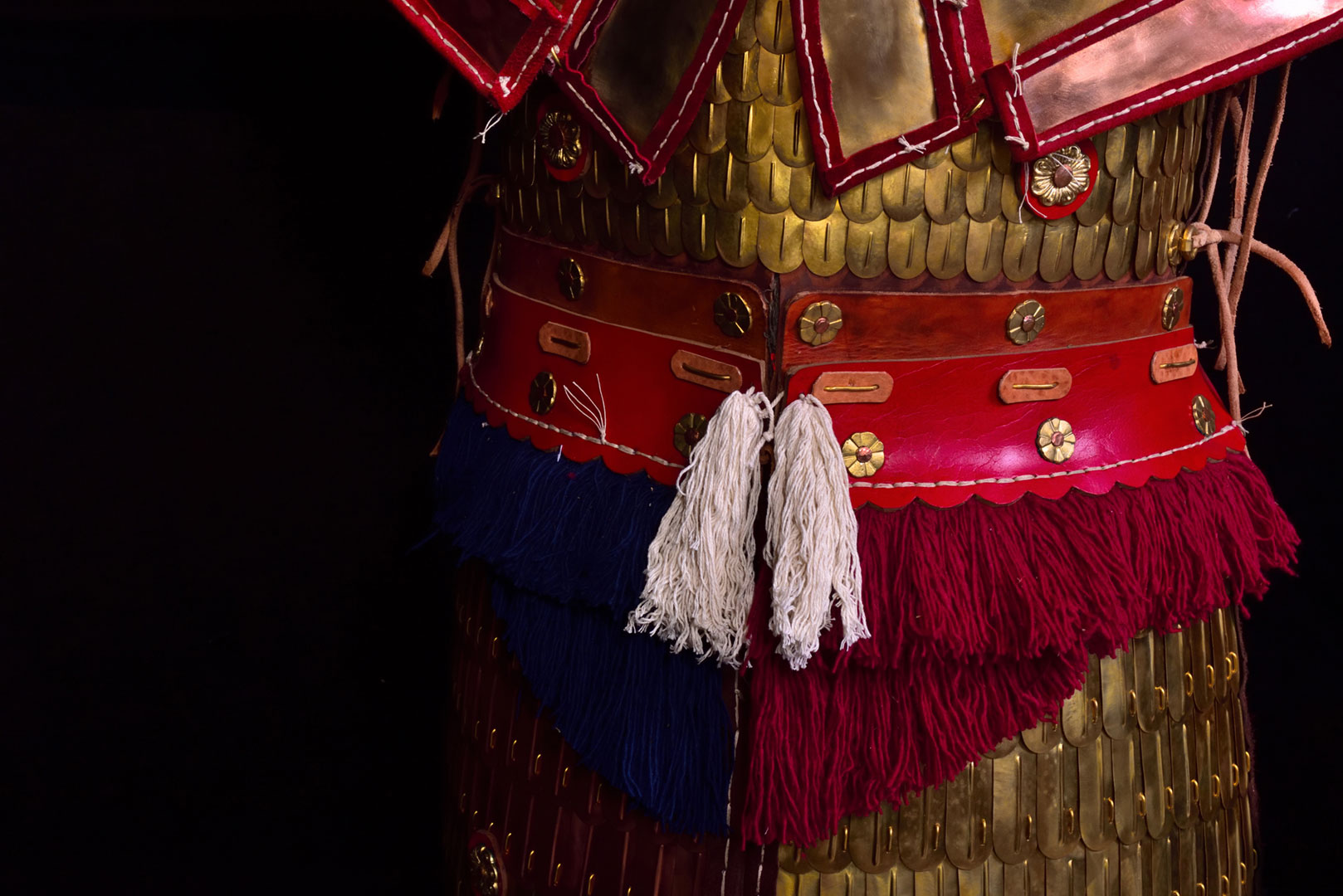 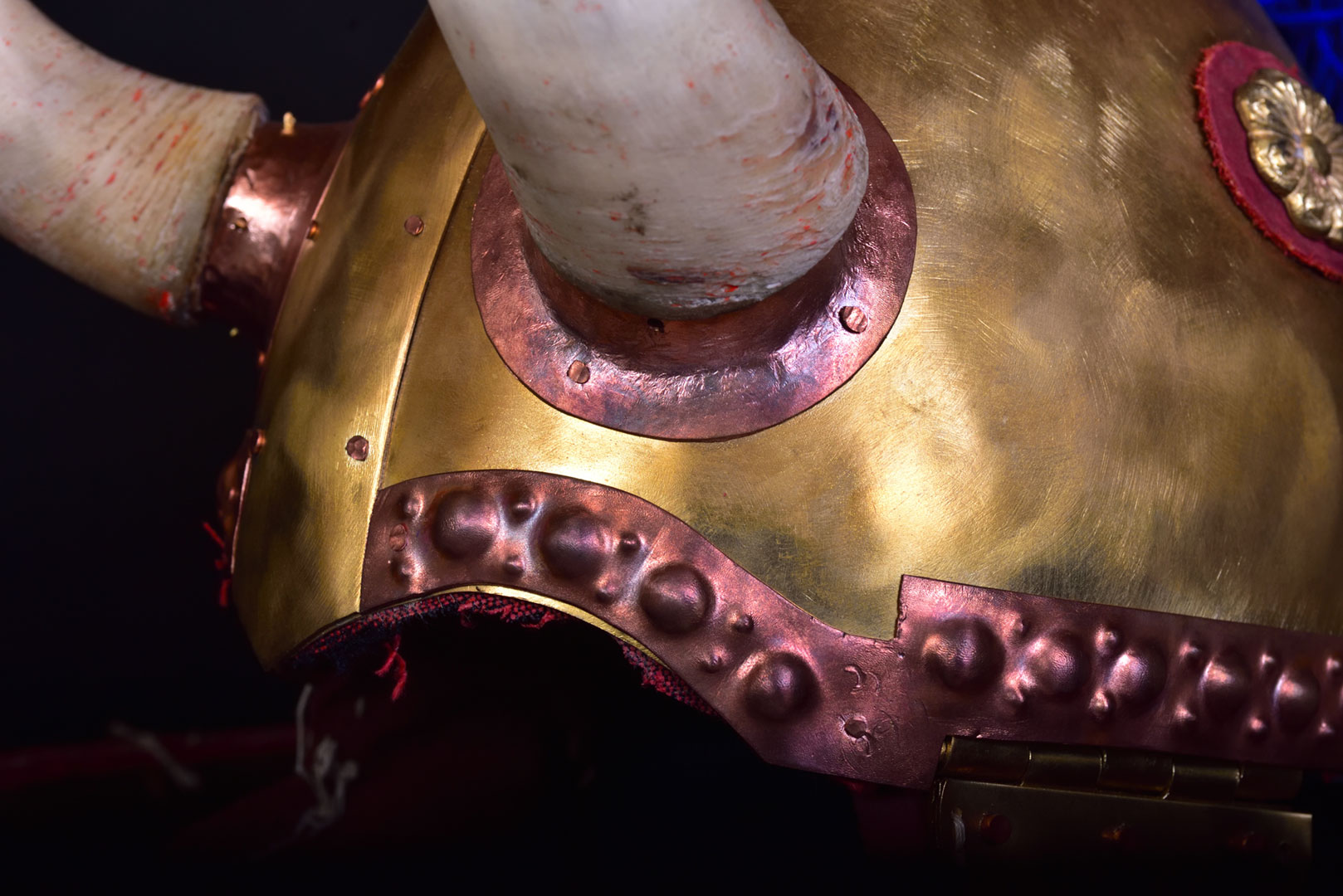 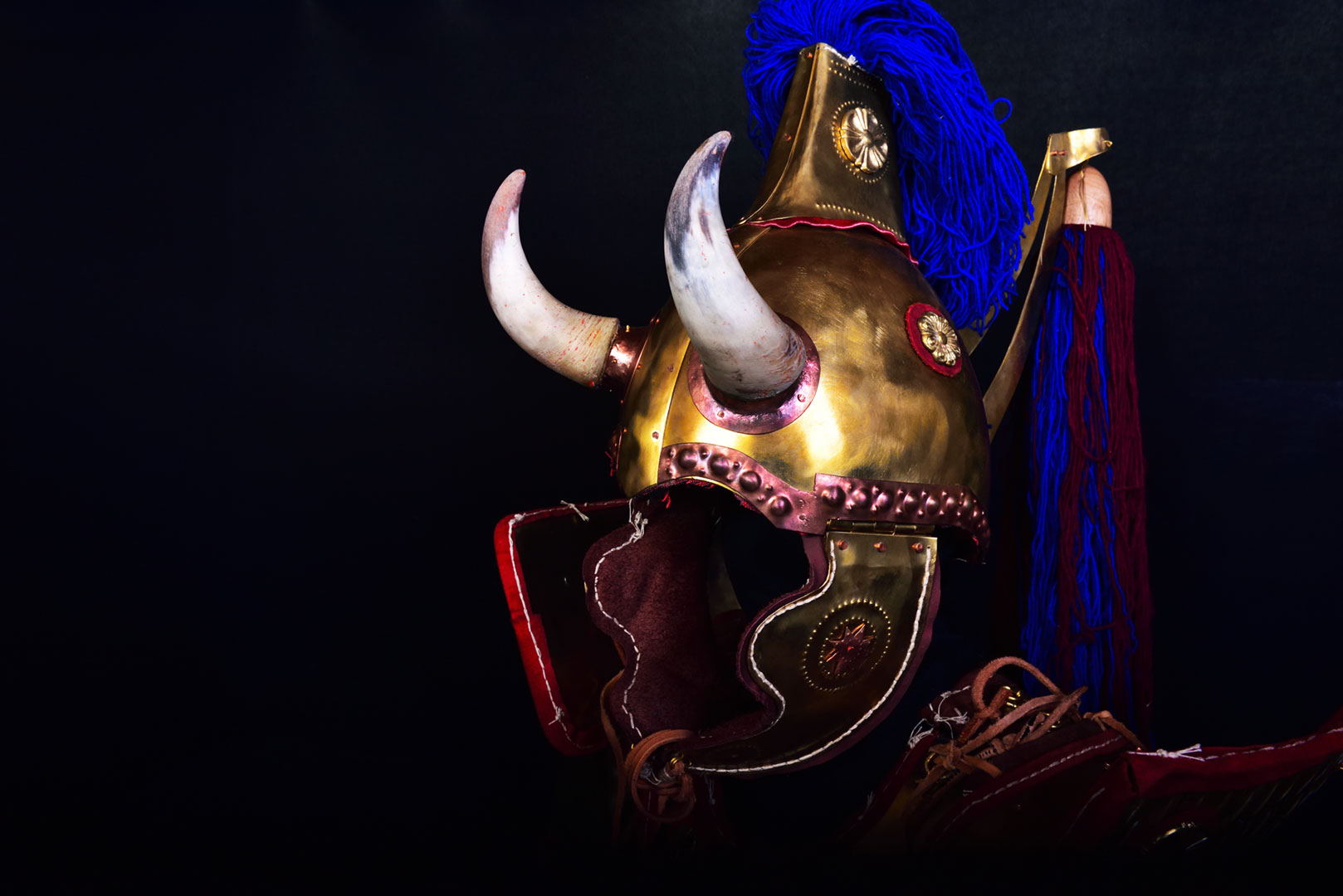 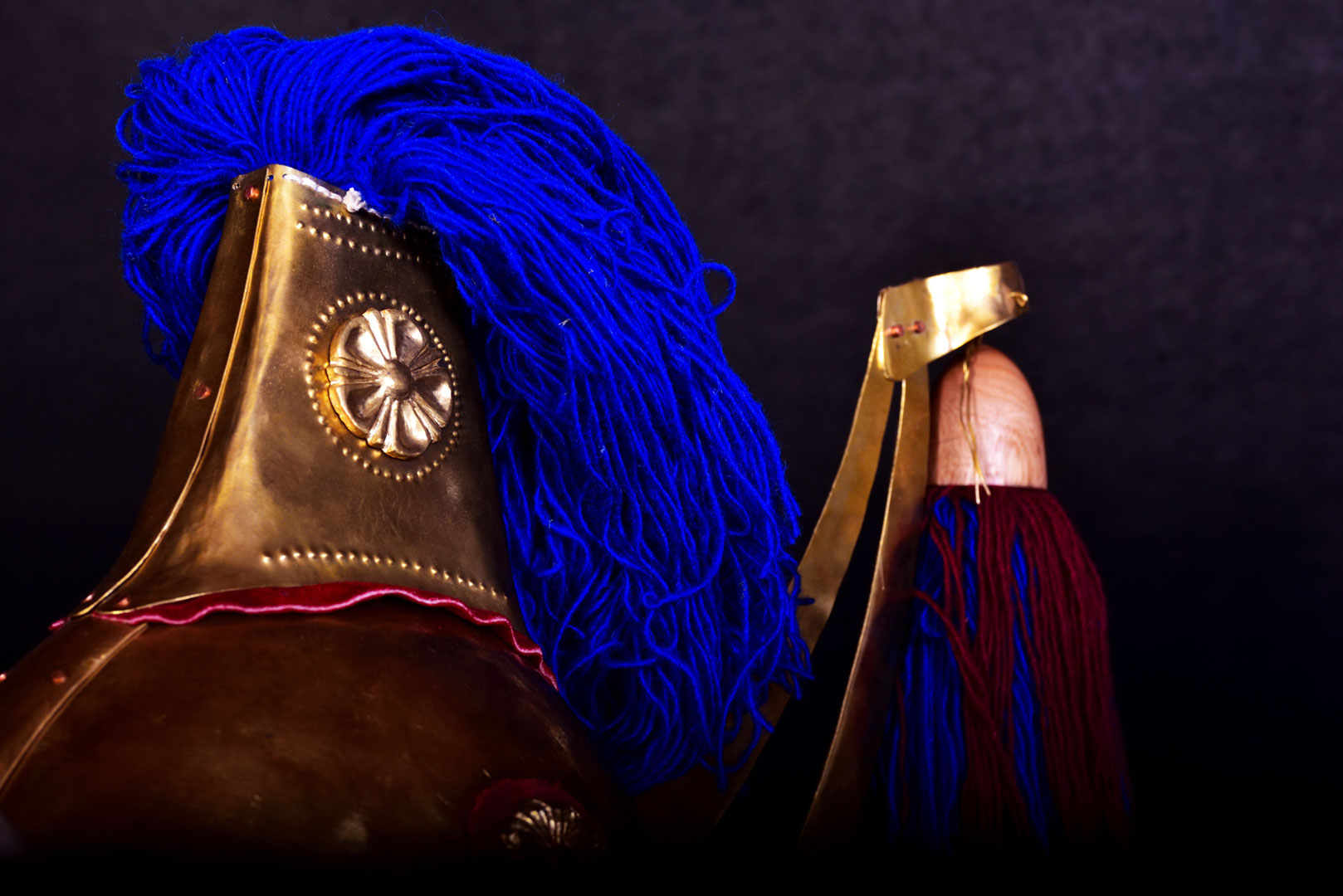 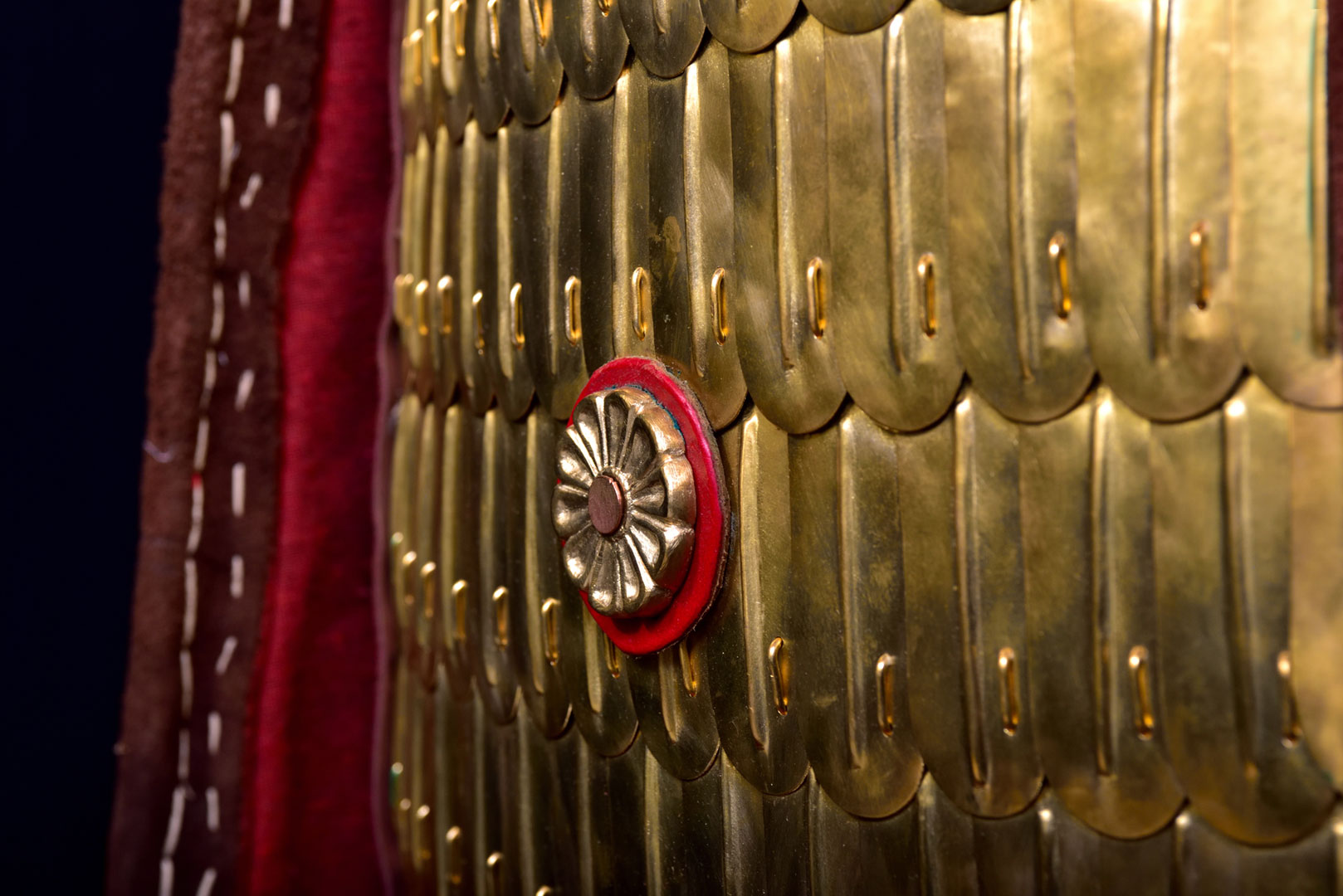 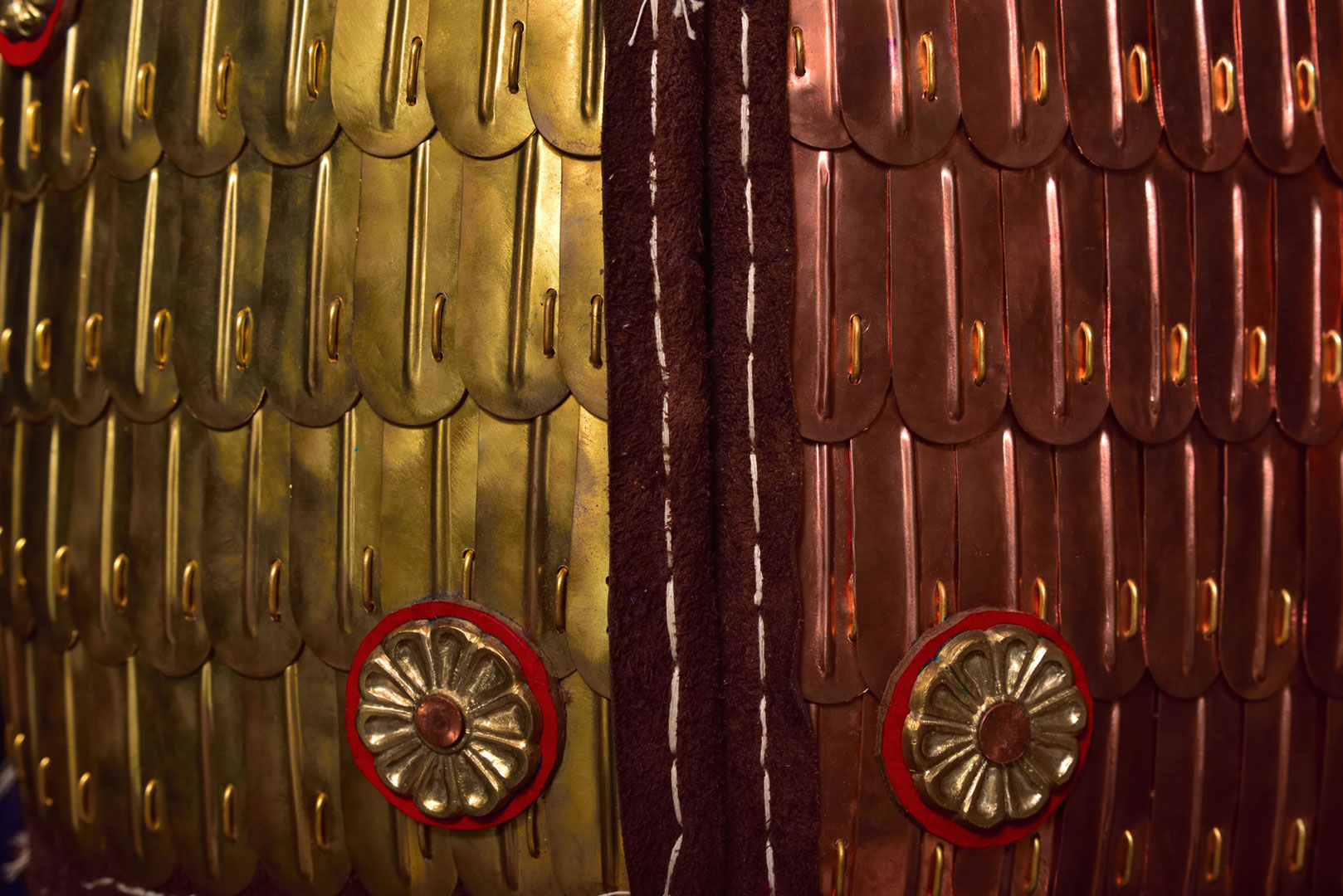 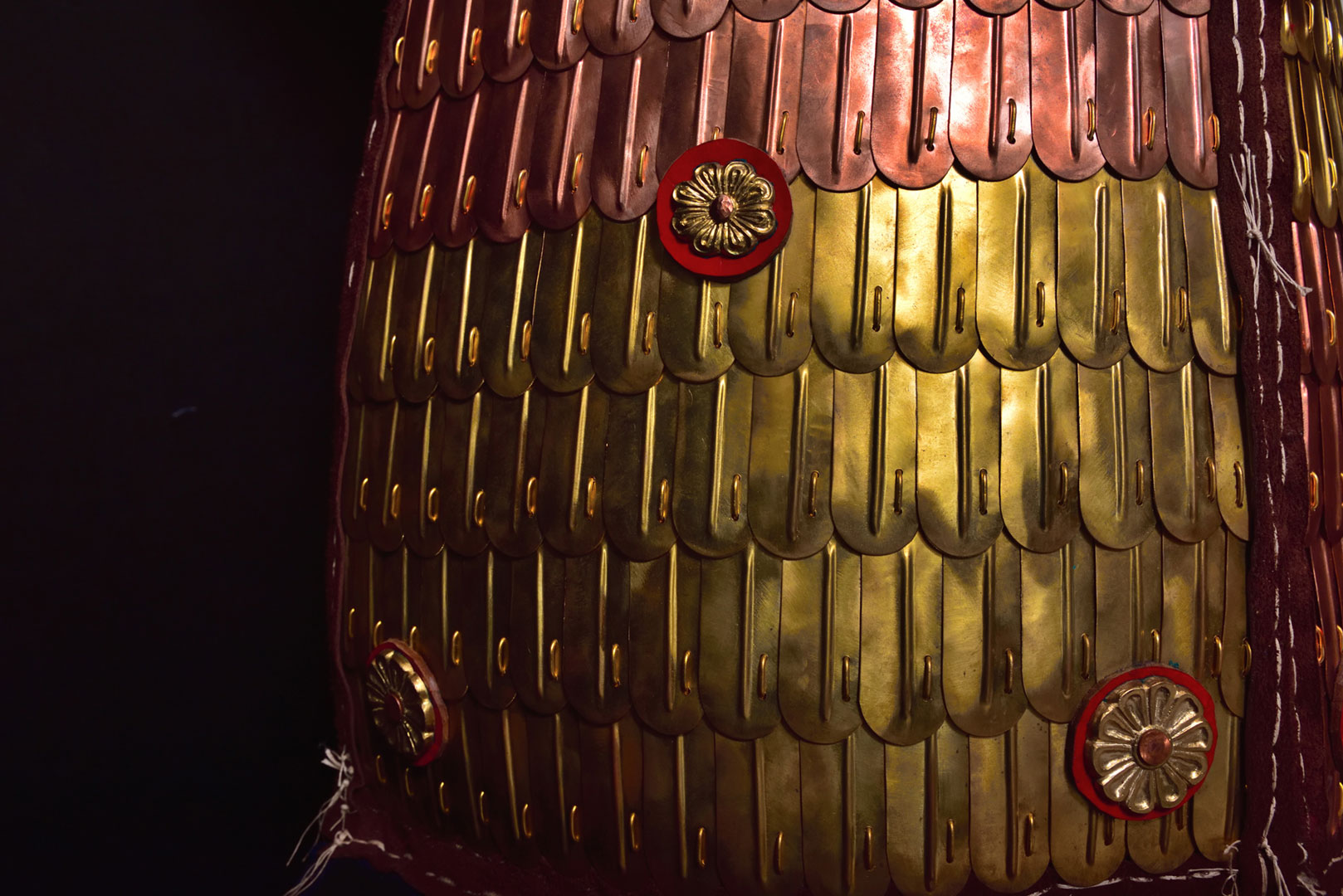 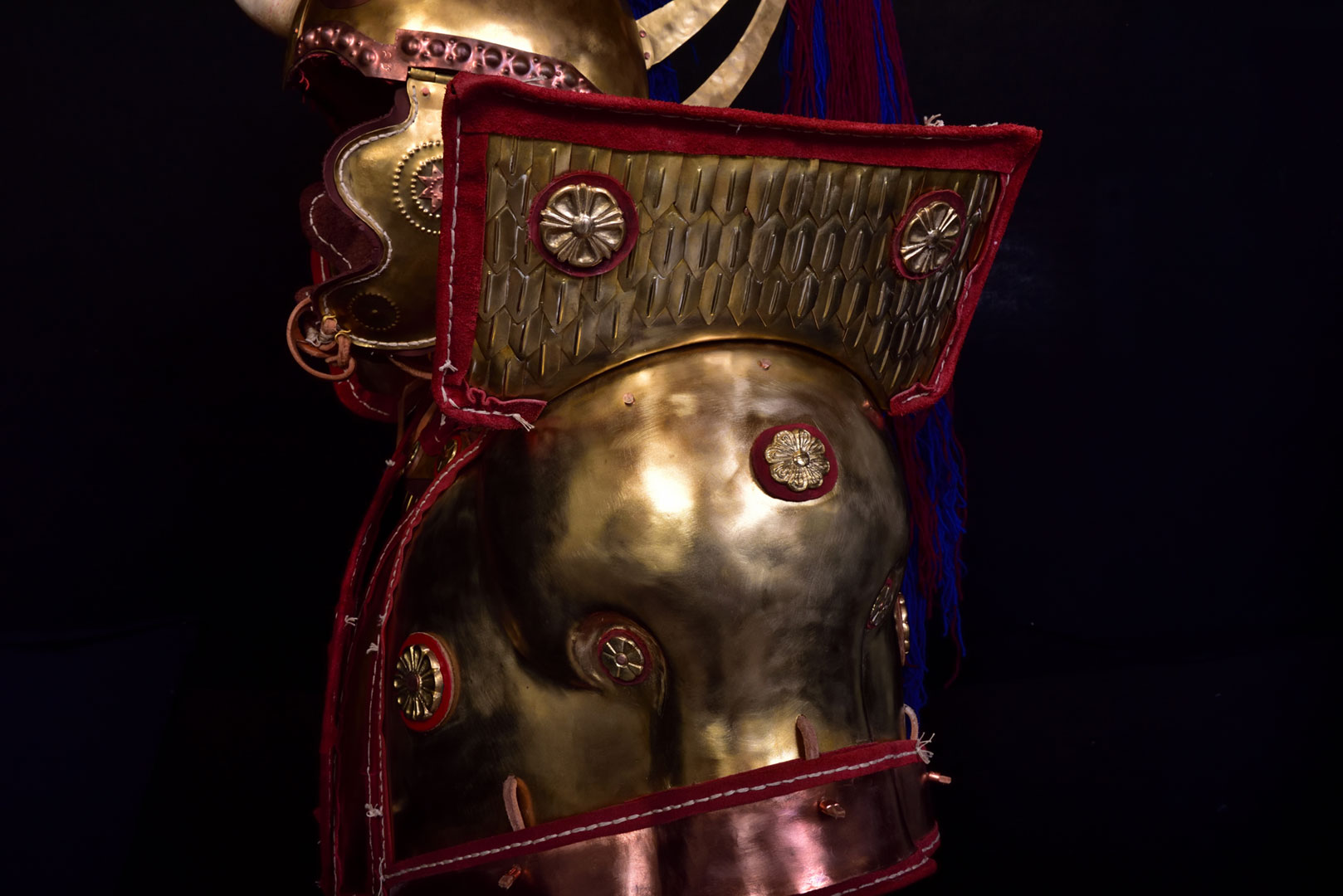 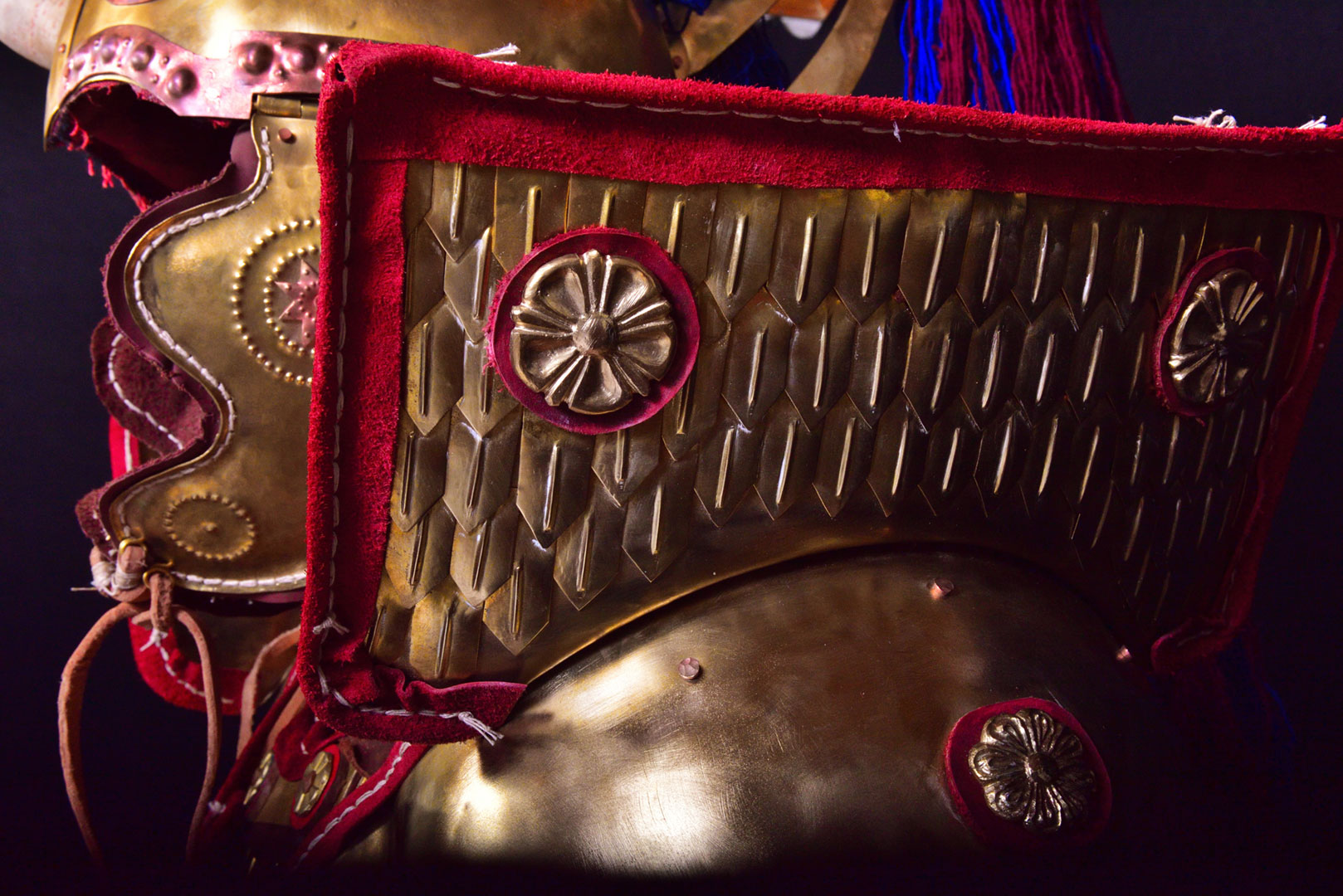 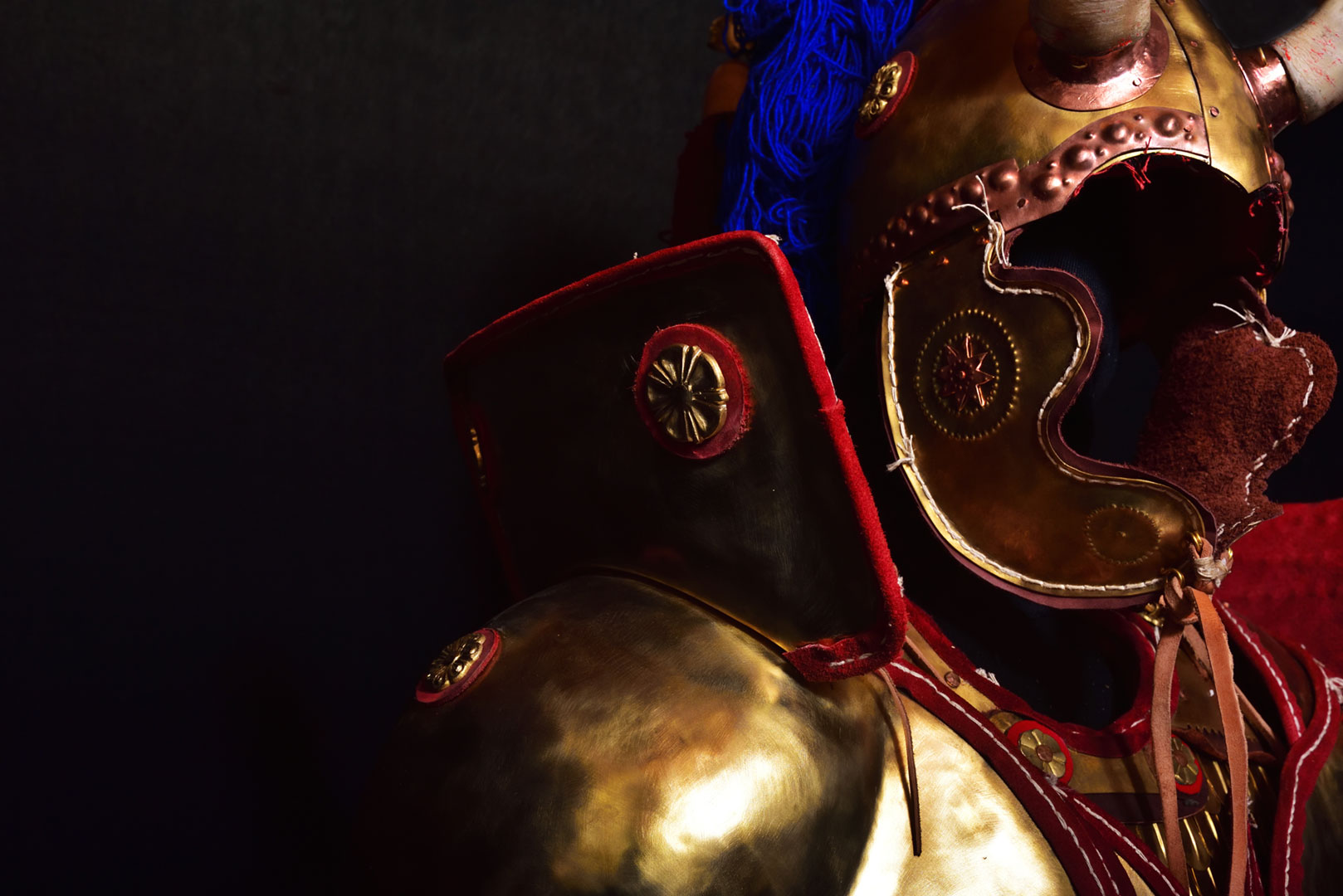 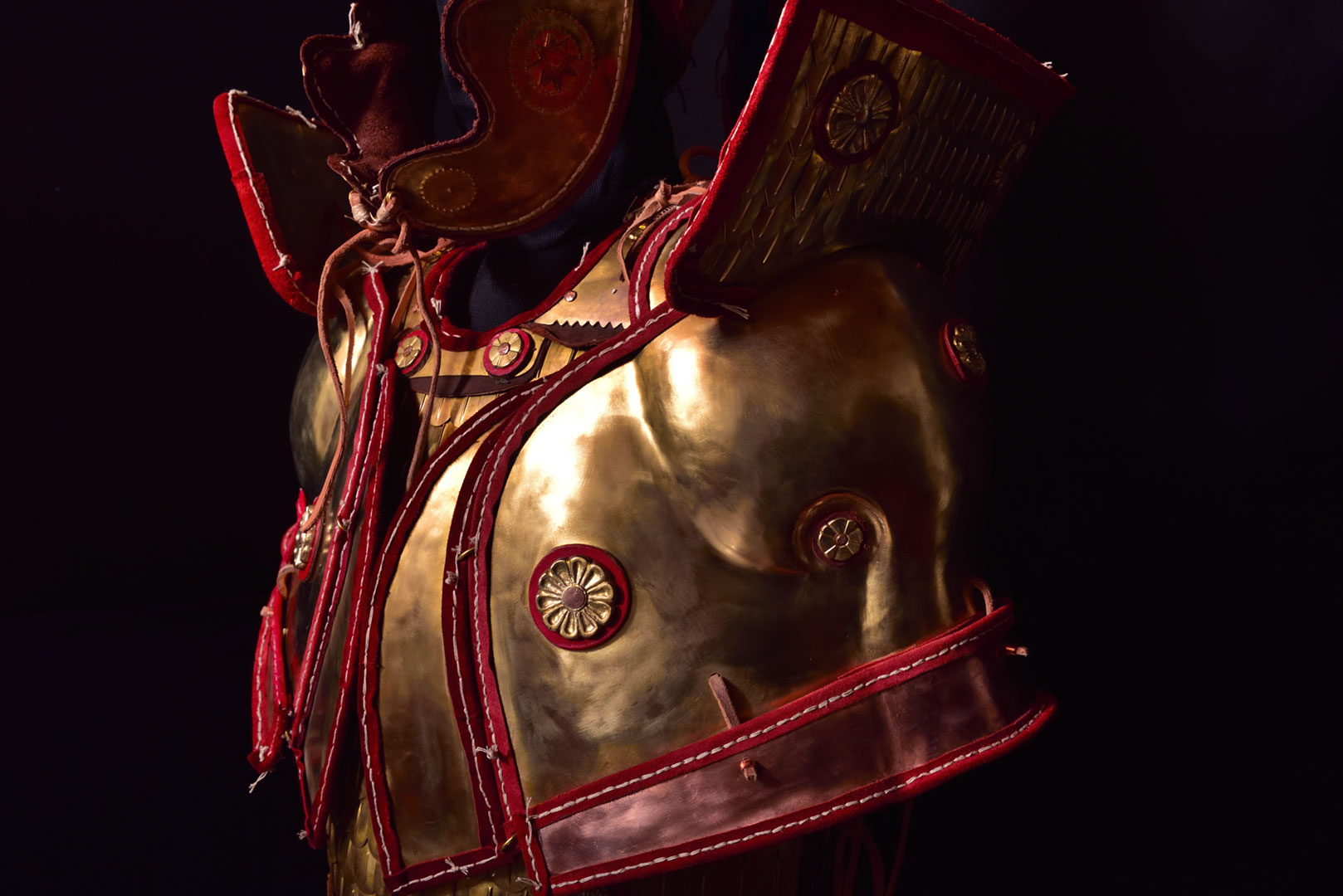 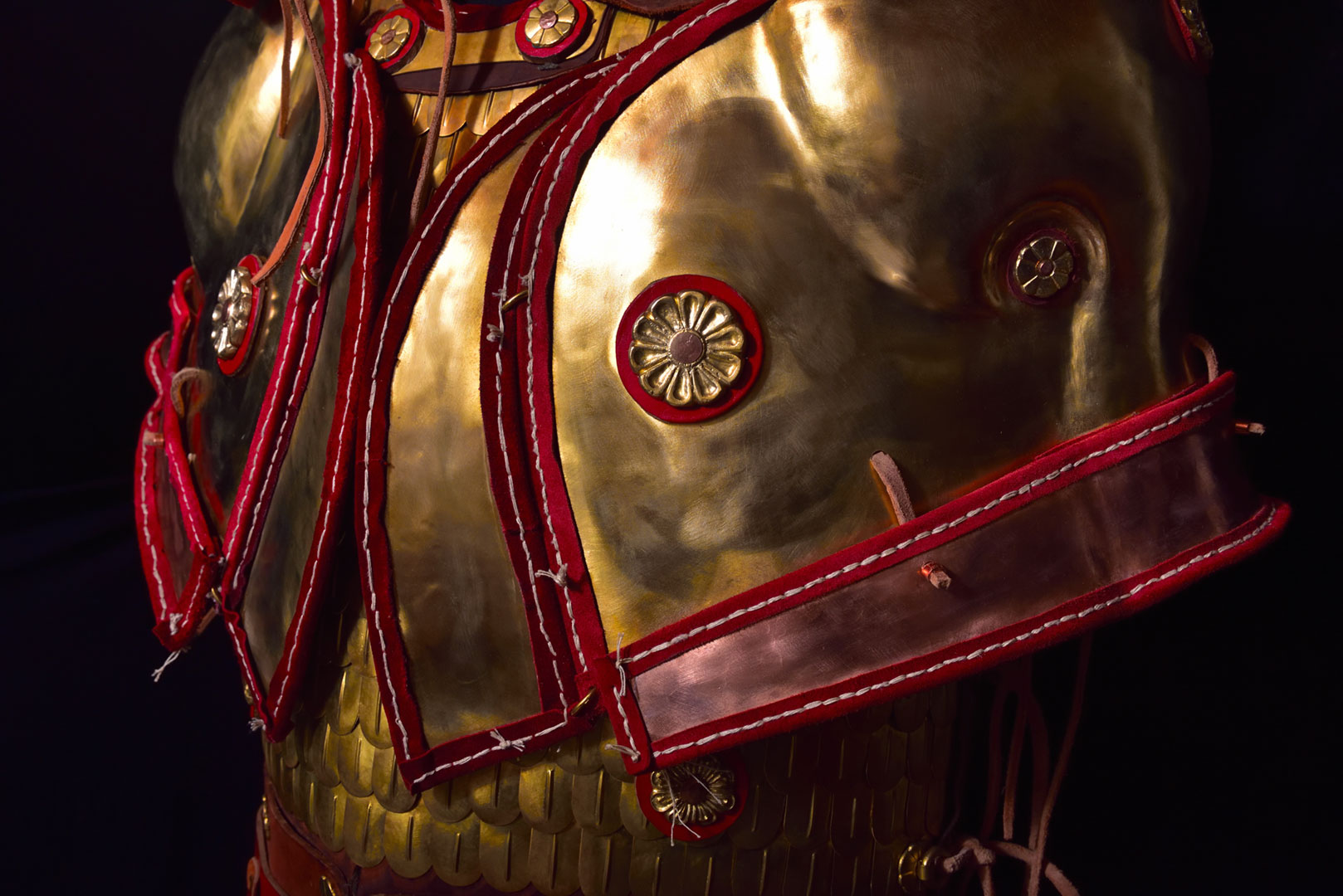 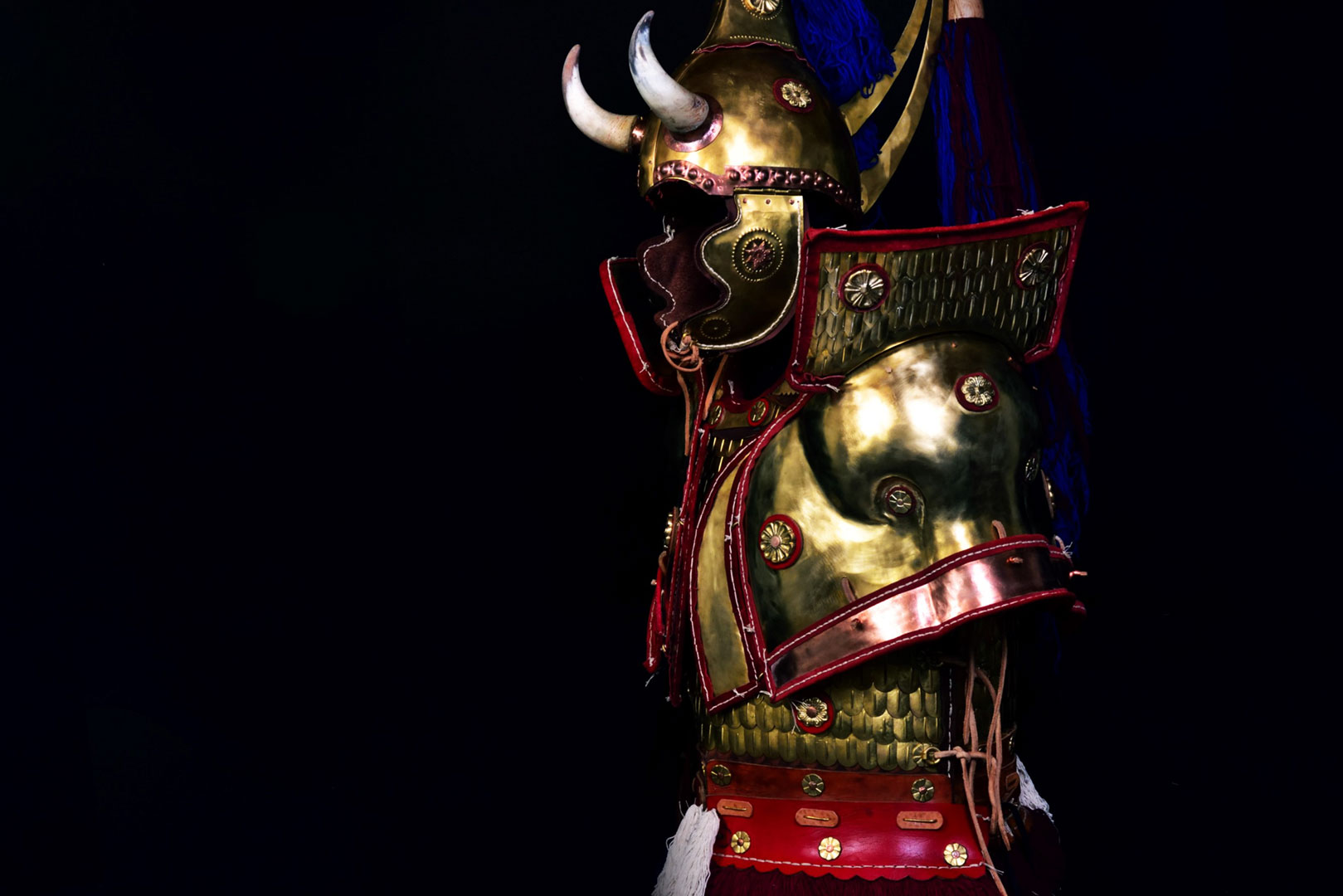 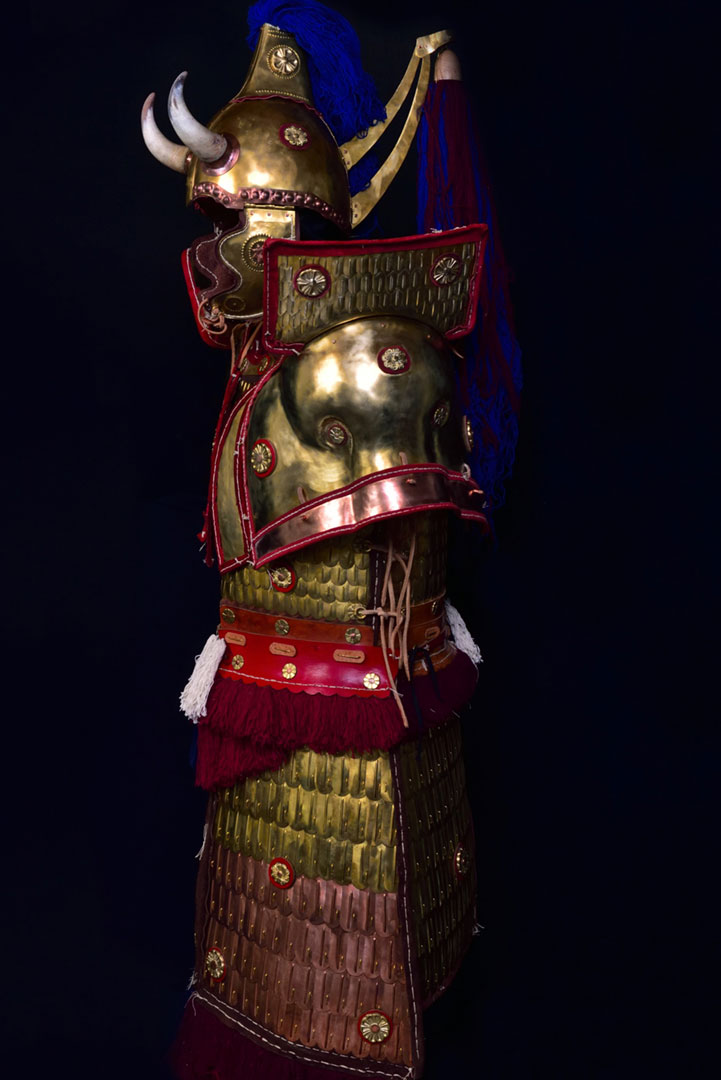