Very few intact archaeological examples of metal leg protection from the ancient Greek world have
been preserved to the present day. The best intact pair of guards are currently displayed at the
British Museum. They were excavated near Ruvo di Puglia in the Apulia region of southern Italy,
and most probably were made in a Greek workshop of the area, around the late 6th or early 5th
century B.C. After around 480 BC, their usage would have been limited, as they ceased in use when
they went out of fashion along with the early, cumbersome hoplite panoplies.
The guards have been made of beaten bronze sheet and each of them consists of two main elements,
the main one covering the instep area and the minor one the toes. The two components are highly
anatomical and connected between them with a long horizontal ring (fitted with rivets) which
enables freedom of movement during marching. The armourer attempted to copy the anatomy of the
upper foot and this explains the highly naturalistic plasticity of the design; all the toe details are
visible.
The inner sides have been lined with soft organic materials (wool and leather). Thick leather straps
on the back and underneath hold them well in place. 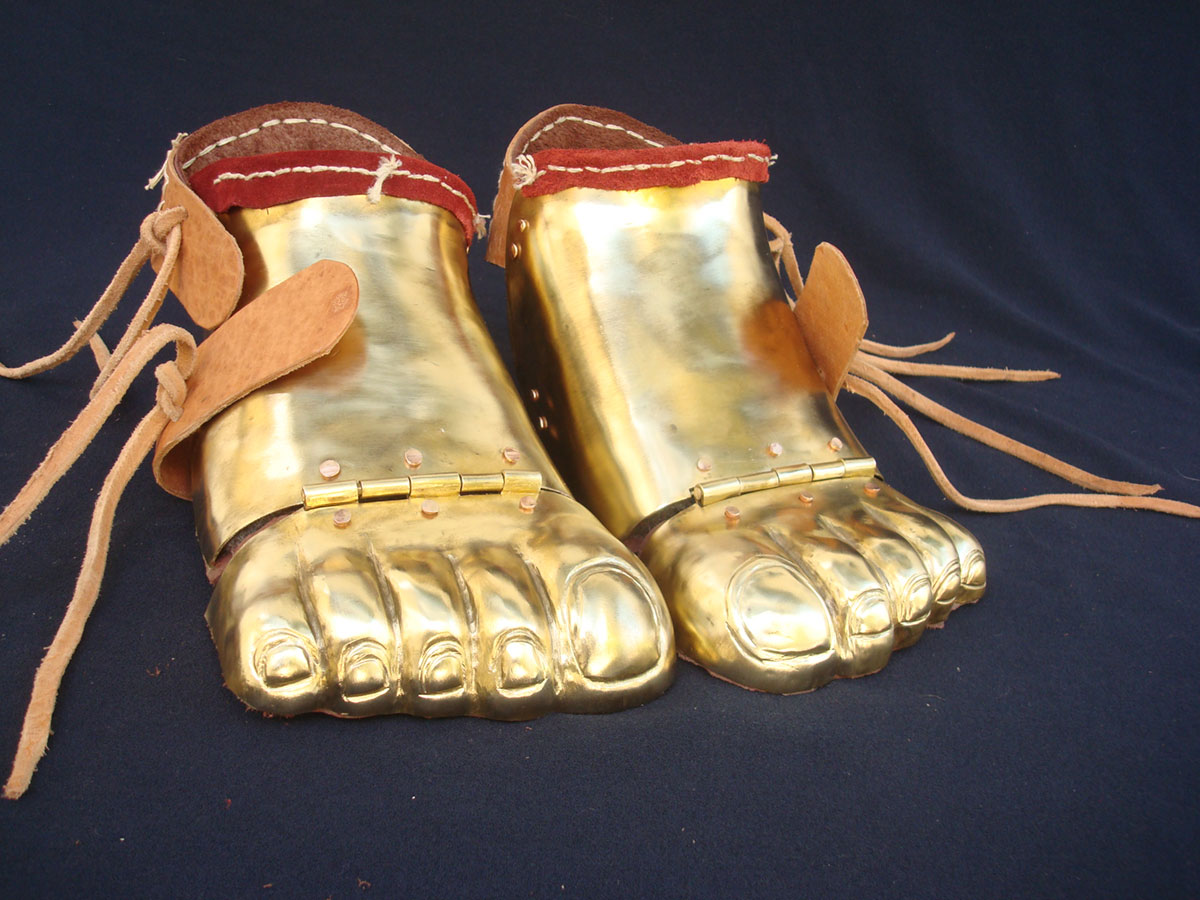 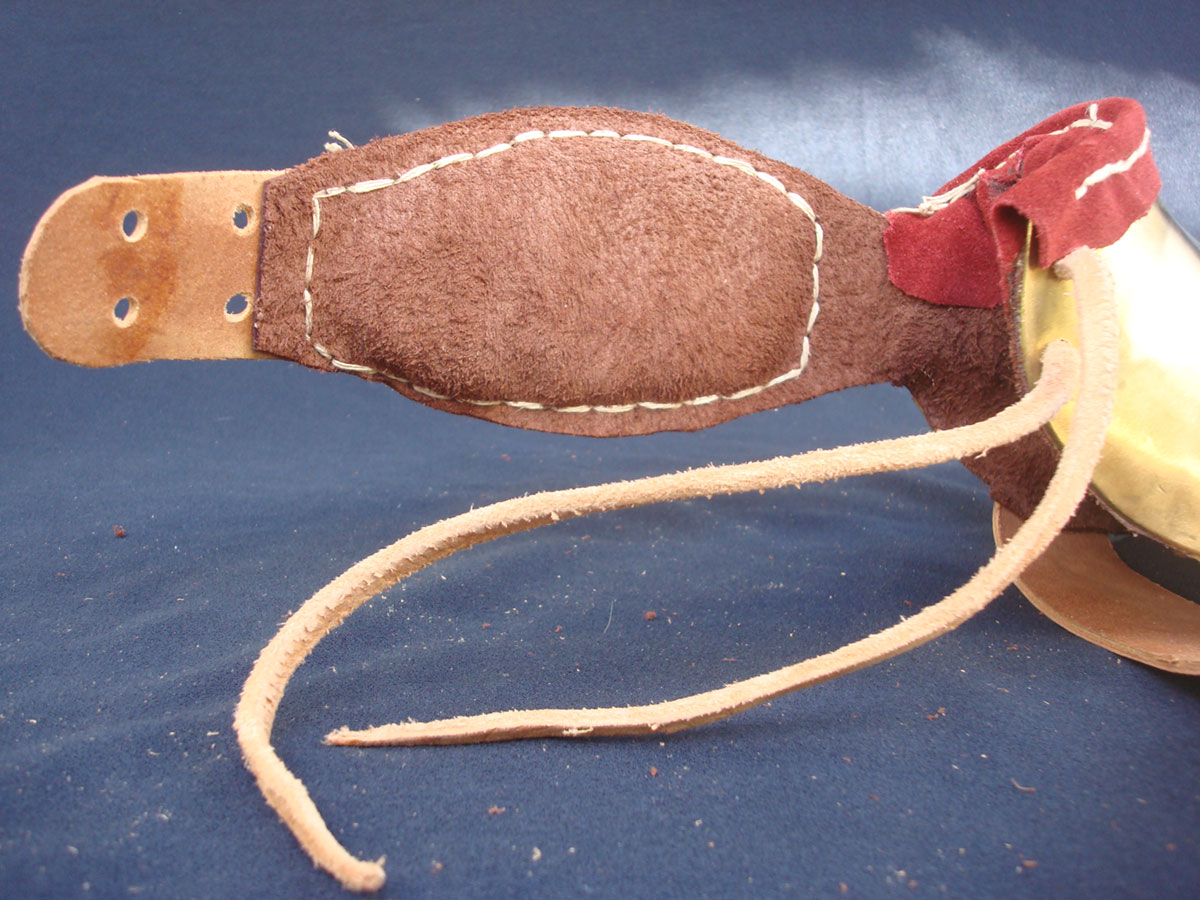 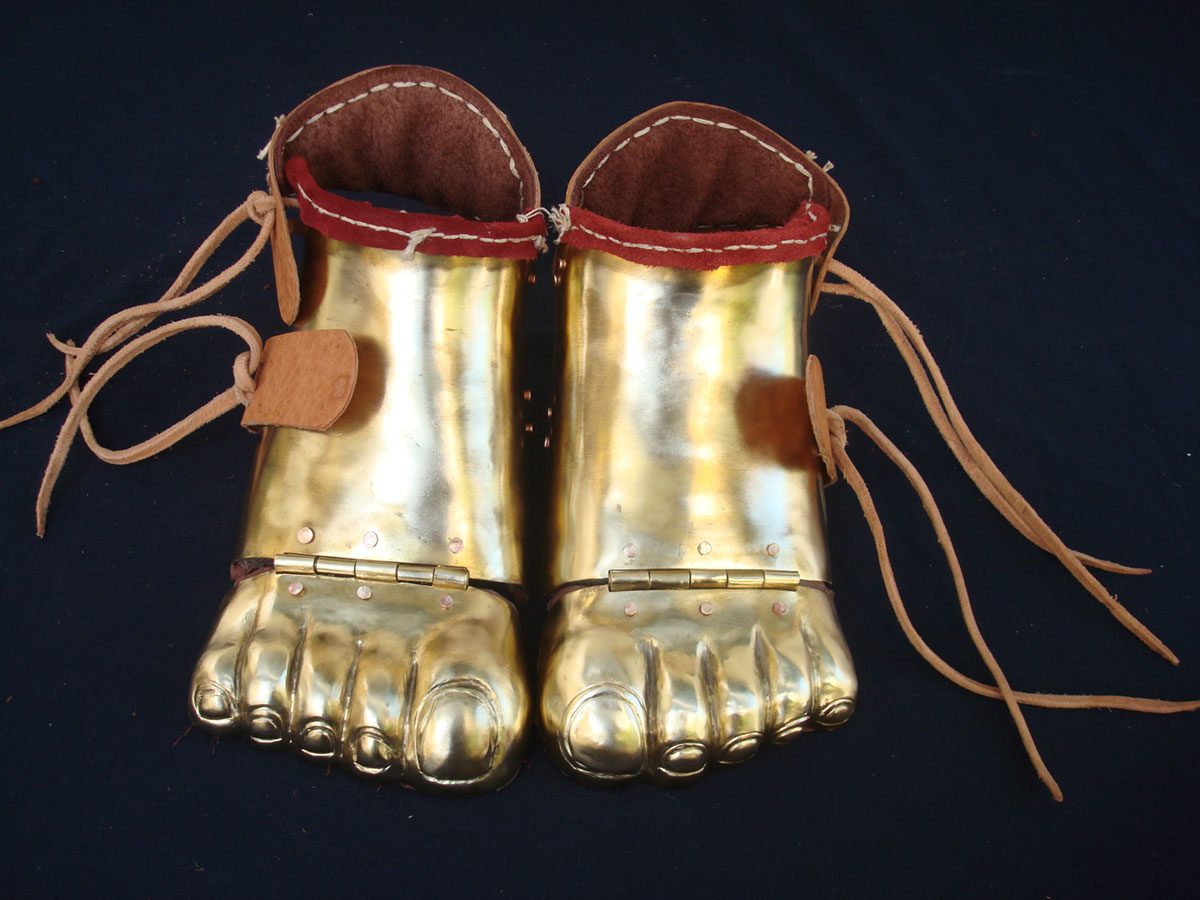 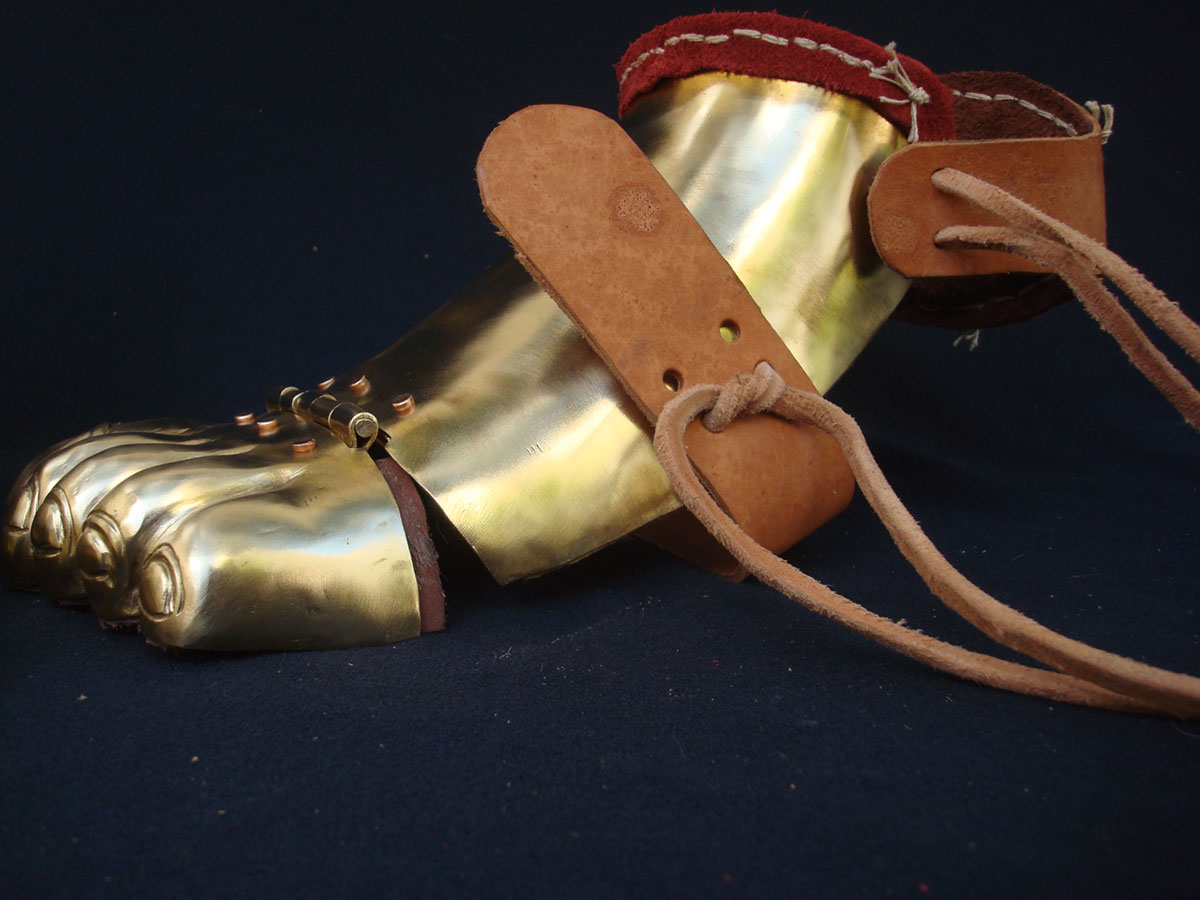 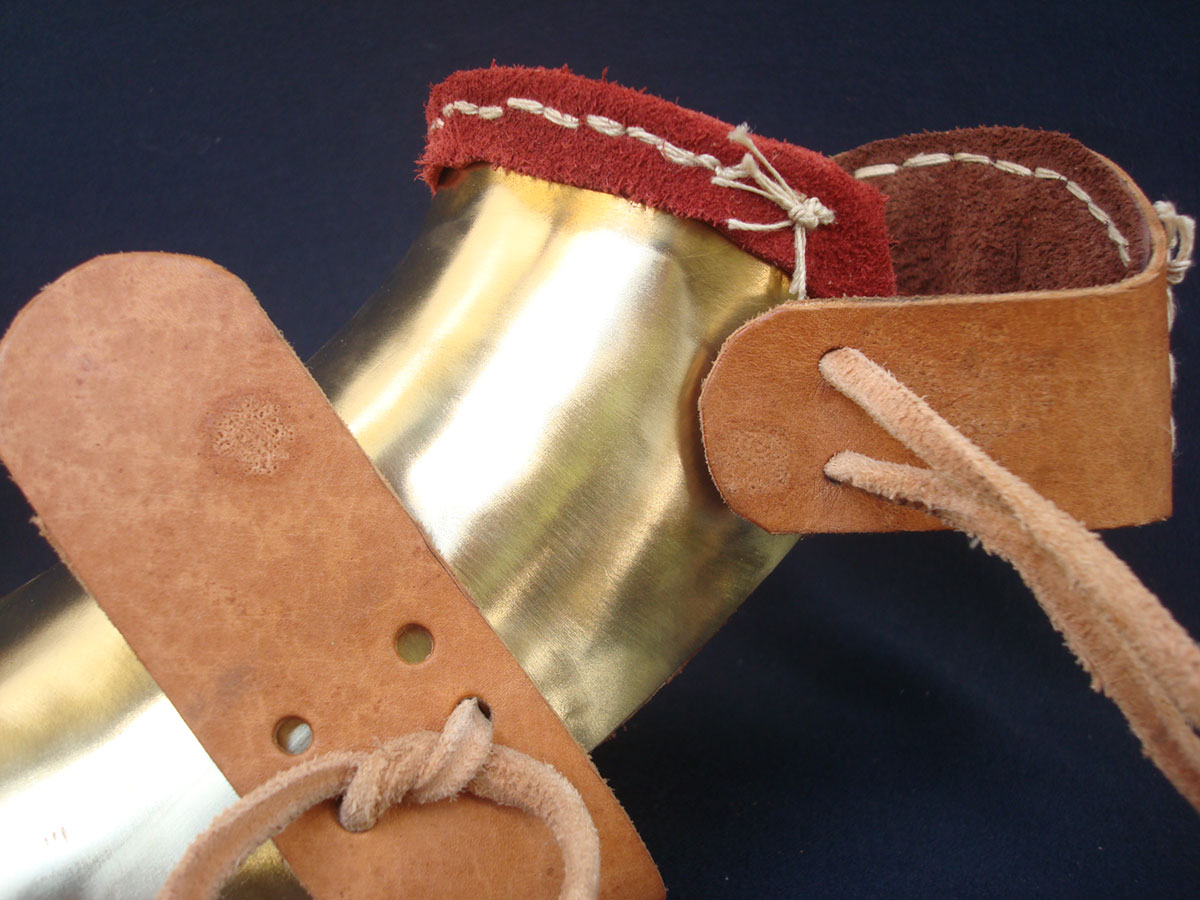 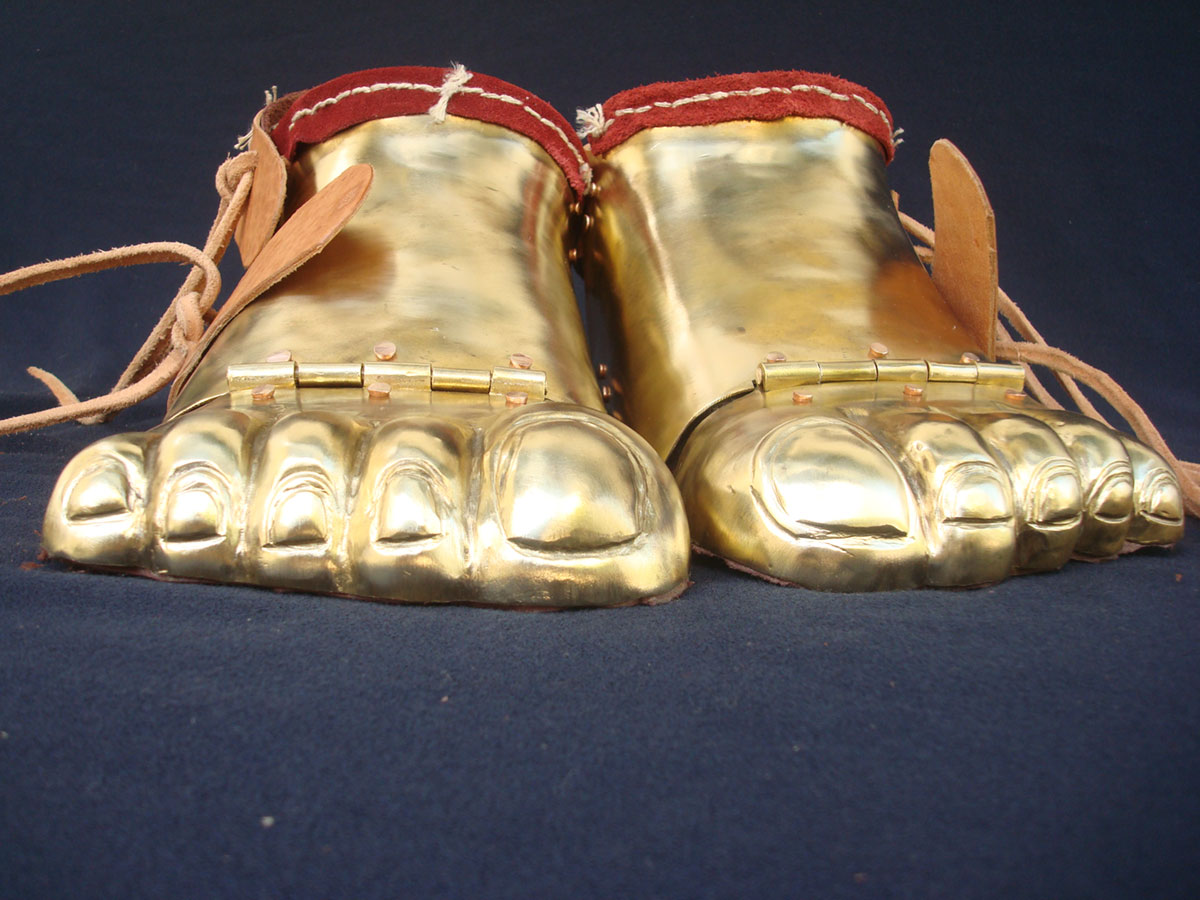 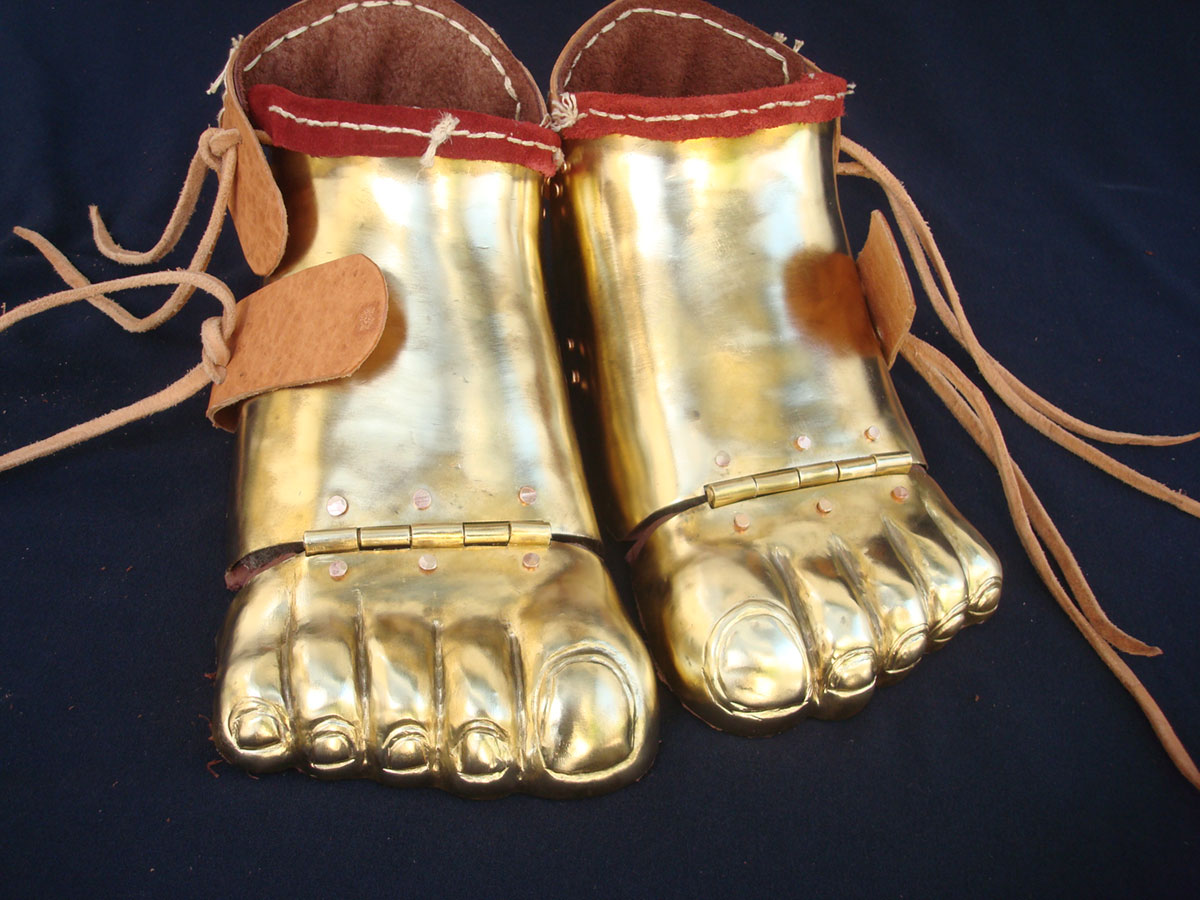 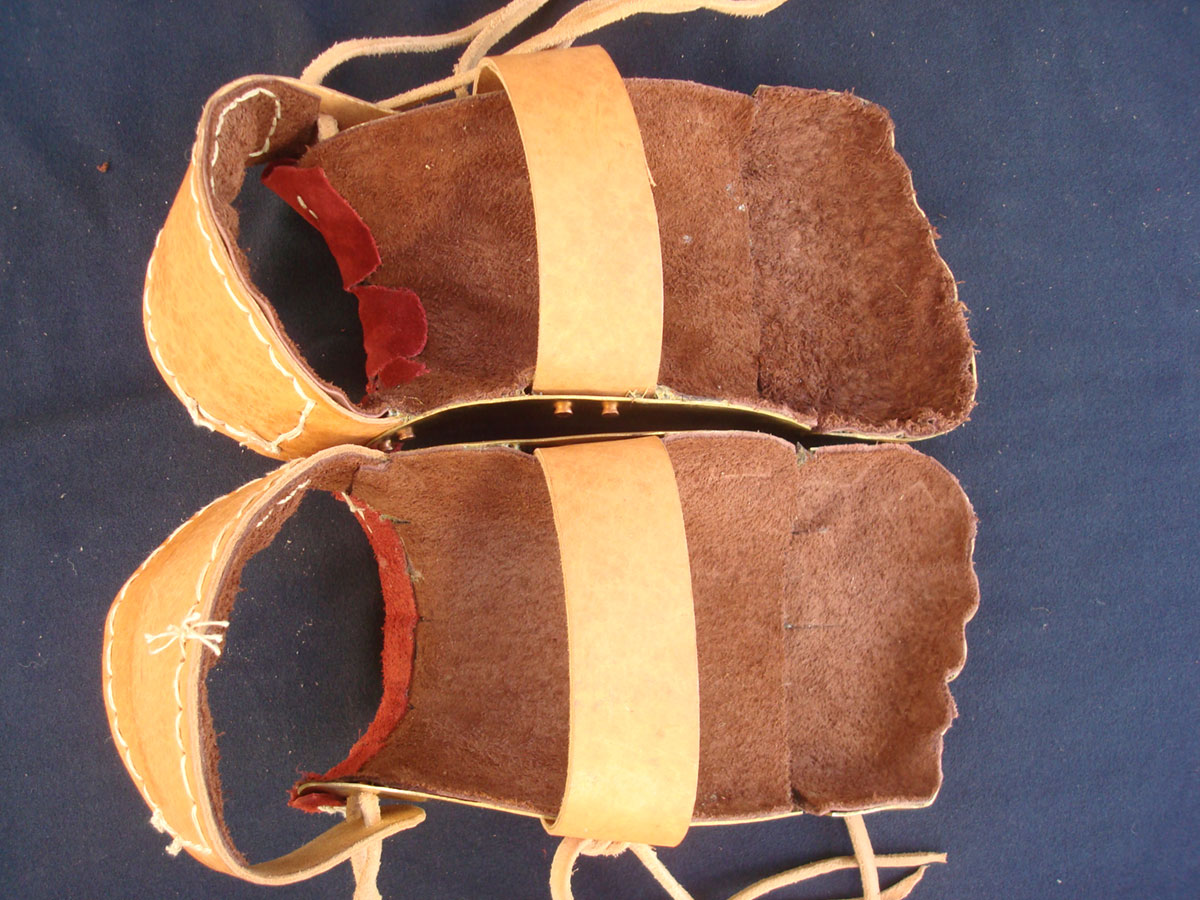 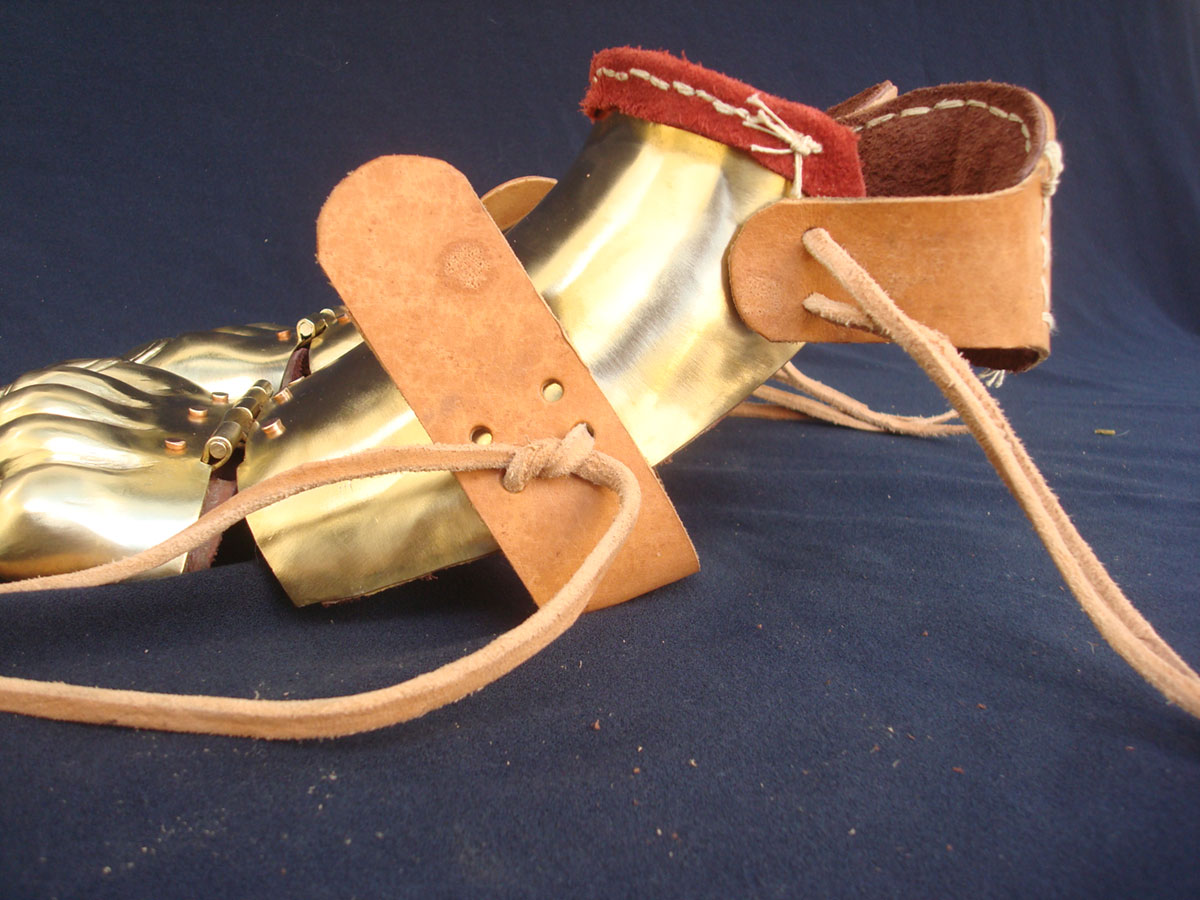 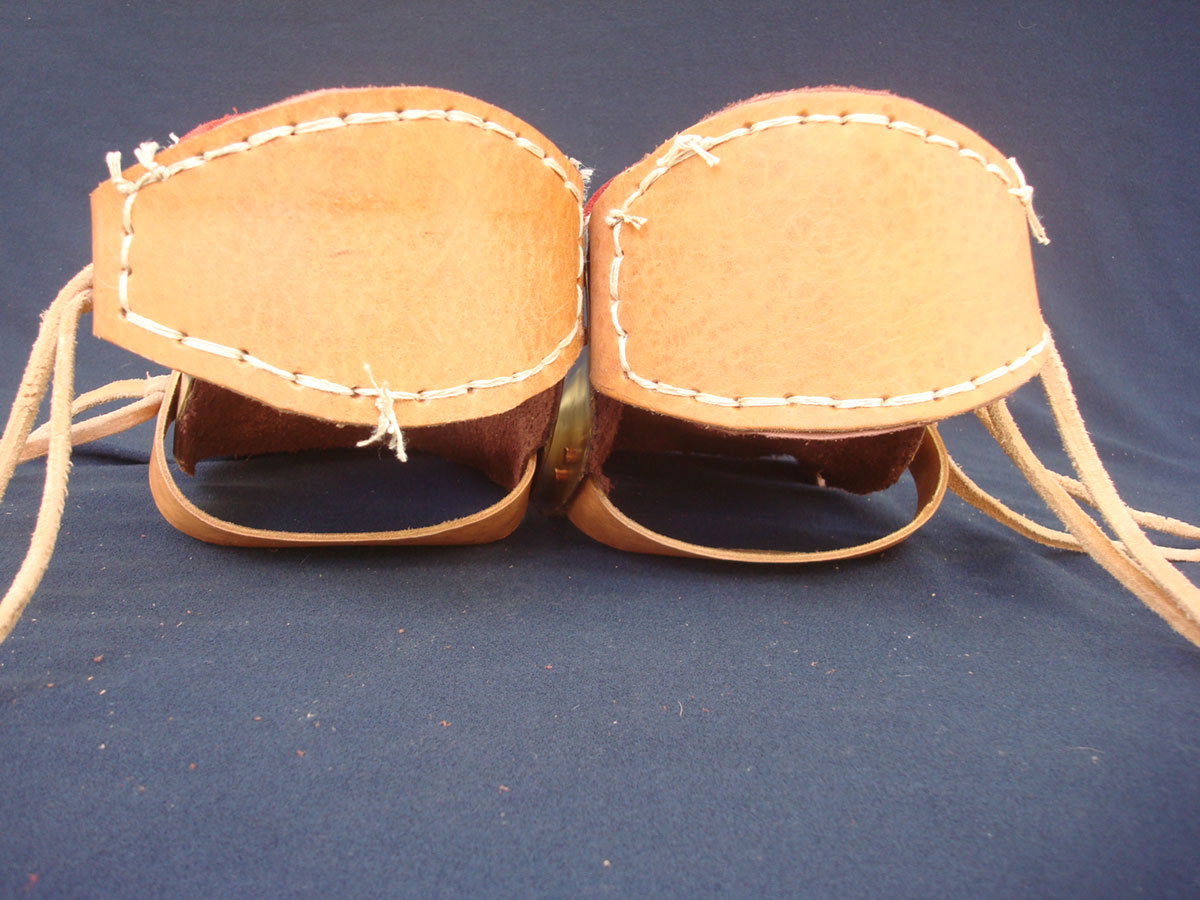 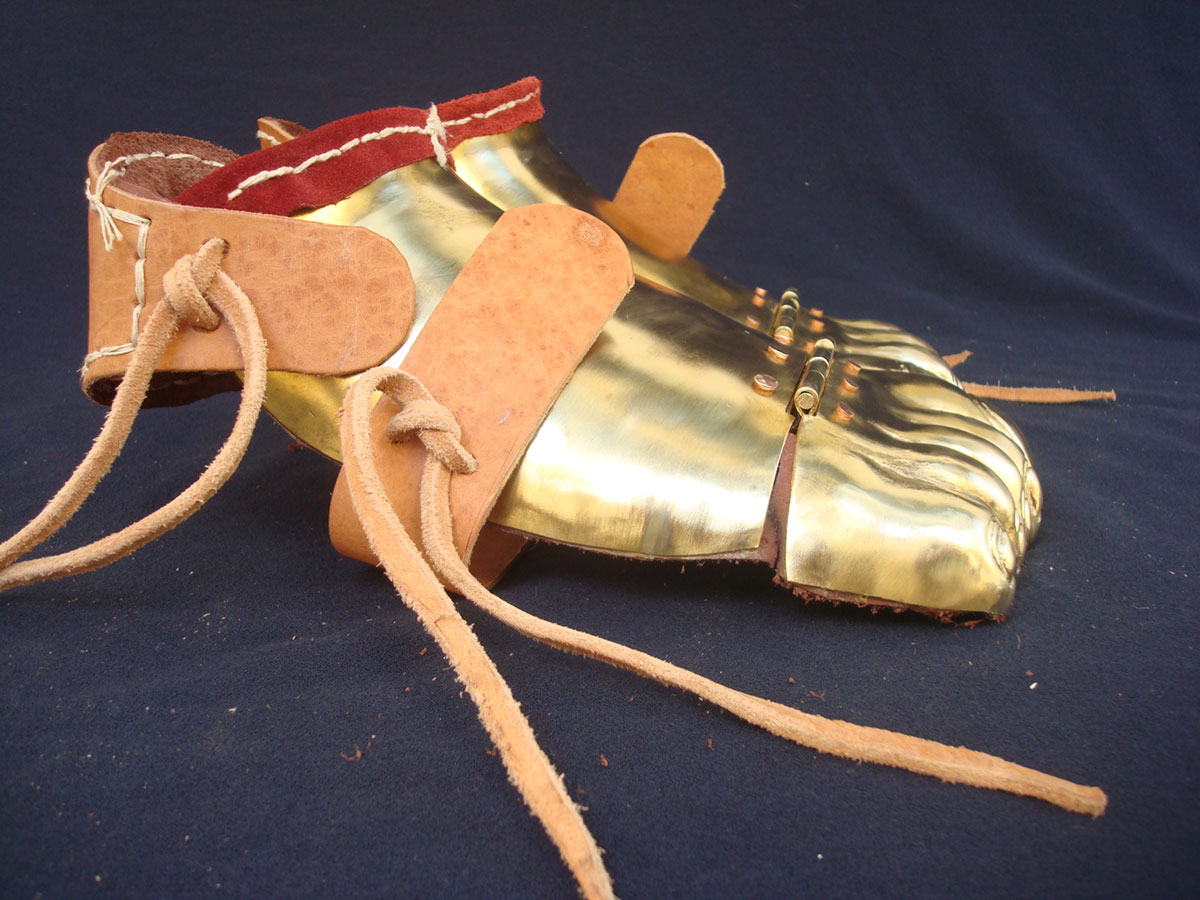 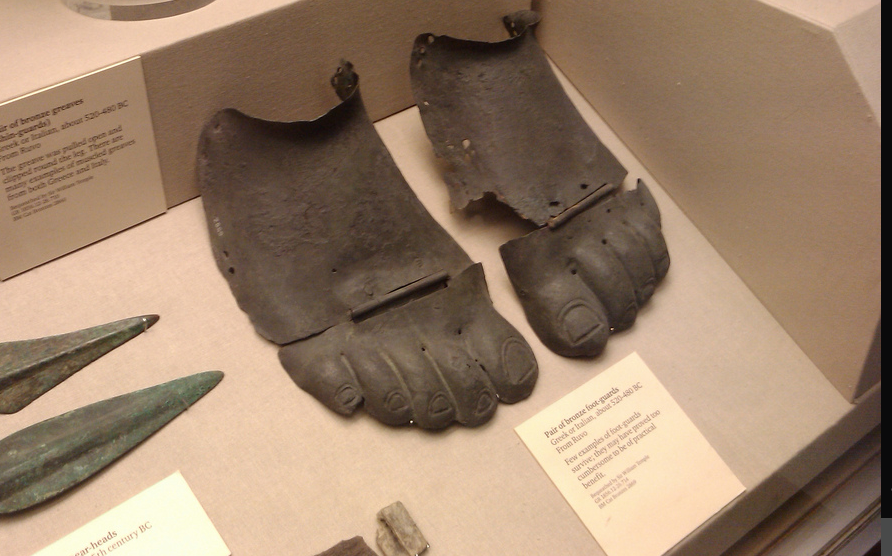