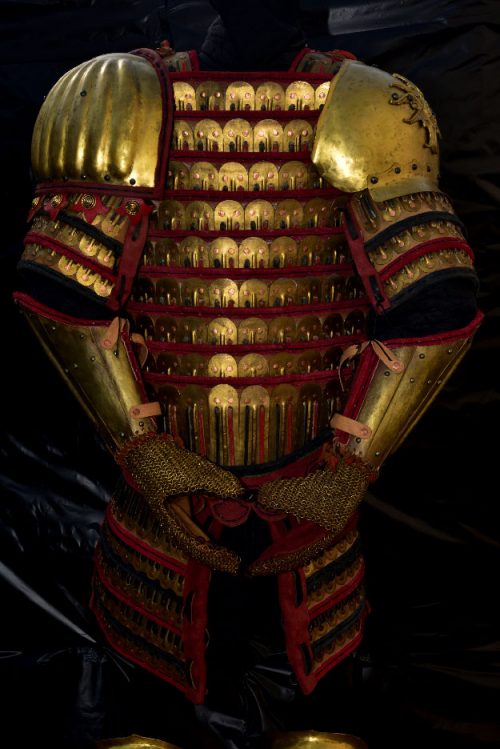 The beneath synthesis has been produced after combining artistic, archaeological and literature sources (military treatises as the “ Sylloge Tacticorum”& “Taktika”), in an attempt to be created a full set of heavy Middle Byzantine (10th century AD) infantry warrior as they appeared in accordance with the unified iconographic type of military Saint. We should assume that the attires of Military saints have heavily based on traditional defensive weaponry in use at the time the icons were created.

Lamellar Cuirass
Τhe protection of the main torso is composite , is been consisted by 400 bronze lamellar pieces densely arranged in horizontal leather bands (9 in number), a practise widely employed in Eastern Armies even from the Antiquity, providing an excellent defence against archers. The lamelars are attached to the leather backing with rivets and each leather band linked together by means of leather colorful thongs ( painted black & red ) enabling their vertical mobility (increased flexibility). The leather element is essential to prevent the rigid metal elements from abrading each other.

Every lamellae has the form of an elongated vertical rectangle with a semicircular ending at the top (arch-like effect), also a vertical rid to its middle in order to reinforce their mechanical strength. Actually findings of lamellae specimen from Great Palace Constantinopole’s workshops and Buglarian battlefields confirm the academic assumptions that actual actual plates were copied faithfully from the contemporary artisans of the era.
Additionally, the horizontal strips linked together with a “hidden” secondary lasing system which is deployed to their back side. The frontal and radial semi thorax are being held together with pairs of buckles to the both sides(under the armpit sections).
Worth mentioning that the above type of lamellar corselet became the most popular & characteristic type of armor during the Middle Byzantine period and connected strongly with the individualism of Eastern Roman citizen to an optical level and carried a rich semiotic and symbolic message. Of course the specific model is only a variant of the lamellar Klibanion possible typologies.

Arm defence
From the military treatises of the specific era survived a relevant terminology about the arm protection. “Manikellia”, “manikia”, “cheiromanika”, “cheiropsella”, “cheirotia” are the most popular and the most of the time refers to equivalent terms.

The shoulder protectors are being consisted by two anatomical convex bronze arrangements (detachable) able to cover entirely the shoulder area, held in place with leather thongs attached to the torso armor. In the “Sylloge’ and in LeoVI’s Taktika are mentioned as “mela” (literary means “apples” in Greek, a metaphor indicating their spherical shape). Τhey are decorative with red leather garlands to their low rim while one of them is decorated with “cherub”,a six- winged apotropaic angel.
Three bands of lamellar-like deployment, covers the upper arm era. The zones are suspended with leather straps from the shoulder guards. In this occasion the lamellae tops look down (downward arrangement), they follow the identical structure as the torso. It is worth to mention that in “Peri Strategias” treatise , the author instructs the soldier to put the shoulder guards at the end, otherwise it will be very difficult to manage to fit the rest of the elements.

The forearm protection was known as “cheiropsella- χειρόψελλα”. Ιn this very occasion the guards are composite of a splinted structure. Bronze elongated rectangular plates with rids have been riveted to a leather backing, shaping an anatomical tube able to “envelope” the forearm of the soldier. The fastening system is being consisted by pairs of straps and buckles.

The protections of the palms is being achieved by the “cheirotia- χειρότια”, gloves consisted by chainmail made of small diameter bronze rings. This specific structure enable high grade of flexibility and protection.

Kremasmata, or thigh guards
The majority of Byzantine corselets of all the types seen in images of the warrior saints are often depicted by a range of short skirt made up of loosely hanging strips or iverted lamellae, which covers the groin and the tops of the legs above the knees.

“Kremasmata” literally means in Greek “ to hang or being hanged”. Byzantine military tradition adopted the well know “pteryges” from the Antiquity, as an effective protection for the lower part of the body. These kind of arrangement by the military treatise are highly recommended for use by cataphracts. Their specific nature differs by occasion. There are many passages suggesting soft material for their construction, like thick textiles.They reach only to the knees when worn by infantrymen.

The upper part of the legs and groin are being protected by two independent detachable curtains of lamellar typology. The two elements are suspended with buckles from a belt underneath the torso corselet enabling freedom of action in combat. The lamellar tops looks down with their size to be much smaller than of the main breastplate. 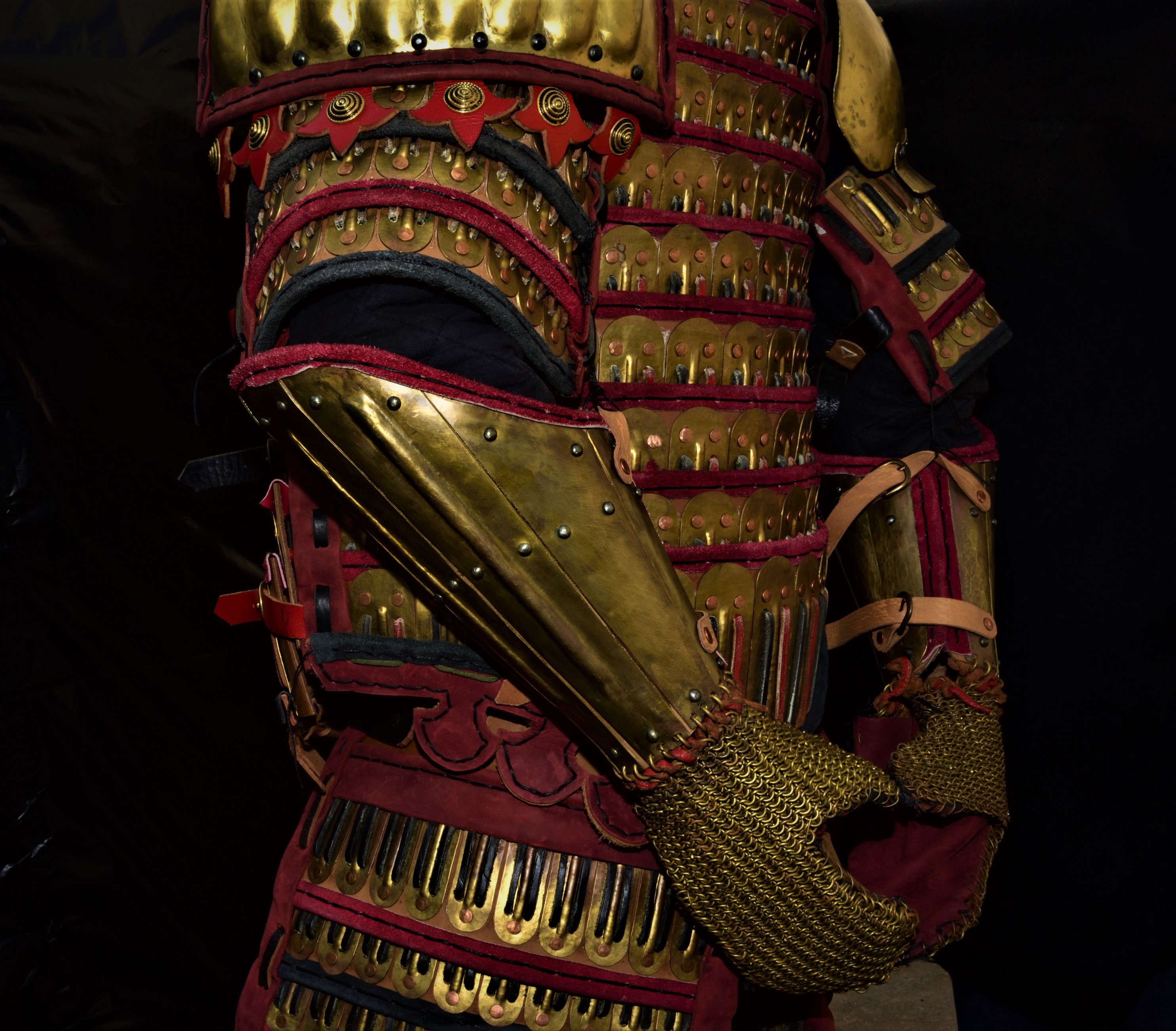 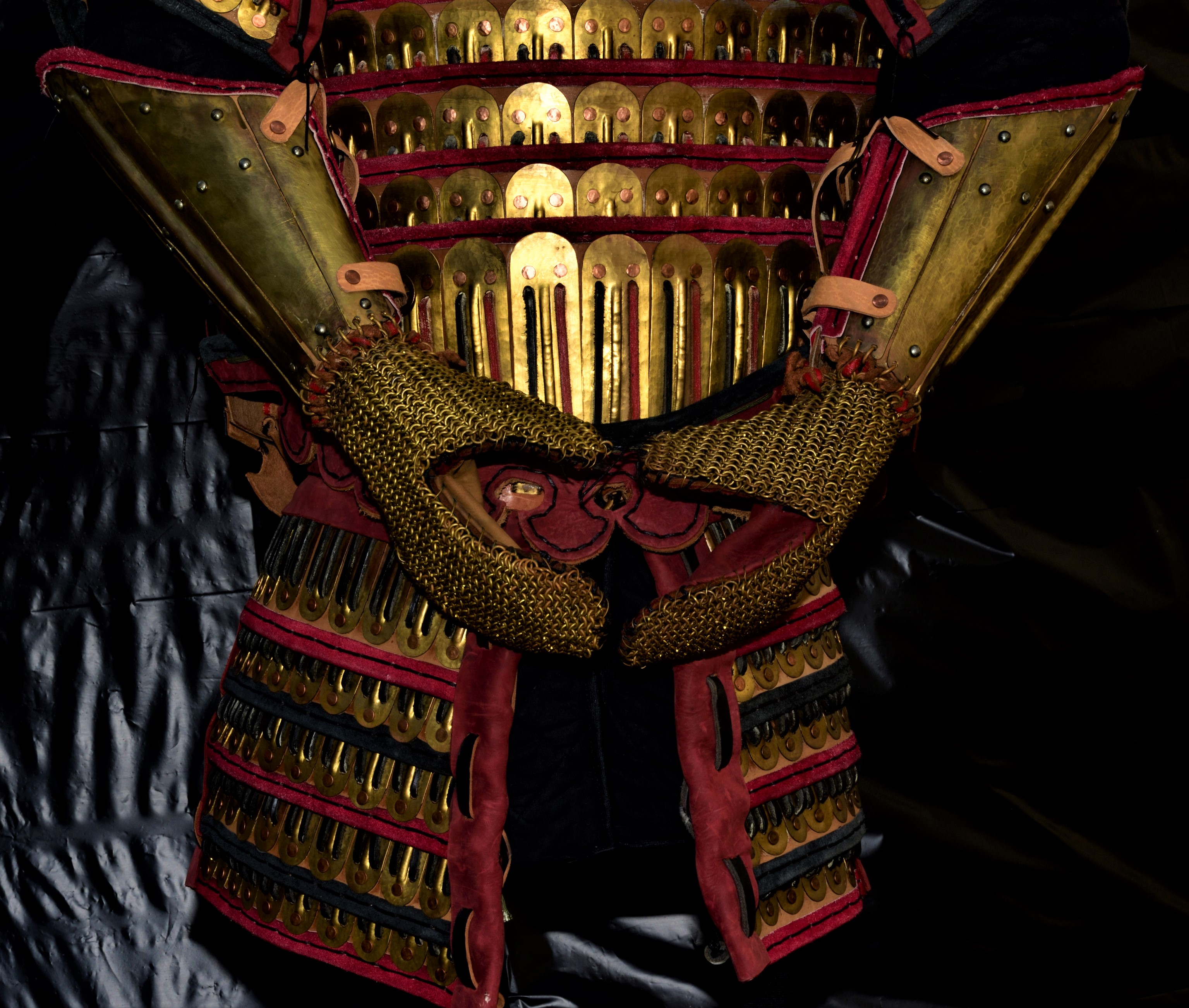 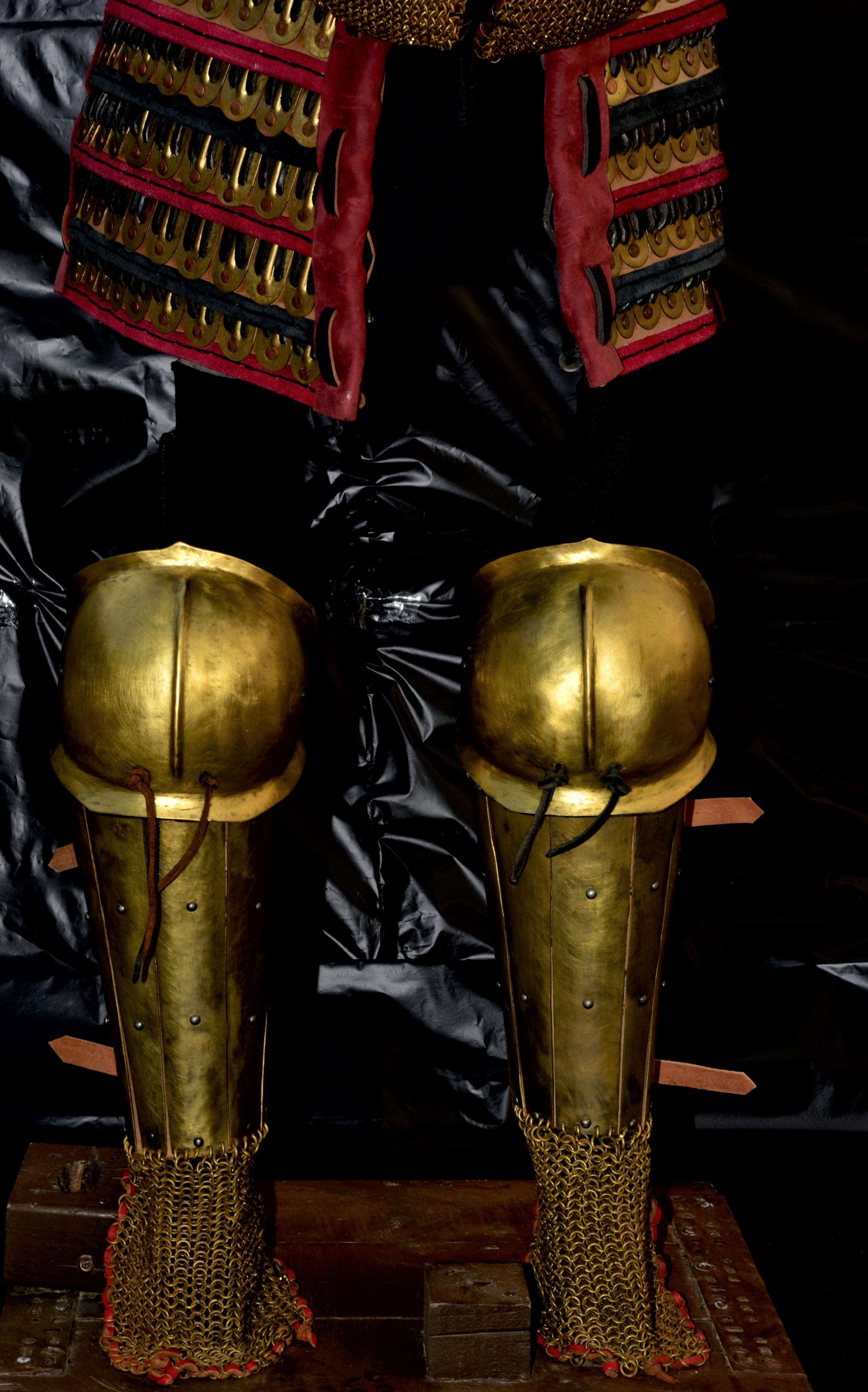 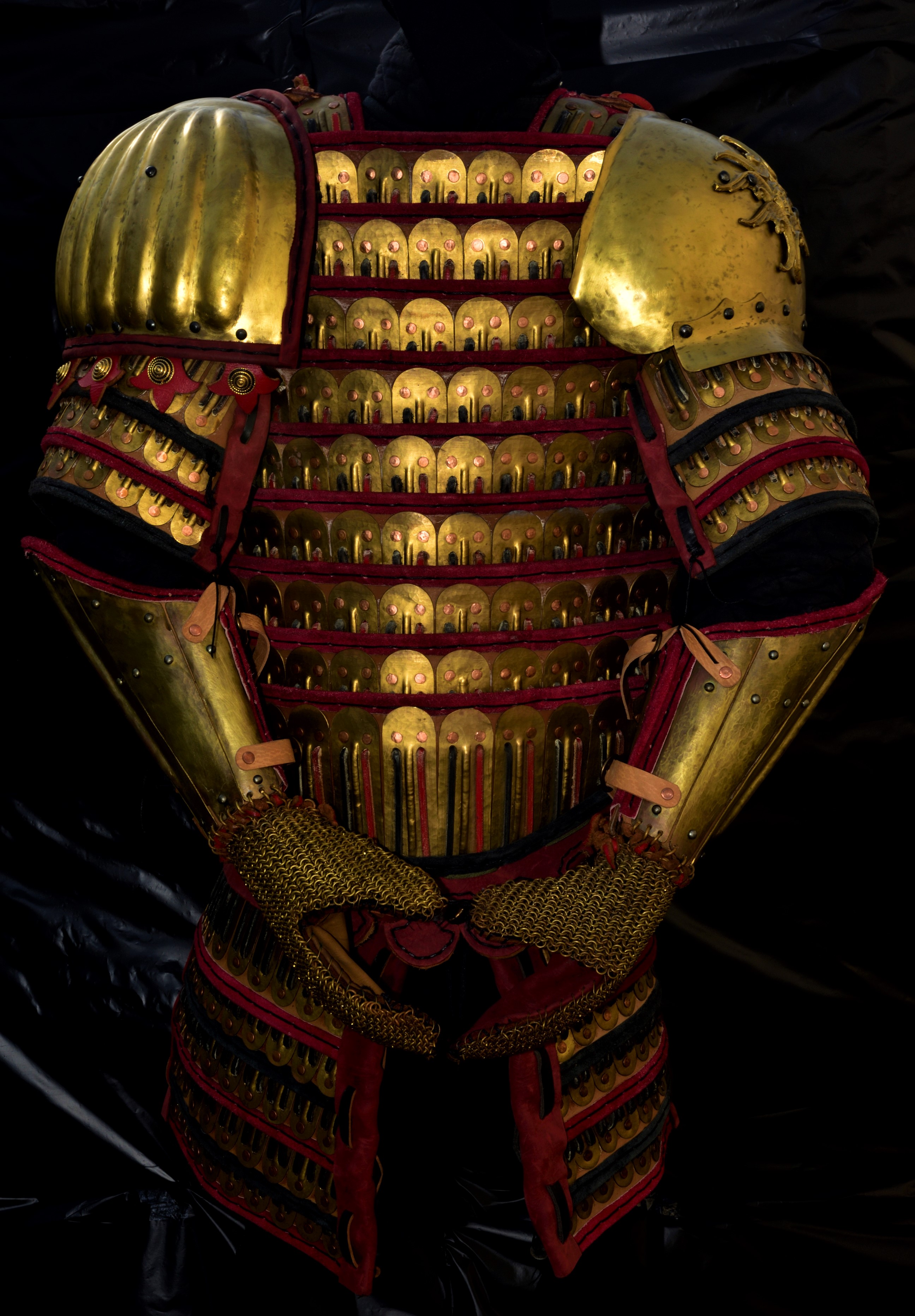 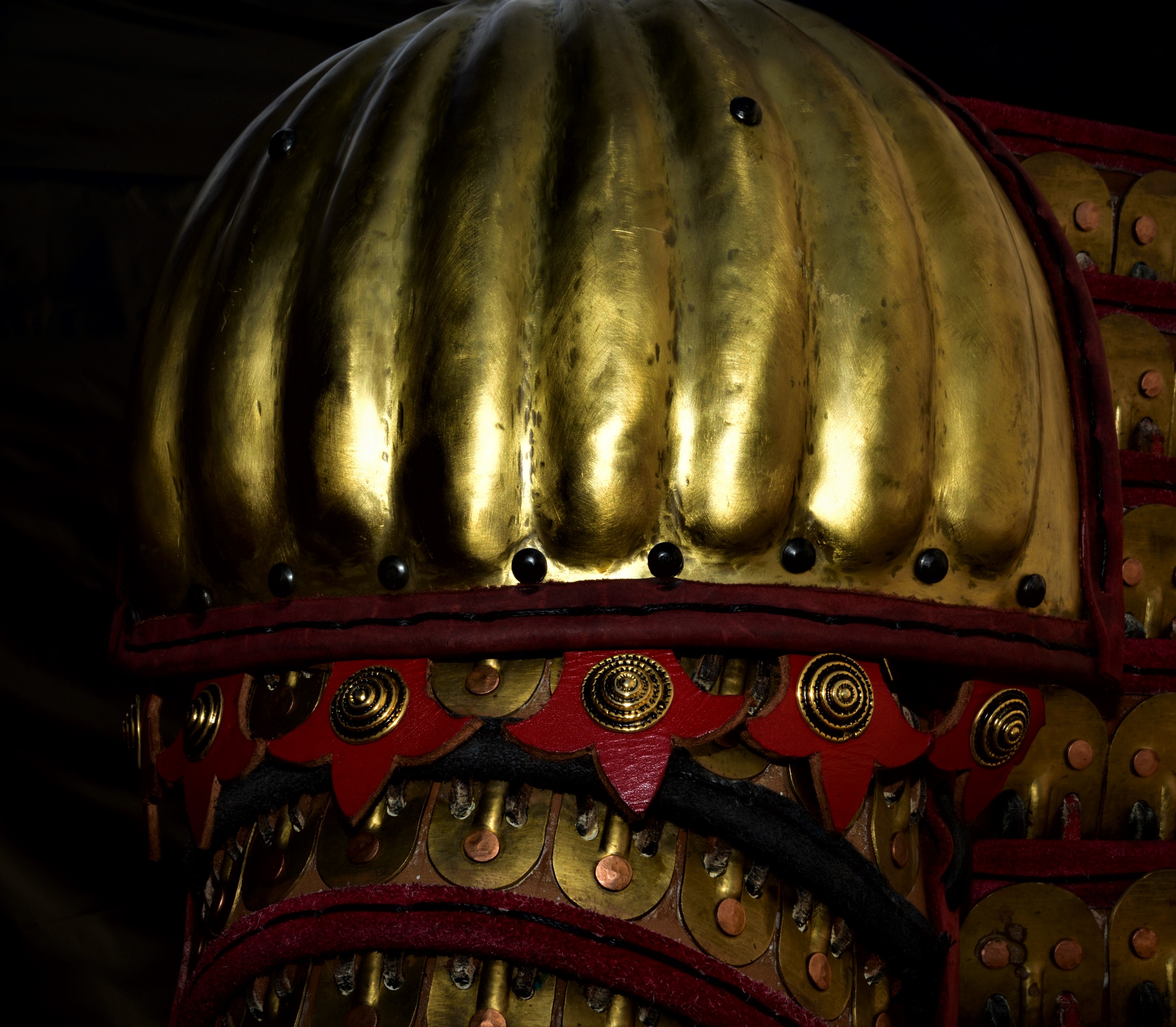 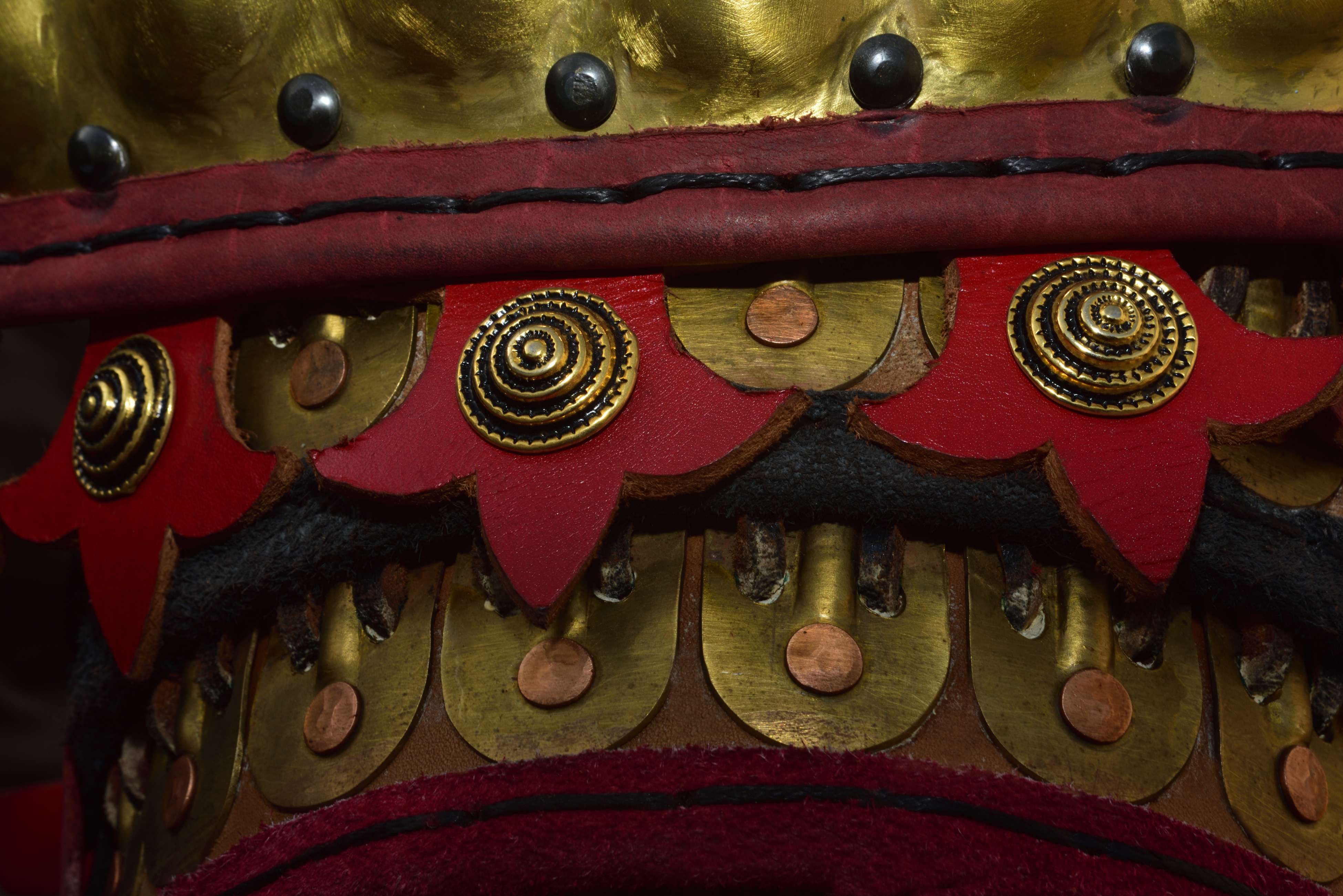 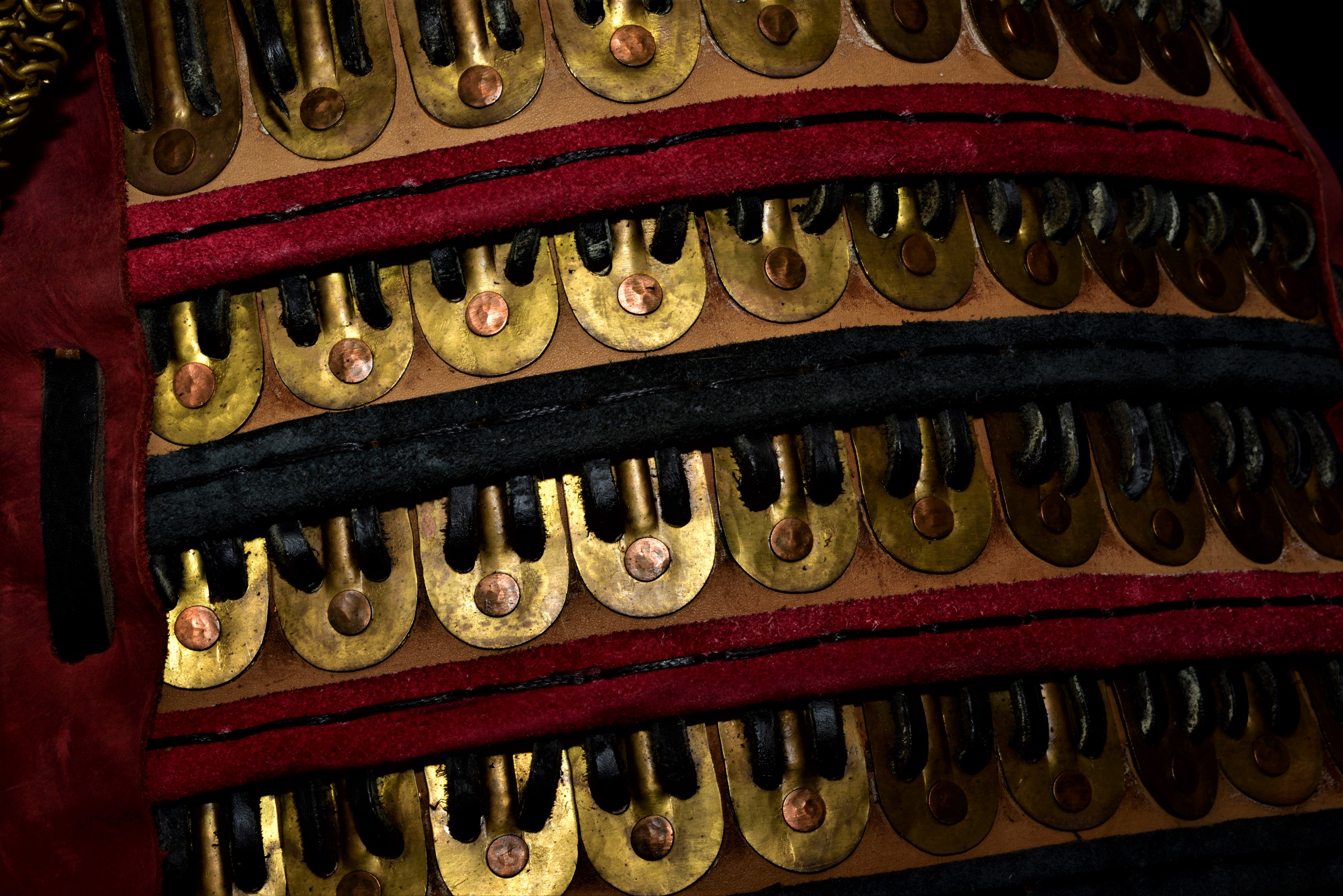