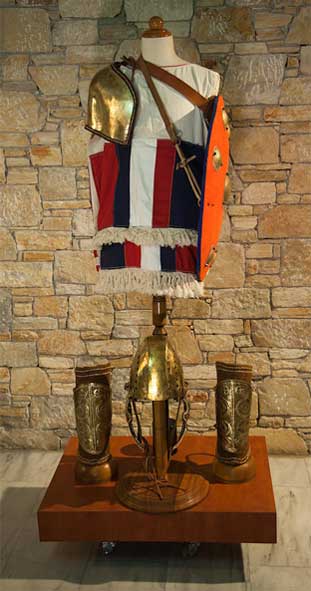 Mycenean military technology demonstrates an enormous variety of defensive gears through a period of five centuries. Here we can see a reconstruction of a light equipped Mycenean hoplite.

The right shoulder and the upper arm area is being covered with a big curved (“snail-like) pauldron made of a bronze sheet. The reconstruction was based on the original finding situated today at Nauplion Archaeological Museum (Greece). The pauldron efficiently covers part of the breast and the upper back, woolen and textile materials have been applied to its inner surface, folded leather has been directly stitched to the metal rim. A leather belt attached to the upper end of the pauldron passes underneath the left armpit and holds it on place allowing the free move of the right arm. The left shoulder area has no need for this kind of gear because of the shield usage.

The shield has been made of one piece wooden core with diameter 70 centimeters with a light curved character, painted in orange and blue color. Seven bronze round bosses have been put to its external surface in a symmetrical order. Two leather grips to its inner side (forearm & palm grips) and a leather belt enable to the hoplite an efficient control of it.

The greaves have been constructed by two bronze sheets (oval shaped), are being rested permanently (with staples) to an organic thick soft substratum consisted by textile and leather in order to be hold on place with safety without causing damages to the lower leg areas. Bronze rings and leather cords ensure the stabilization of the greaves. The external surface of the bronze sheets are being decorated with four pairs of dot made circles (using repousse technique) in a symmetrical order.

Τhe helmet has been based on the original archaeological finding (dated back to 12th century BC) which displayed at Archaeological Museum of Nauplion (Greece). Τhe dome is being consisted from three parts, the middle apsidal “bridge” and the two side sections heavily decorated with characteristic triangular openings in the periphery and with two concentric dot made circles in the center of them. Two crescent -like cheek guards are being connected in the middle of each side with hinges. The cheek guards bearing concentric dot made circles as well, inner soft organic padding and folded leather directly stitched to the metal rim. 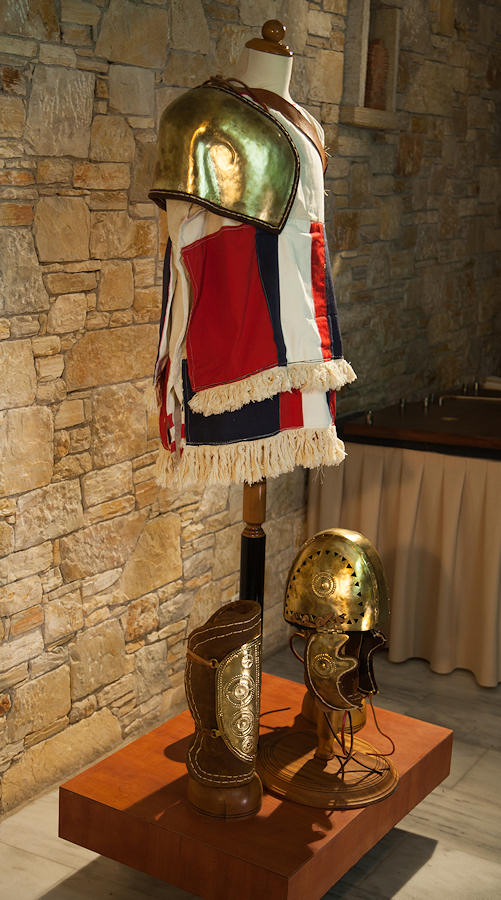 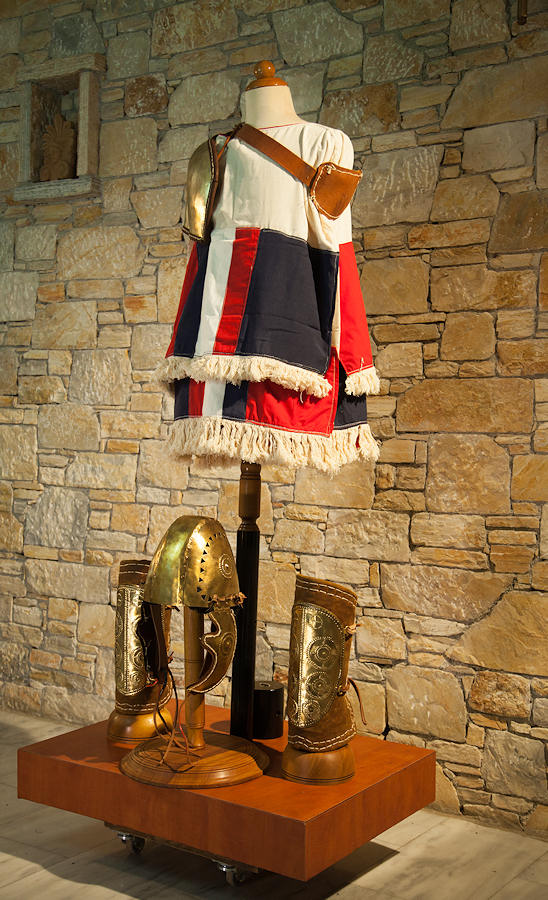 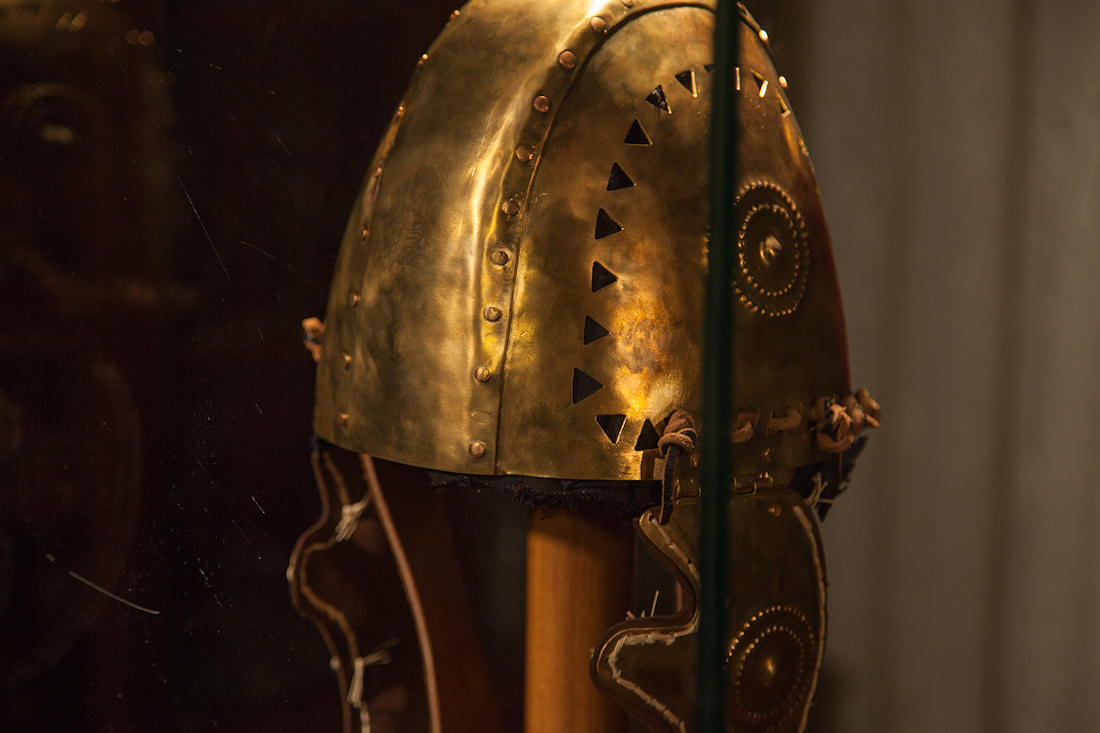 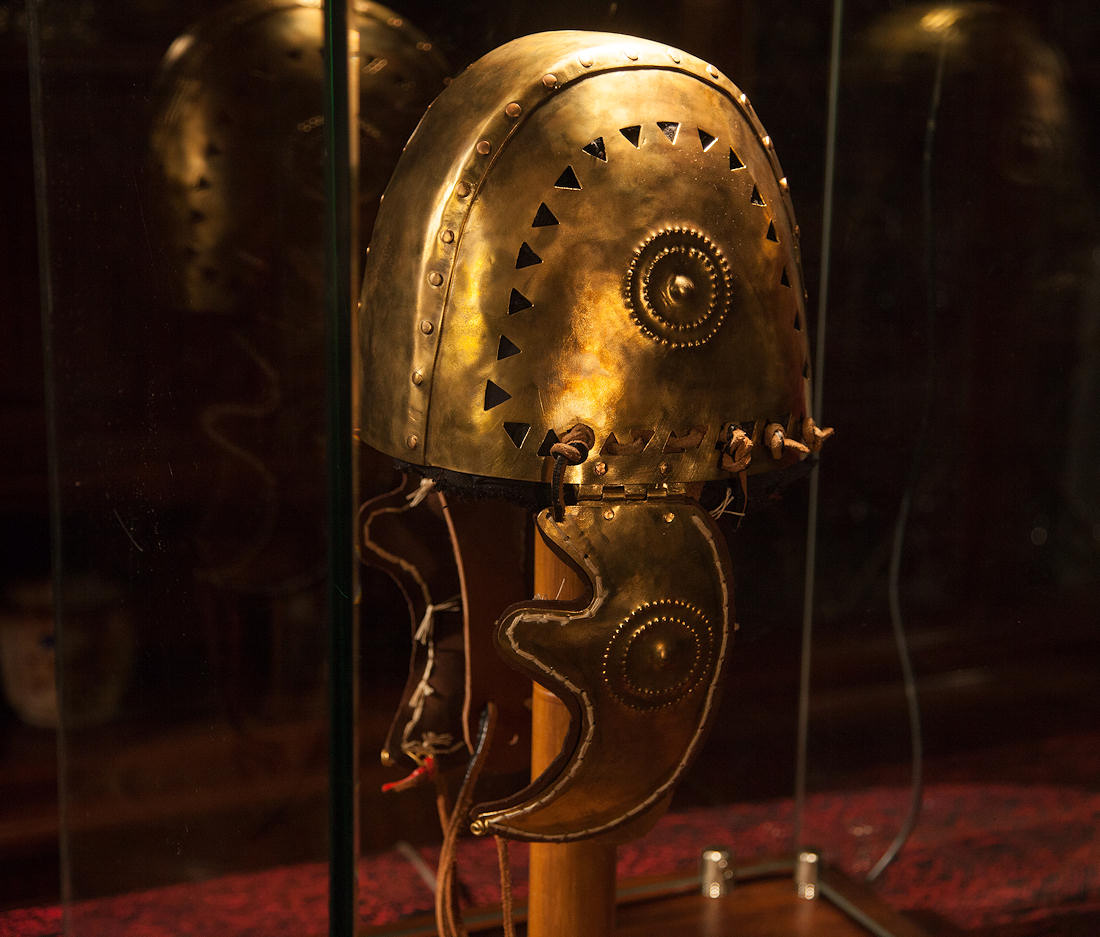 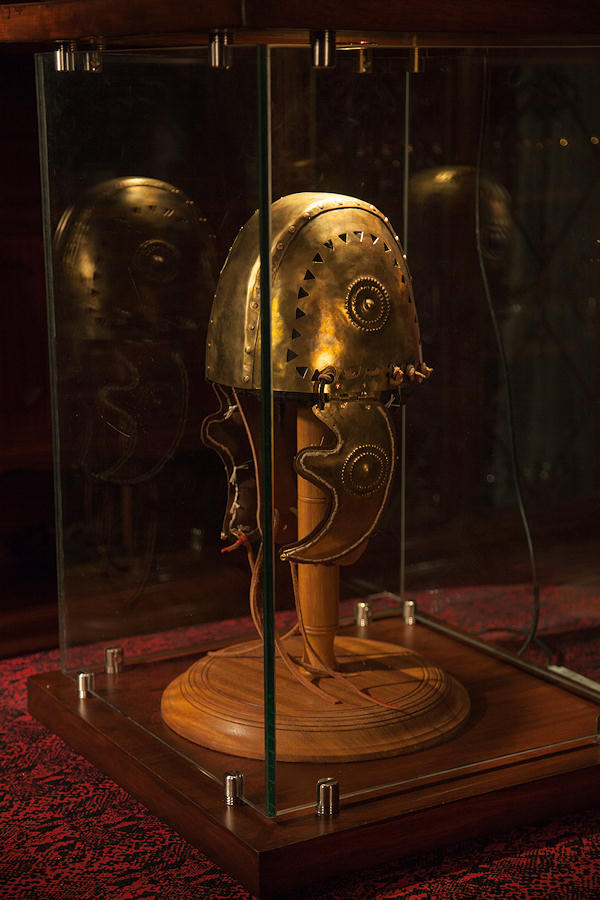 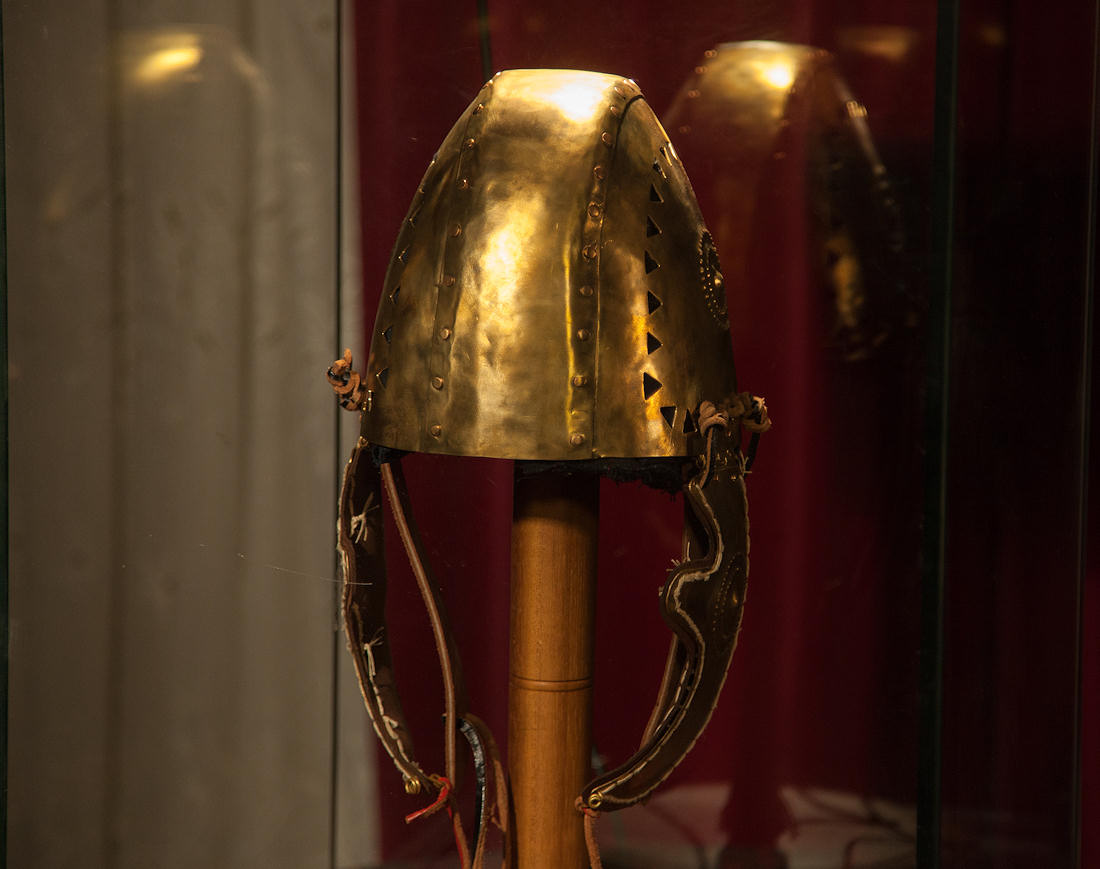 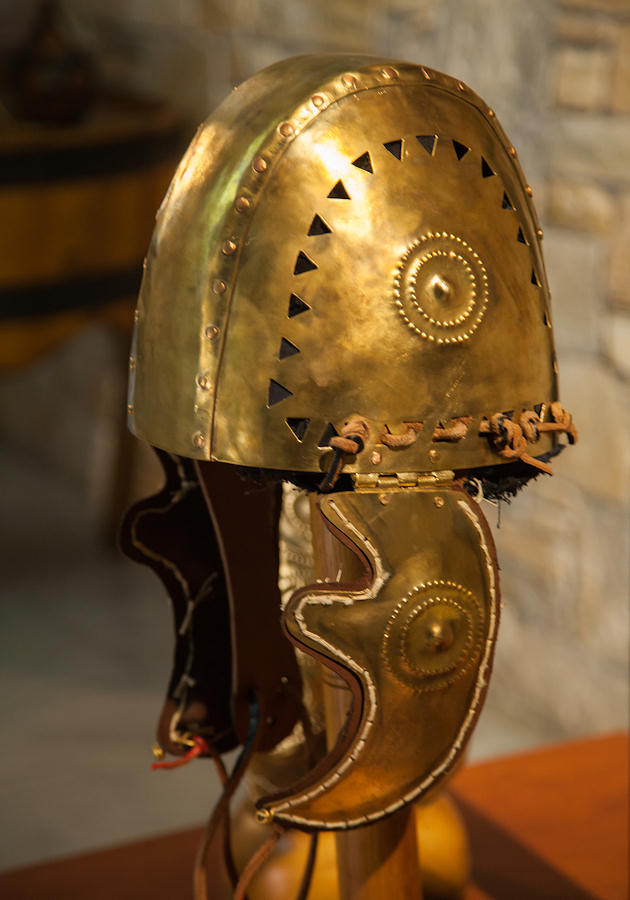 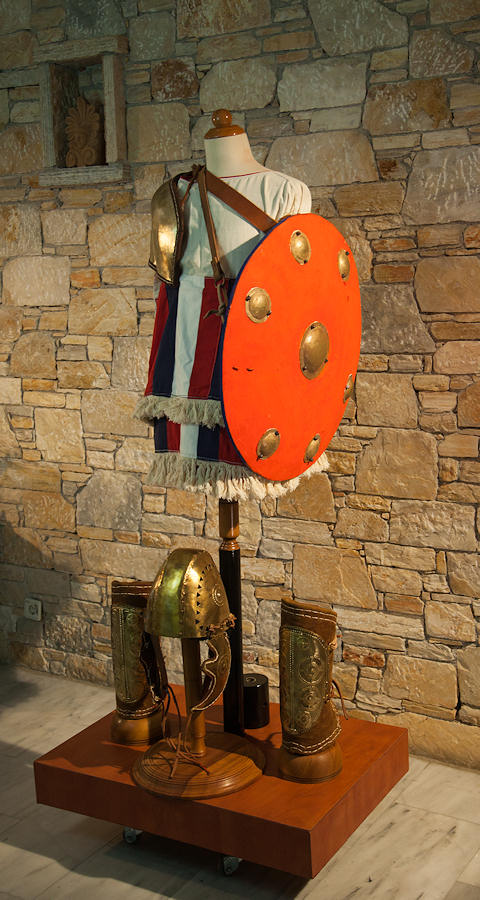 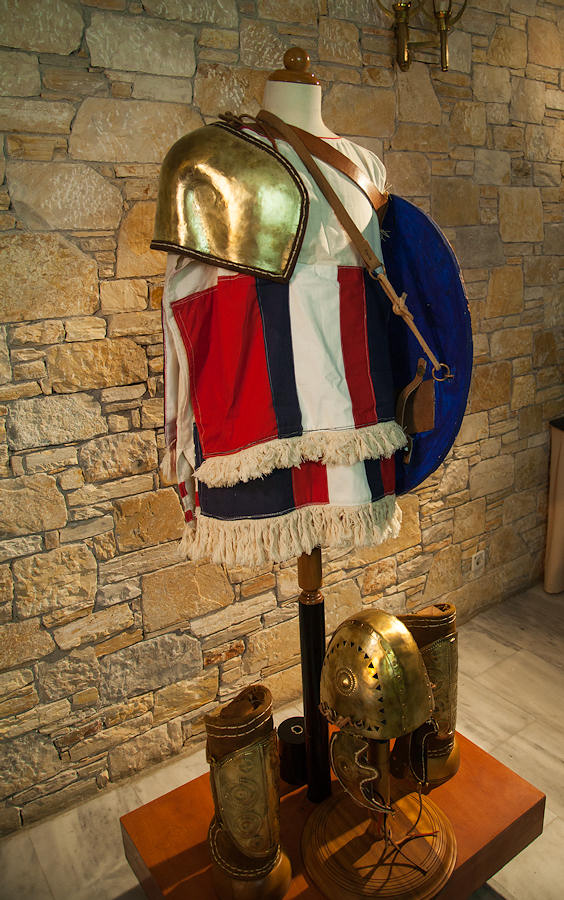 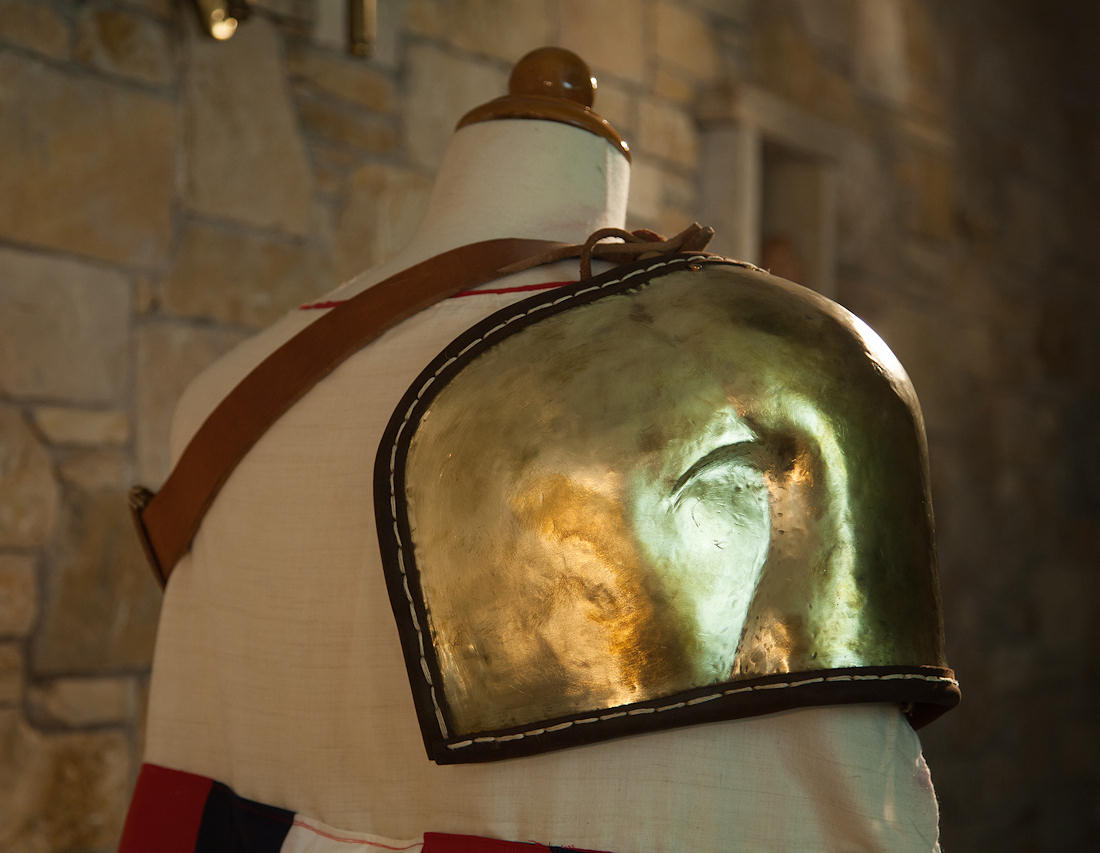 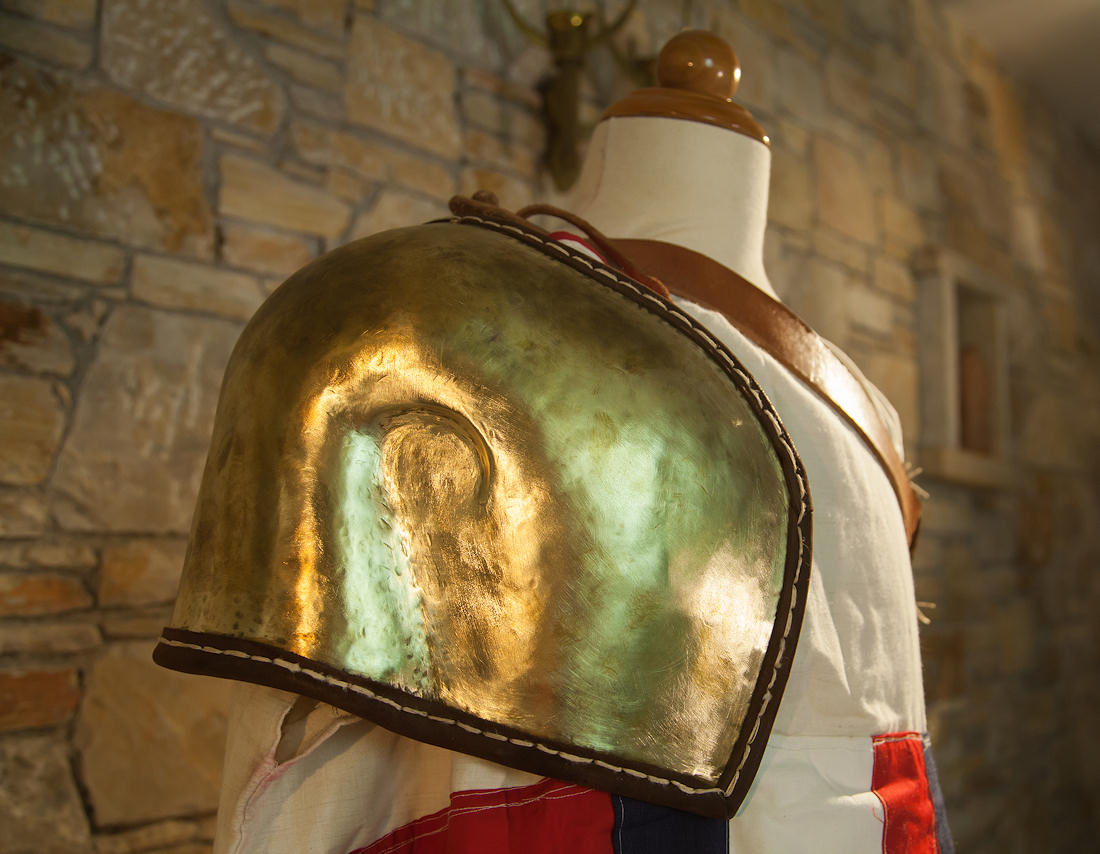 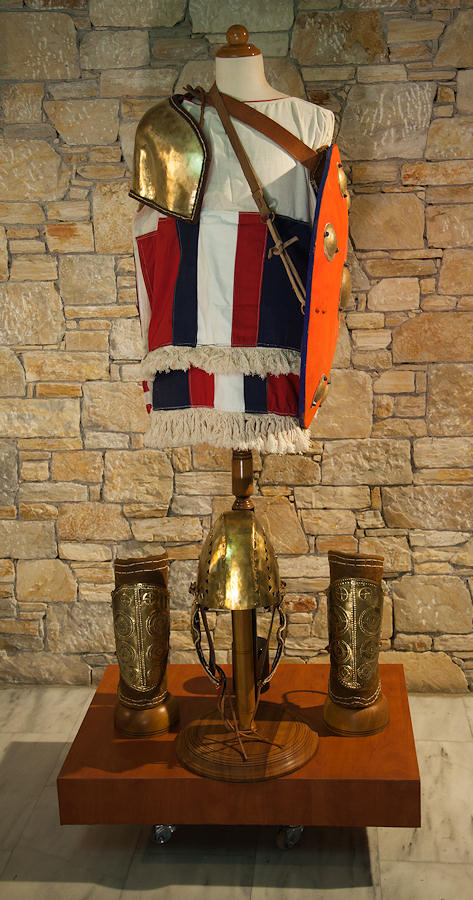 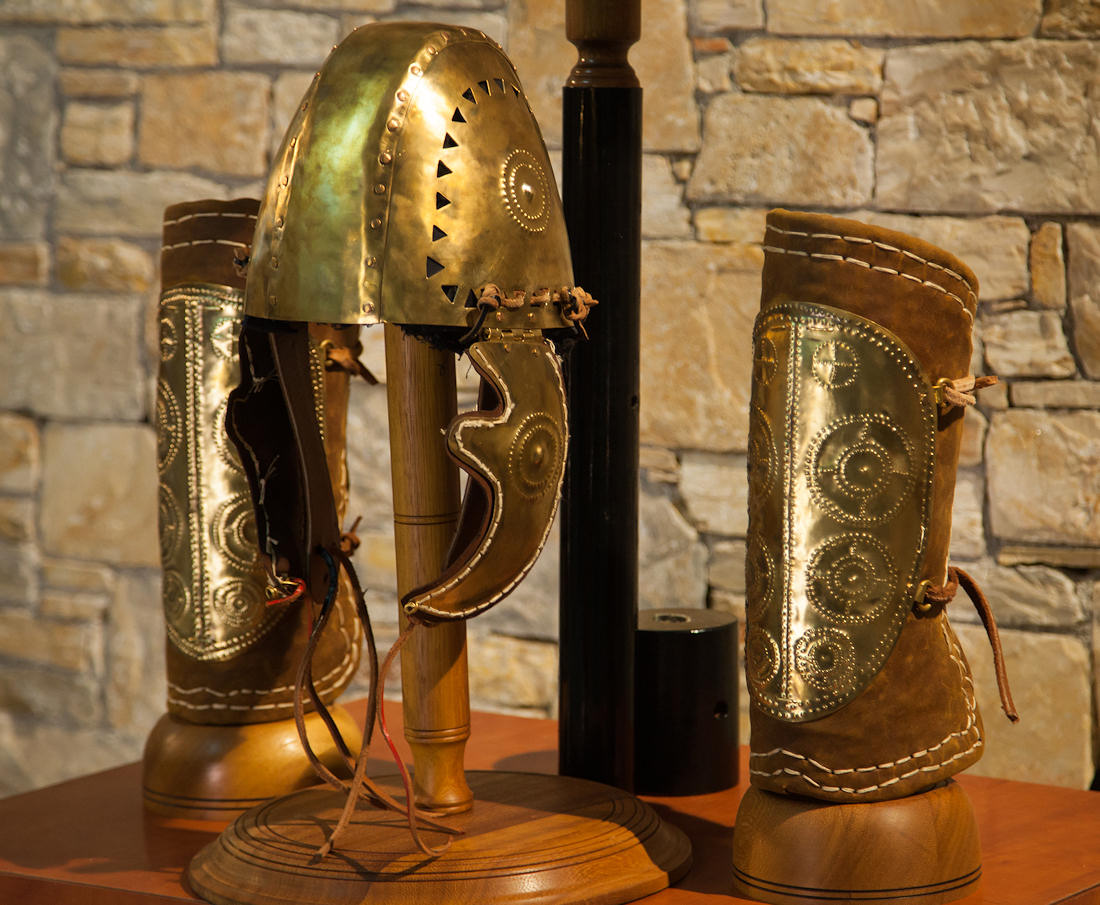