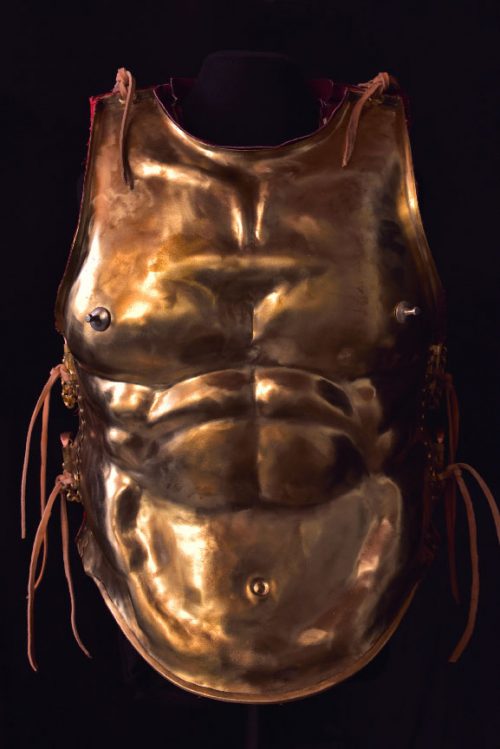 Muscled cuirass typology had already been established by the beginning of the 5th century BC
(around 470 BC) and is considered a technical evolution of the archaic bell-shaped cuirass. It is also
quite obvious that the extra work required was justified by the gradual domination of
anthropomorphic elements in Classical Greek aesthetic norms. Its popularity on the battlefields, in
many variations, in the centuries that followed, had more to do with artistic rather than functional
necessities.

The armourers attempt to copy the idealized body torso presented in the magnificant bronze or
marble sculptures of the era led them to use the hammering technique of bronze sheet over stone
moulds in order to achieve the same anatomical results. The major difference with previous armour
embellishments was that now, a warrior had the unique opportunity of looking like the shining
bronze statues with their unparalleled heroic nudity, simply by wearing a muscled cuirass.
Herodotus describes them as “men of bronze” which replicate the Polykleitian idealized male
masculature. Iconography and archaeological finds reveal that this kind of defensive gear was
fabricated by the thousands and in many variations, at least till the end of the 12th century AD (see
Iconography of the Eastern Roman Empire).

Basically, a muscled cuirass consists of two pieces: the pectoral and the dorsal plate. Bronze sheets
of 1 to 1.5 mm thickness are hammered over fire and gradually modeled with the anatomical
naturalistic or idealistic details of an athletic male physique. The two plates work like a metal
‘envelope’ enclosing the torso of the wearer while leaving sufficient openings for the arms and the
neck. Internally, both sides were covered with thick, soft organic elements like wool or textile to
protect the skin from abrasion and heat and to absorb wounds and, of course, to stabilize the whole
structure on the torso effectively. The two plates were held together through a system of rings and
hooks and riveted hinges, the standard being six such pairs, two under each armpit and one on each
side of the neck and upper shoulders.

It should be mentioned that every cuirass of this typology was custom-built differing in overall
size, volume and placement of the anatomical features. The unique identity of each would then be
strongly related to the personality of the wearer who would have ordered the cuirass built.
The depicted thorax has been based on a mostly intact archaeological find from the Apulia (Magna
Graecia) region in Italy, probably made in a Greek workshop. Today, it is on display in the
Metropolitan Museum of New York. The thorax dates from the 4th century BC and represents a high
level of aesthetics and practicality.

It has been recreated exclusively with traditional techniques with the use of hammers and anvils.
The breast plate possesses all the anatomical details of an athletic male torso: pectoral muscles,
abdominal muscles, collarbones, elaborate navel and nipples (made of silver). Also, it has turned
edges around the arms and neck cutouts for reasons of protection and comfort. The lower part of the
thorax curves outward in a unique way. The two halves are held together with six pairs of riveted
tubular hinges and rings with pins and leather cords respectively. Τhick woolen and linen padding
lines all the internal surfaces of the cuirass.

The ownership of a such fine artifact would certainly offer its owner prestige and pride, as it was a
shinning symbol of eternal youth, a display of wealth and social prowess, destined only for the
upper classes and military elite.

Handcrafted with passion by Dimitrios. 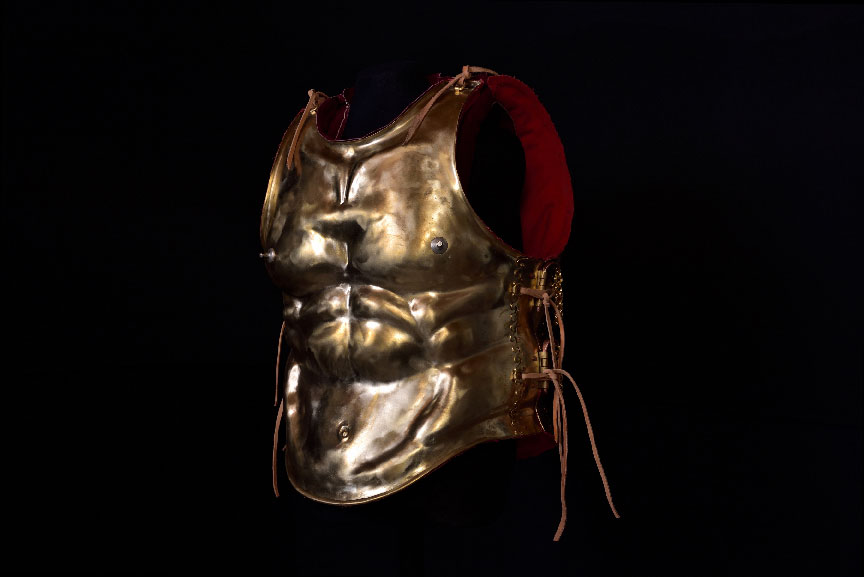 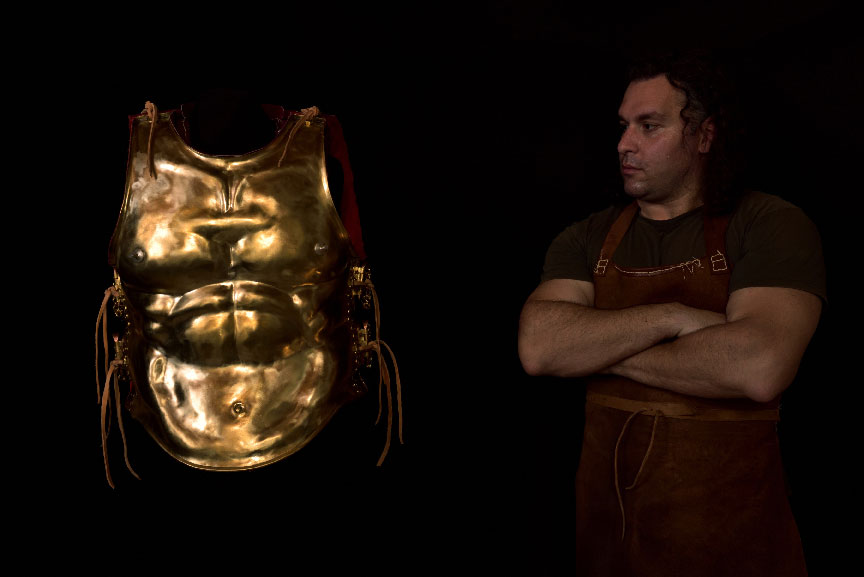 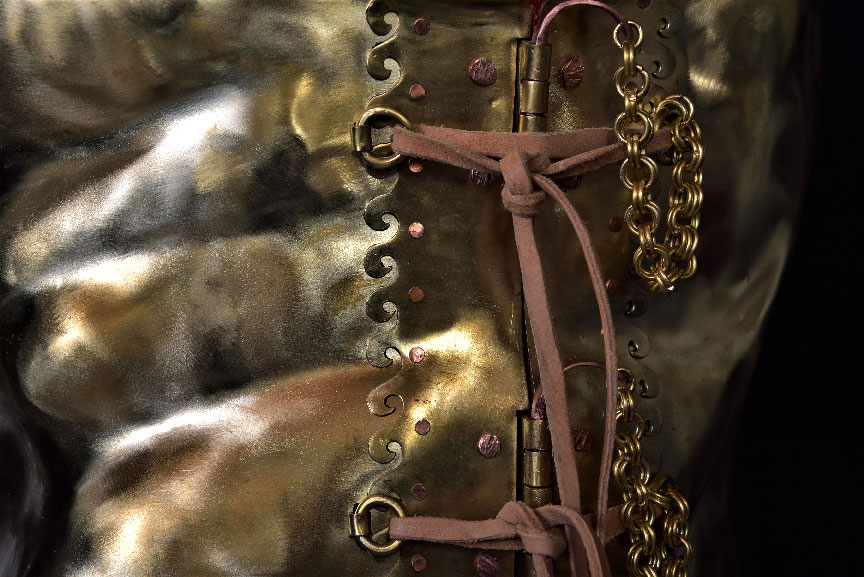 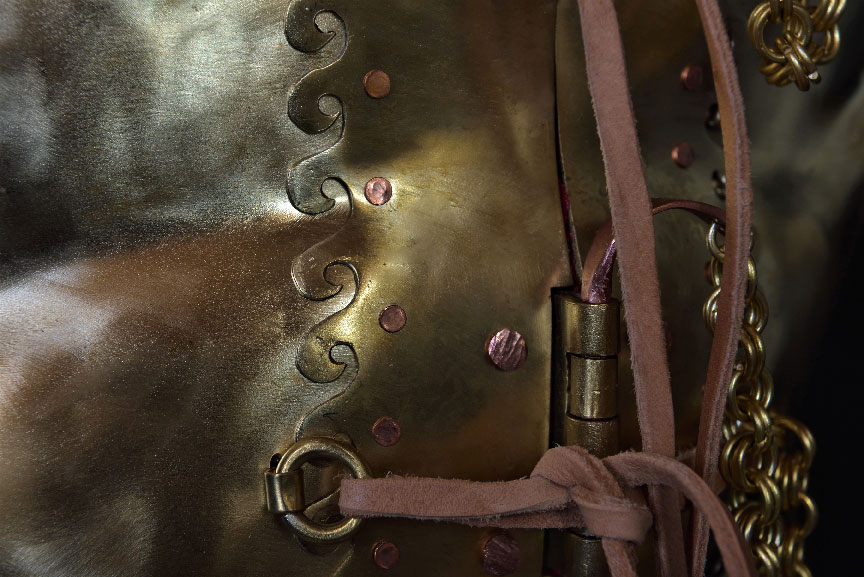 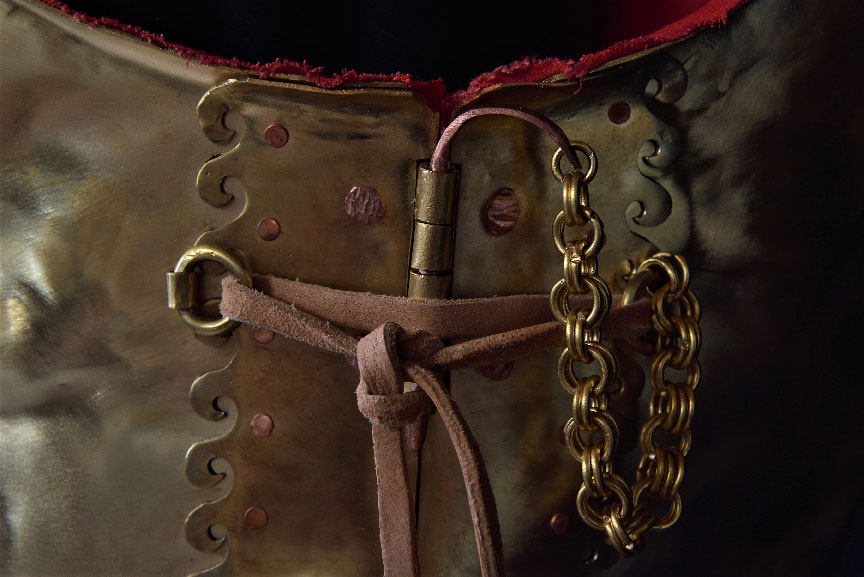 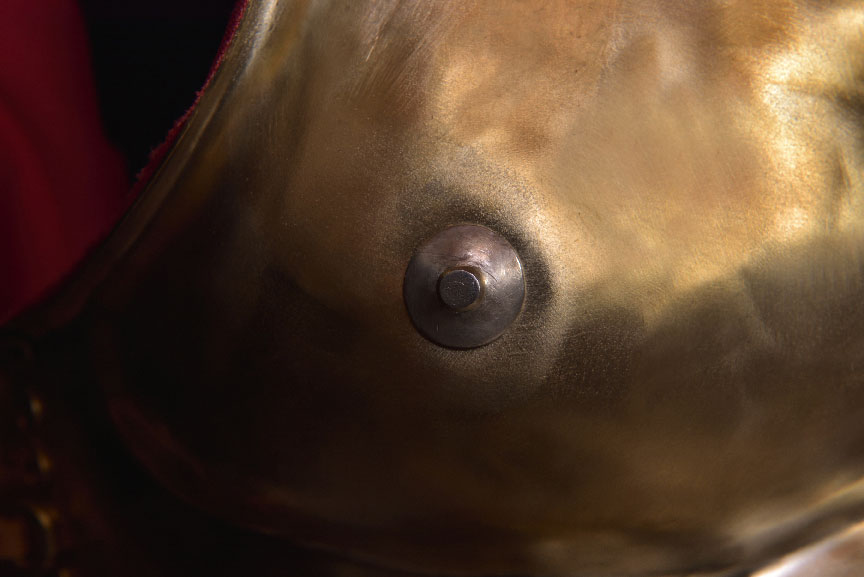 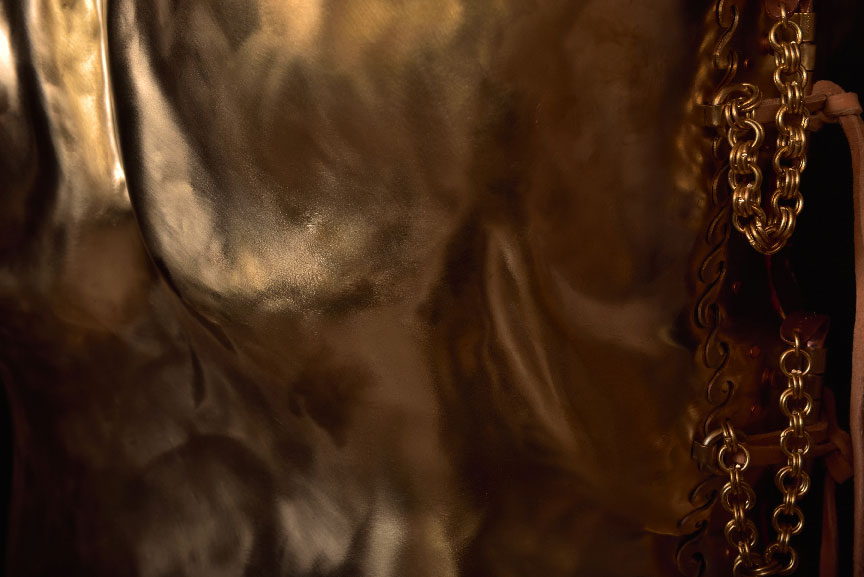 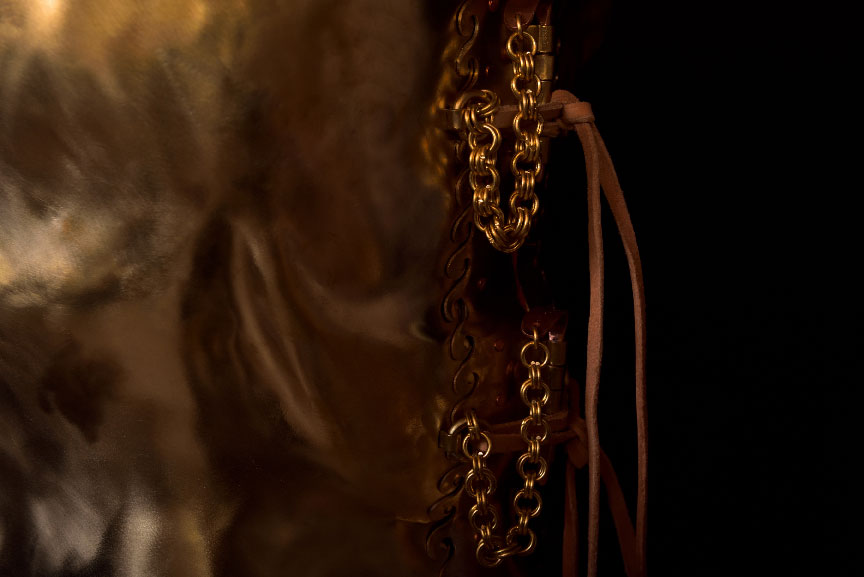 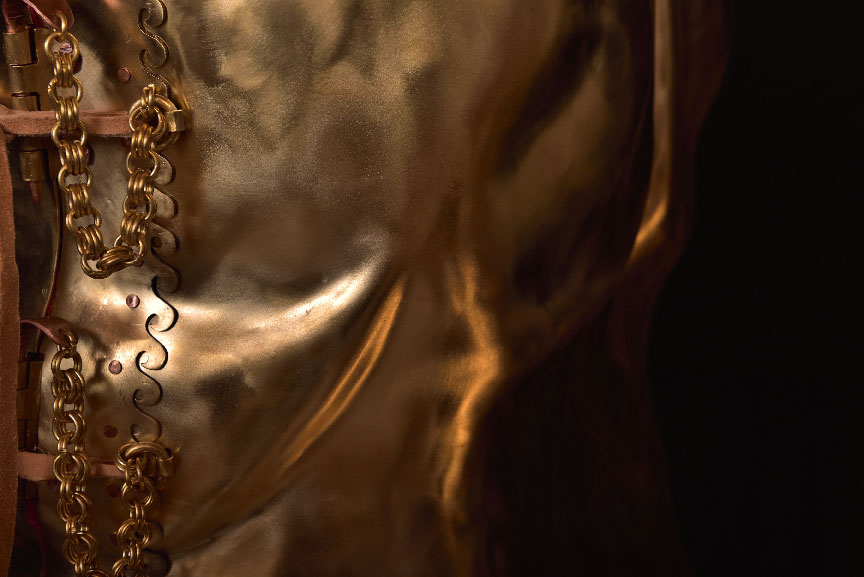 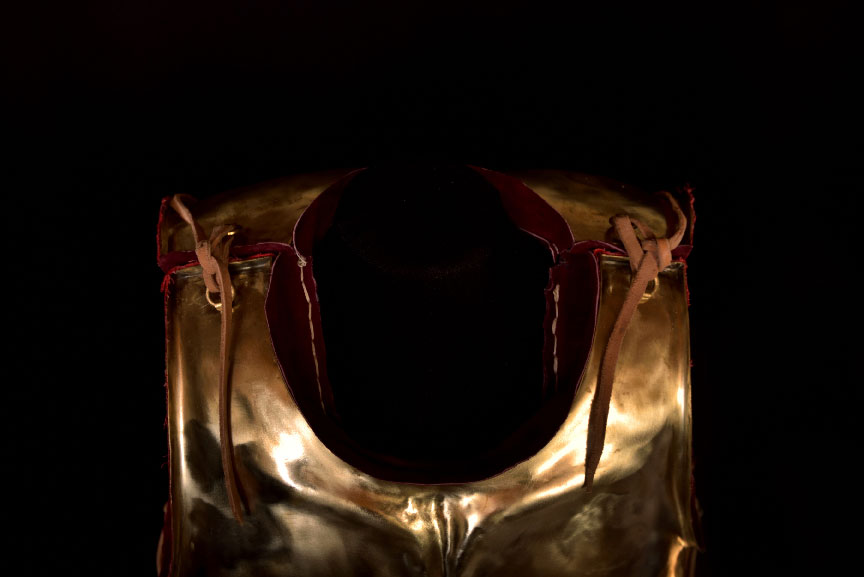 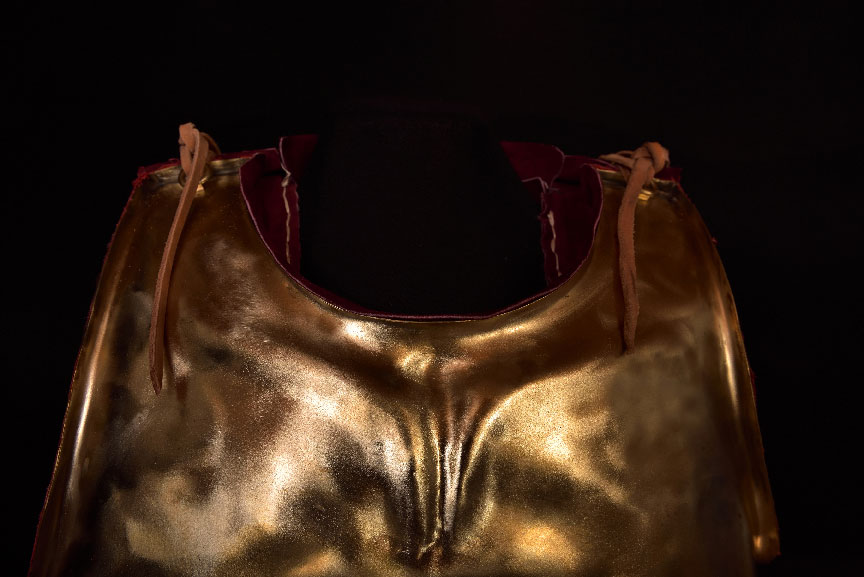 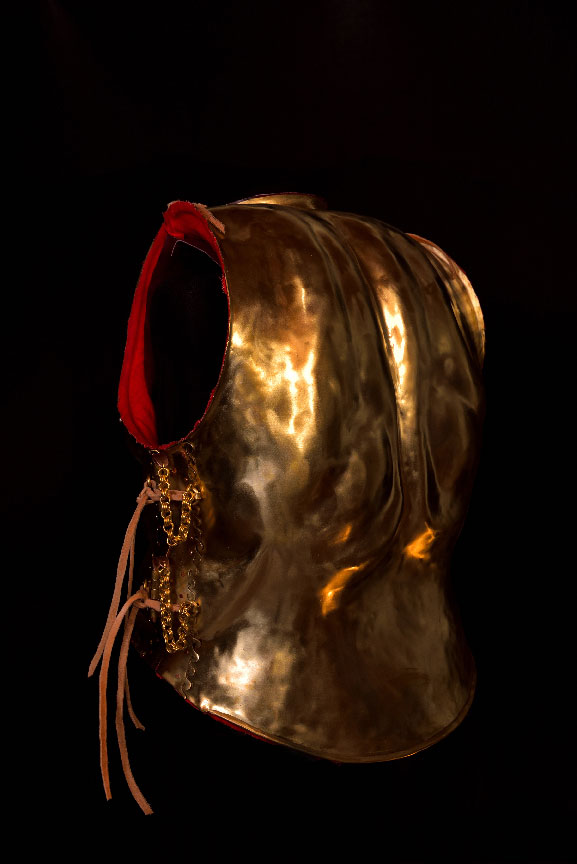 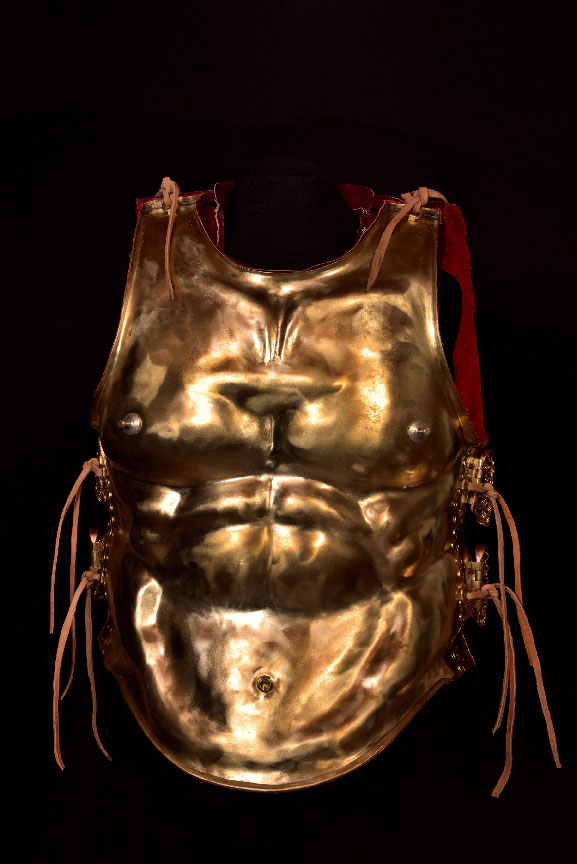 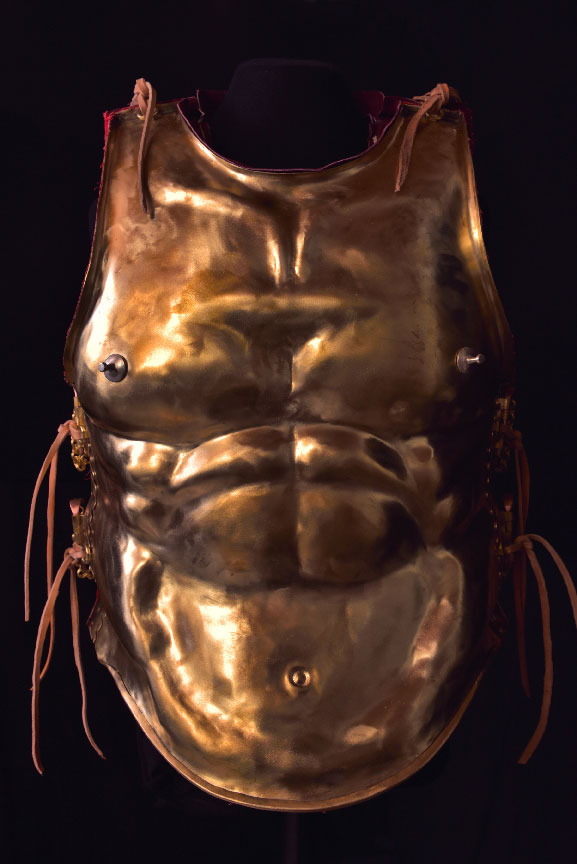 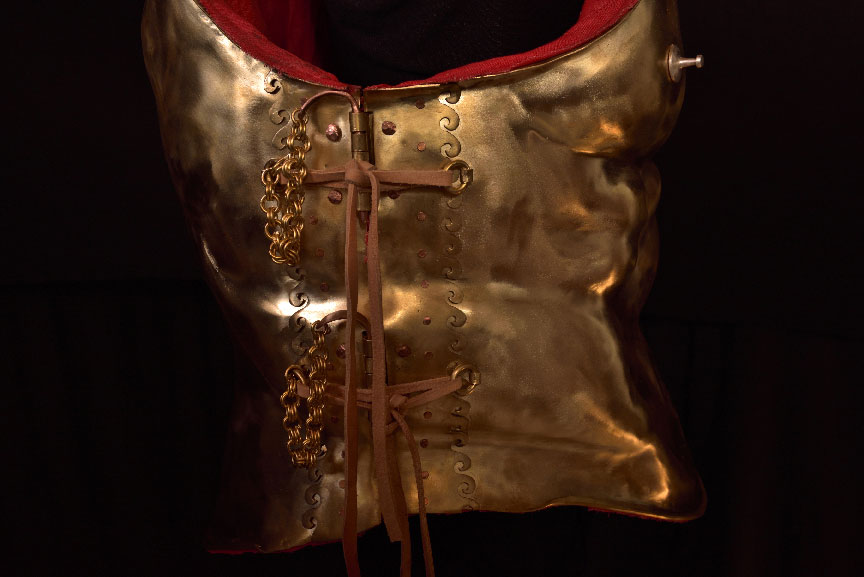 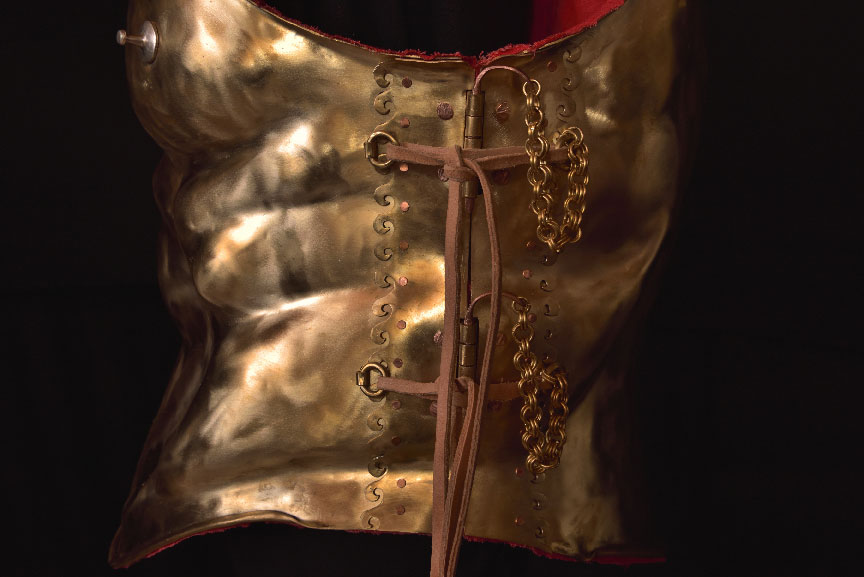 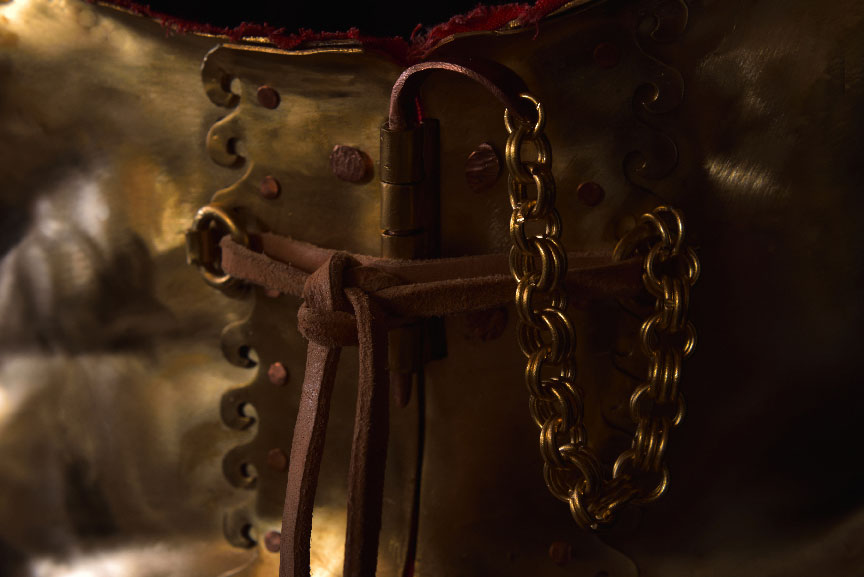 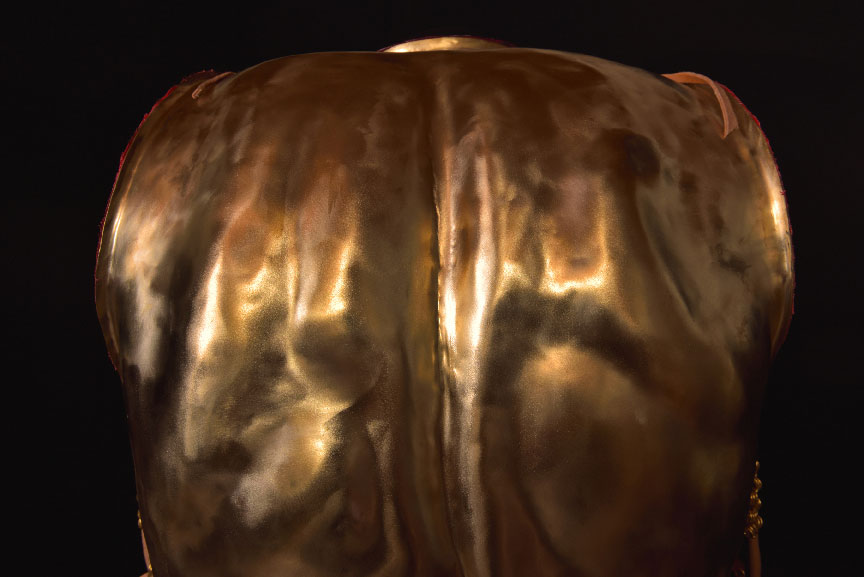 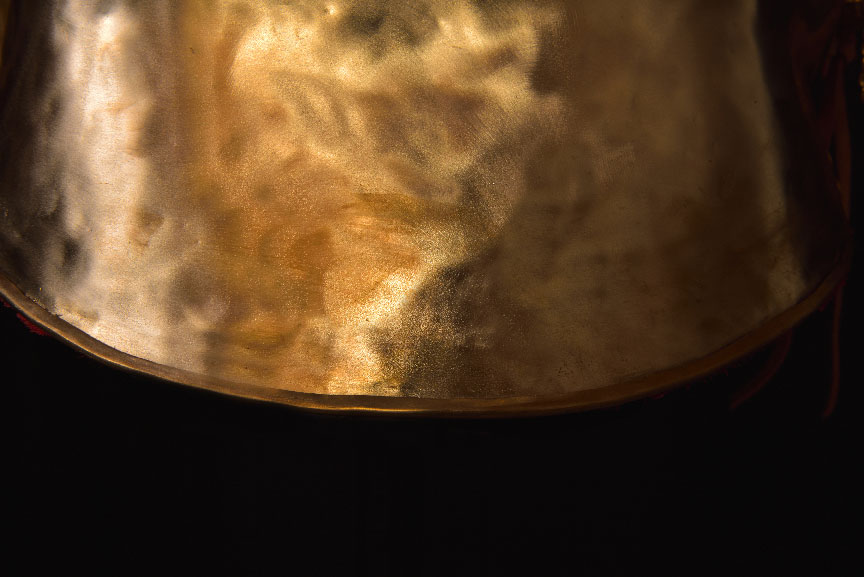 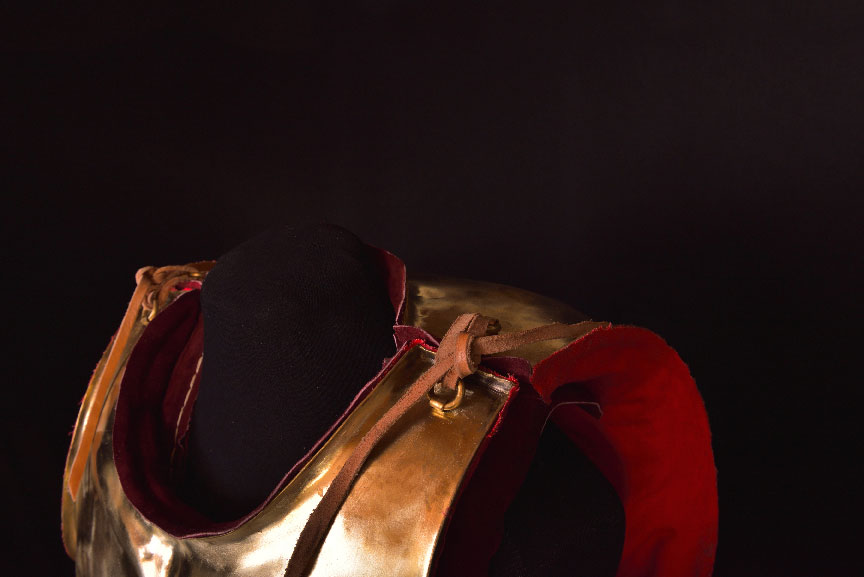 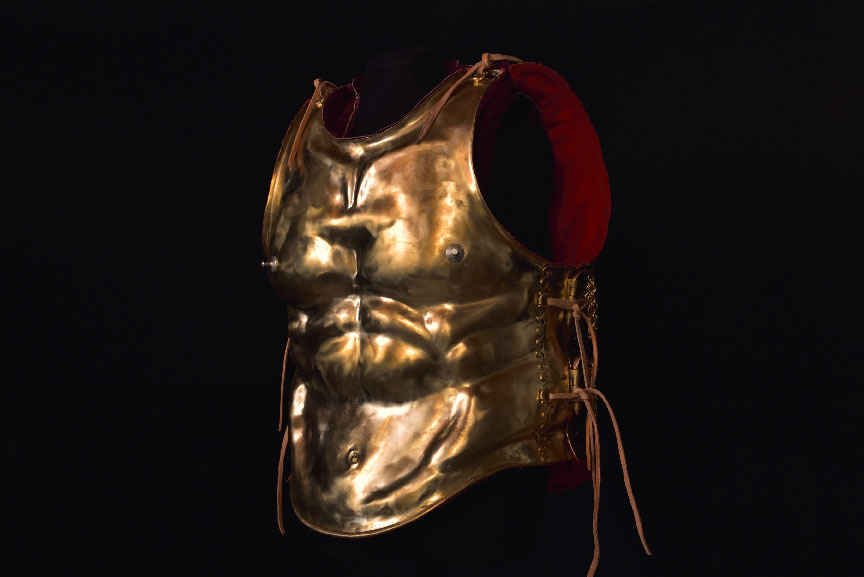 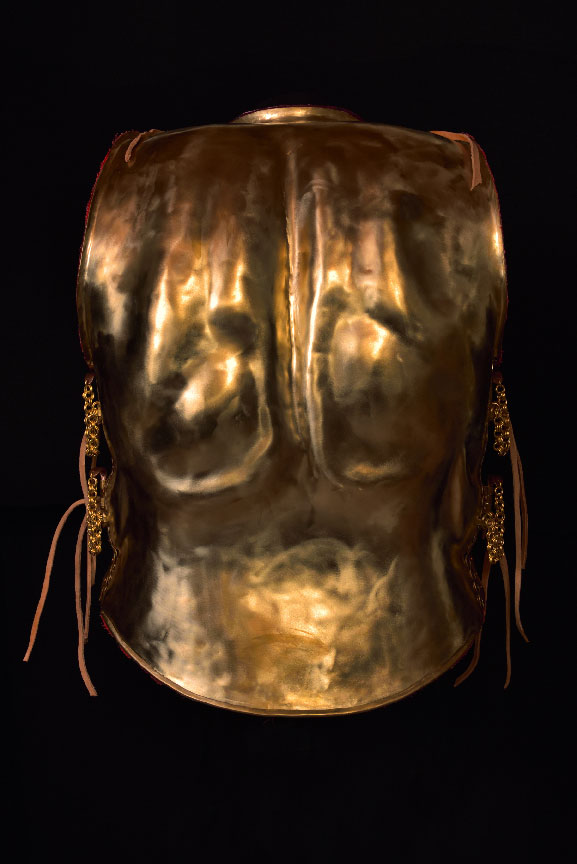 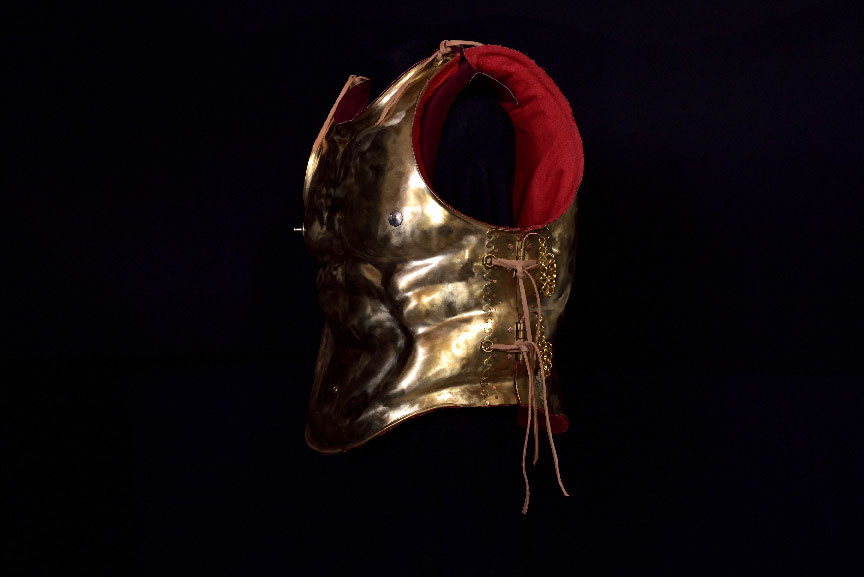 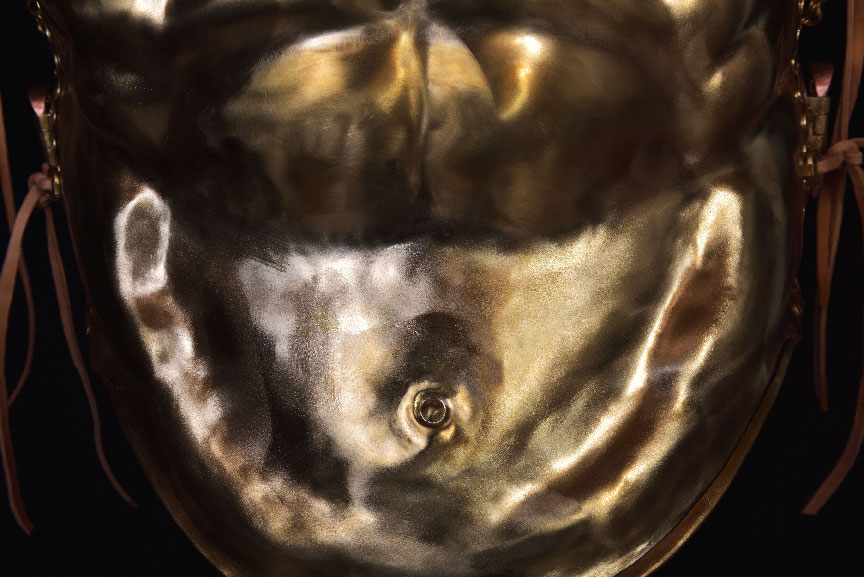 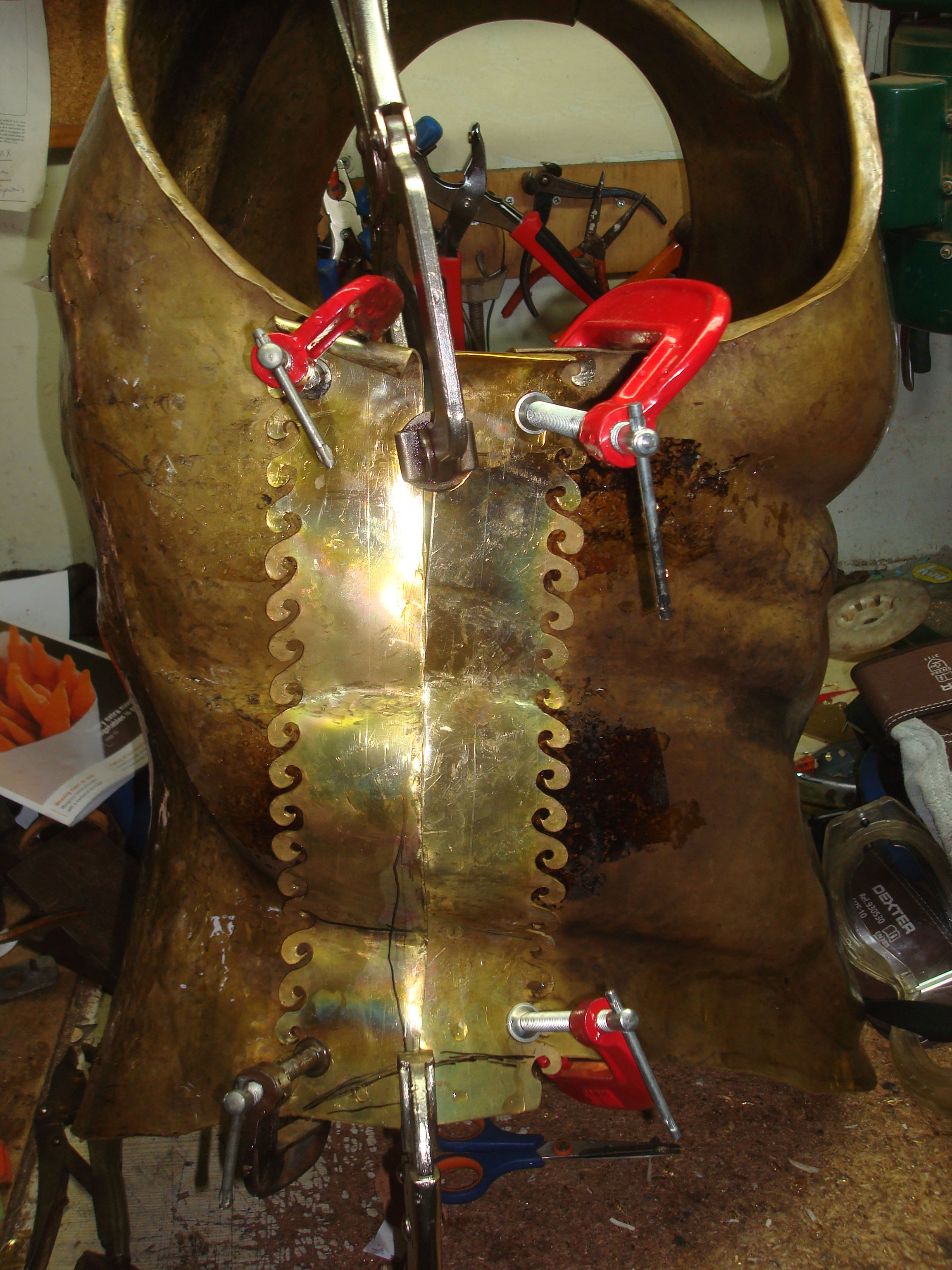 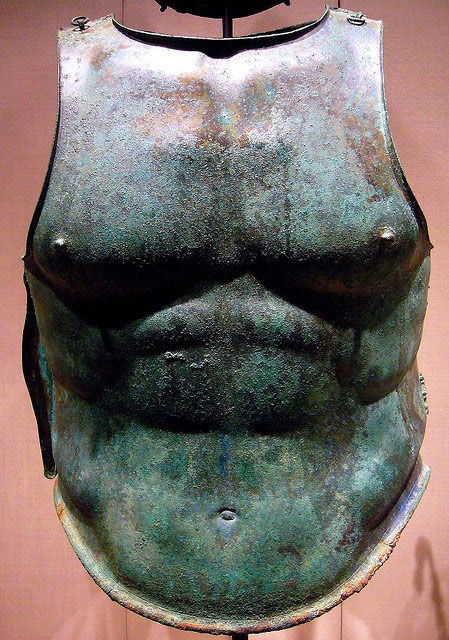