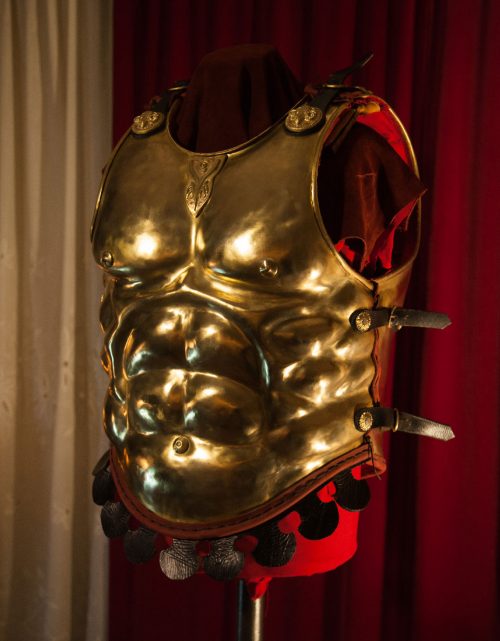 The cuirass is composed of a breast plate and a back plate which together covered the torso from the
neck to the lower abdomen. Sheets of bronze were hammered into anatomical shaped plates
resembling the male torso’s musculature, in accordance with the archetypal prototypes of Greek
body armour (circa 5th century BC). Its characteristic anatomical features include a heavily built
torso, with distinct pectoral and abdominal muscles, a rib cage, as well as bronze inset navel and
nipples all of which resulted in very a distinctive artifact. The cuirass was made to order to meet
individual needs and artistic preferences and as such has additional ornaments attched.

The two halves are securely joined together at the shoulders and sides with six pairs of leather
straps and buckles. Ornamental cast bronze rams (family or personal vigil) have been attached to
the bases of the two pairs of the fastening gear, around the neck area. A black coloured decorative
leather band has been hand-stiched to the lower rim of the frontal plate and the neck and armpit
rims have been rolled around a wire, while all other rims have been folded with protective purple
leather. The inner sides have been lined with thick woolen and linen material. 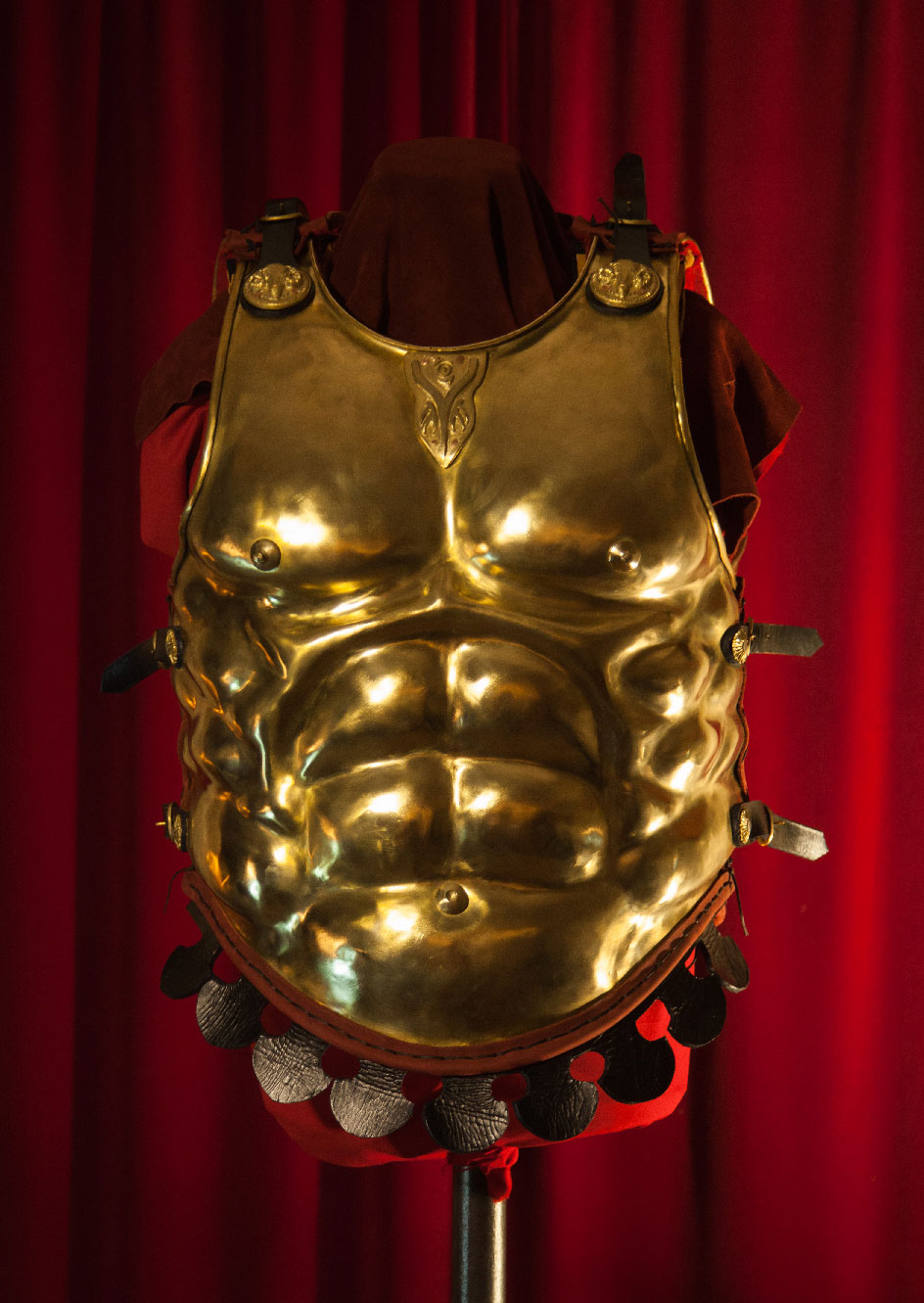 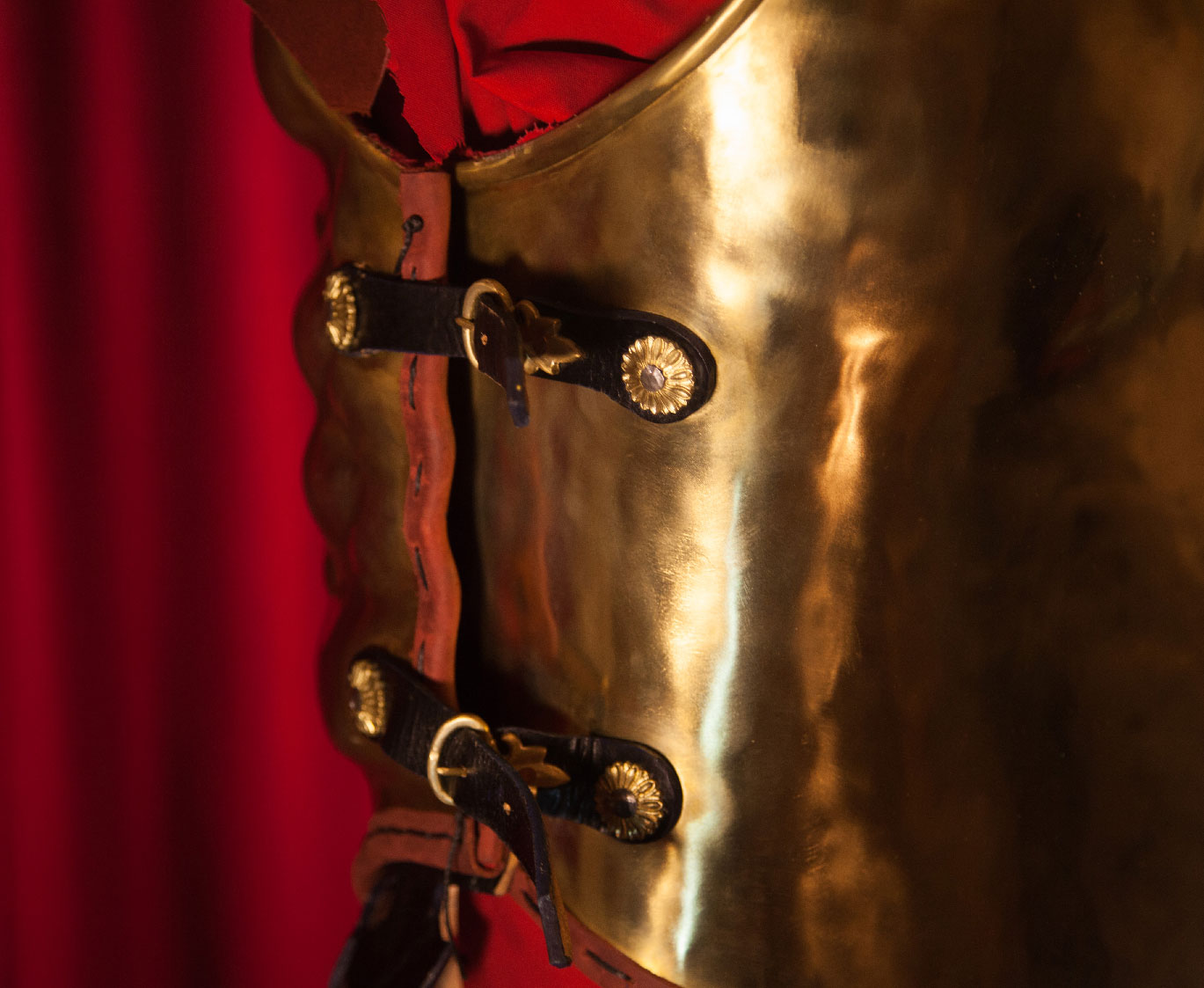 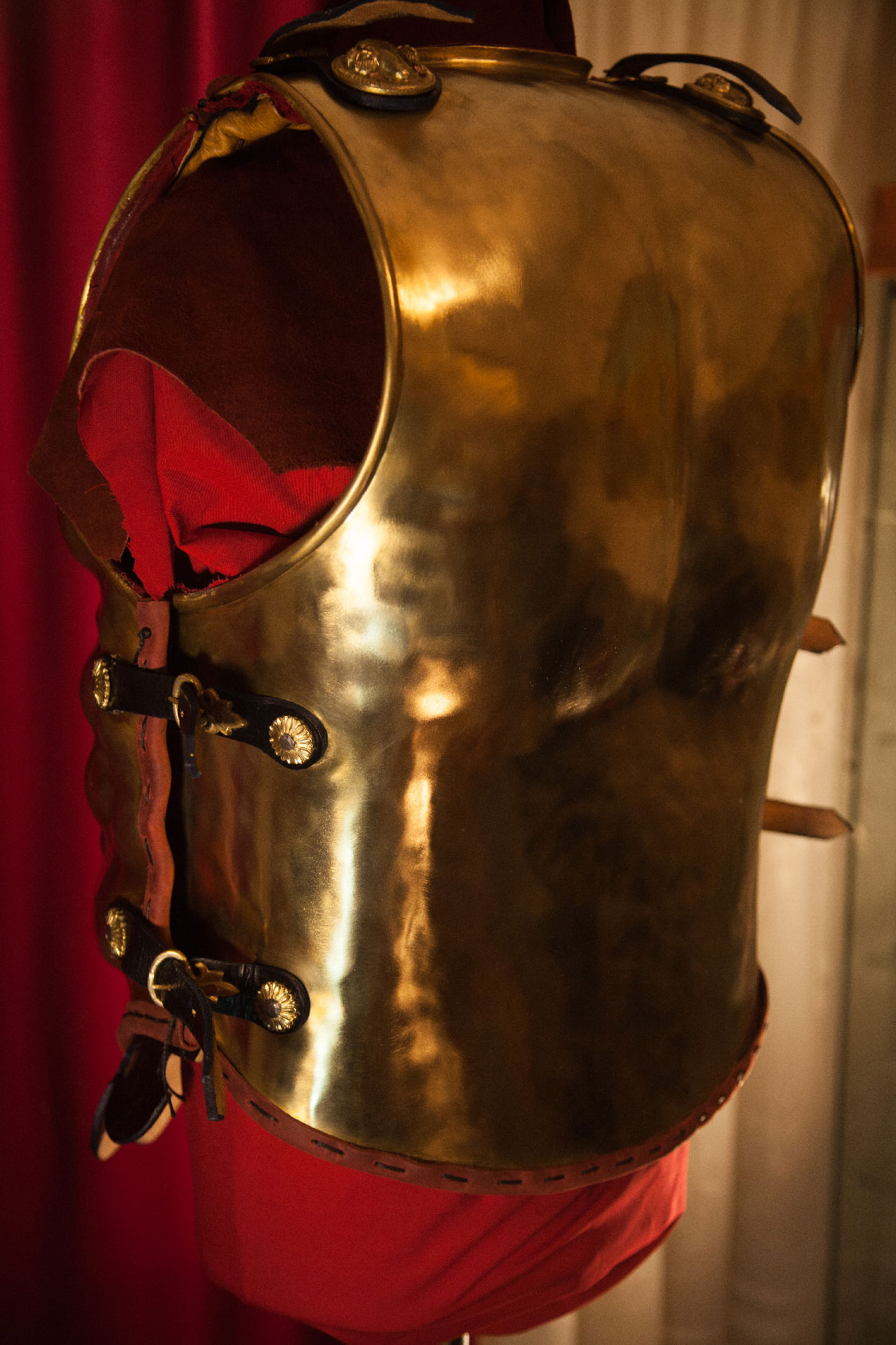 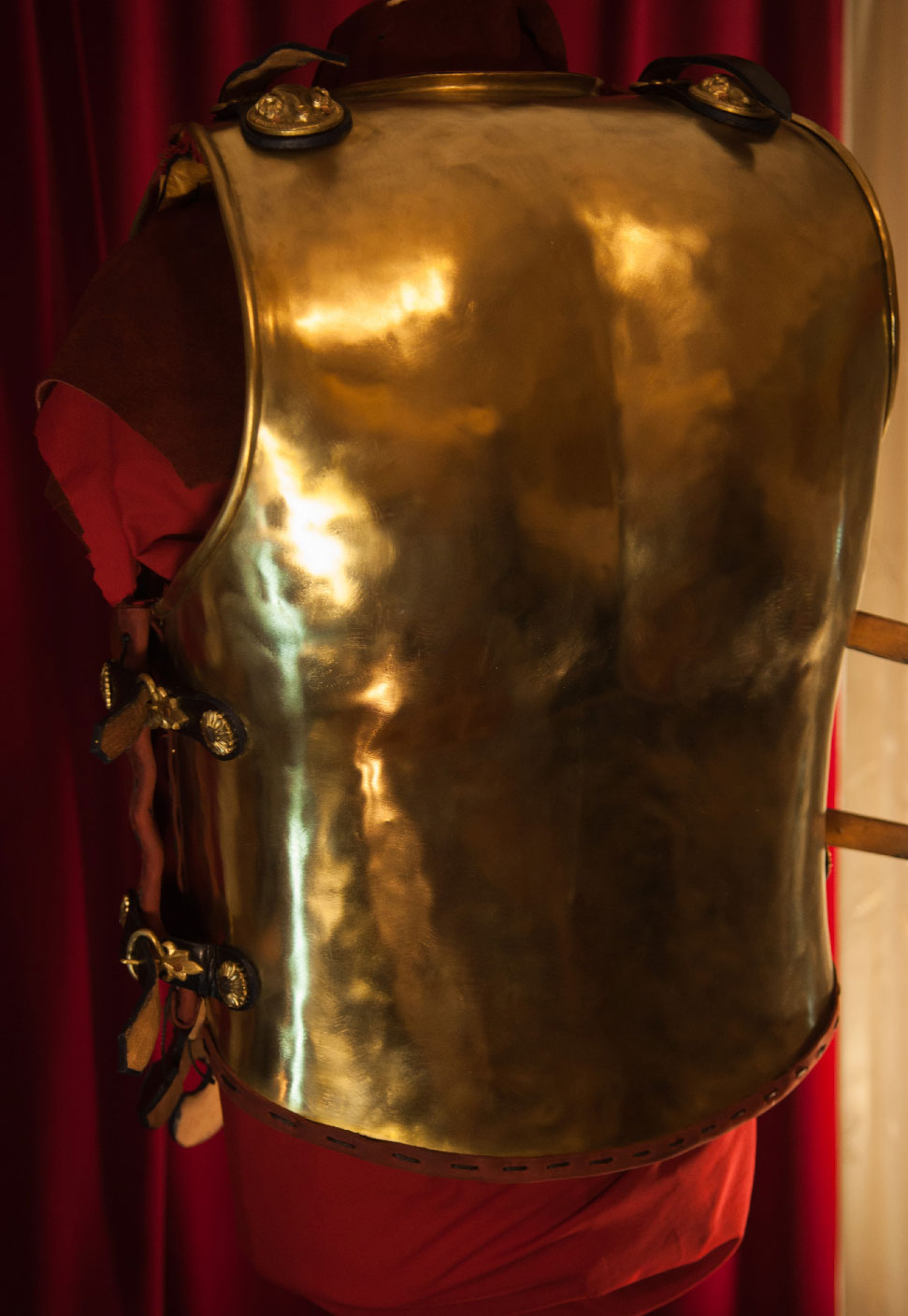 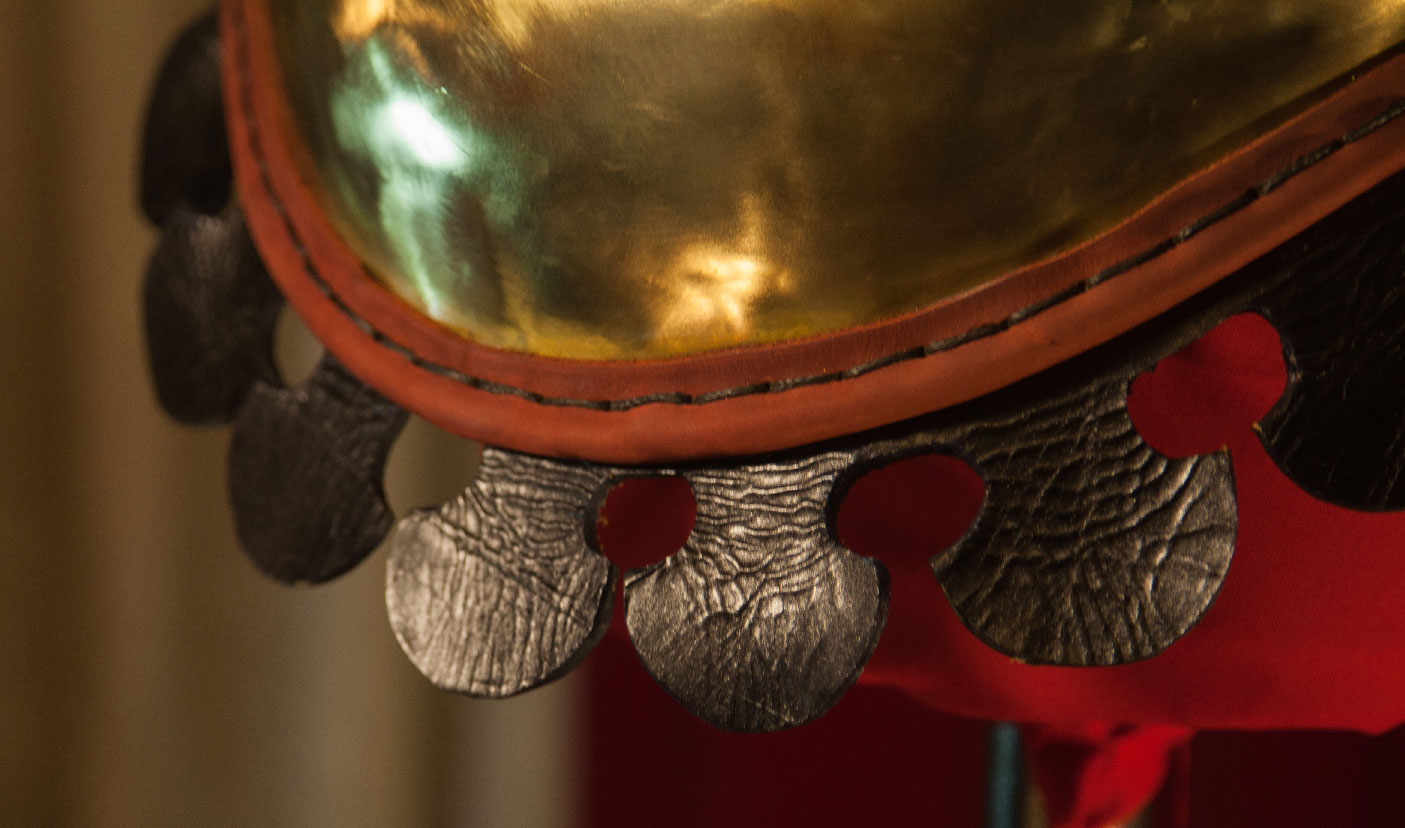 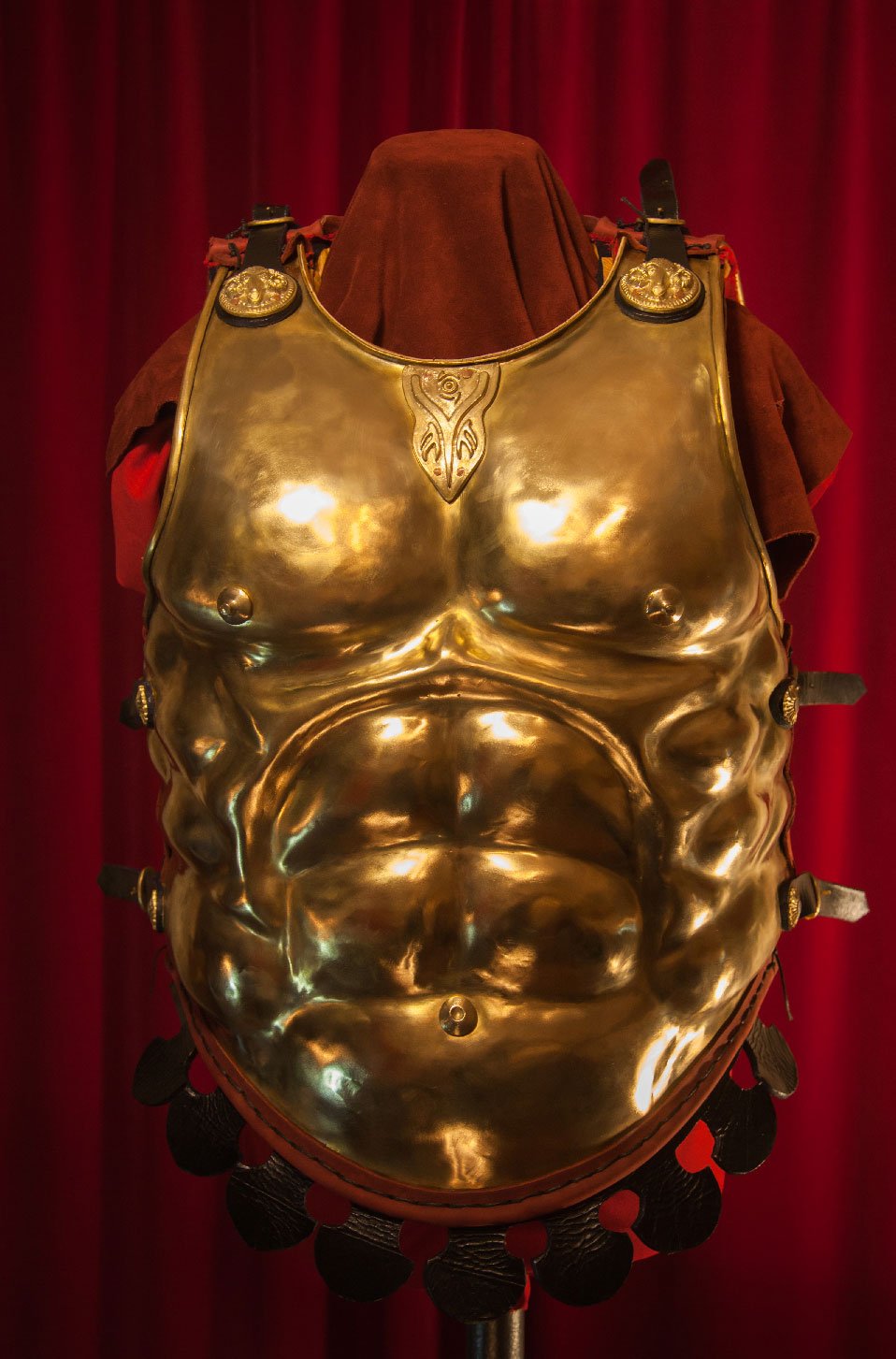 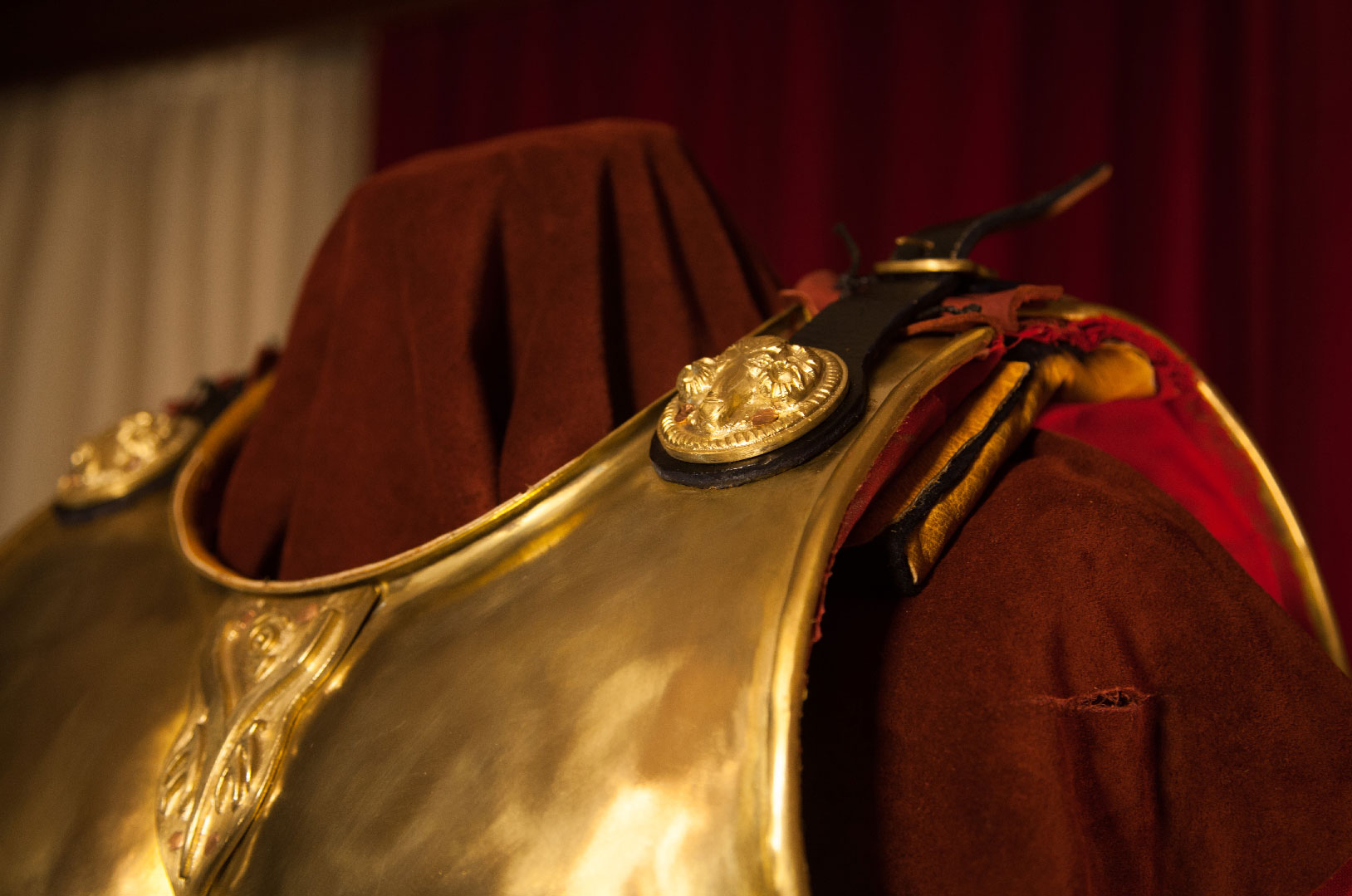 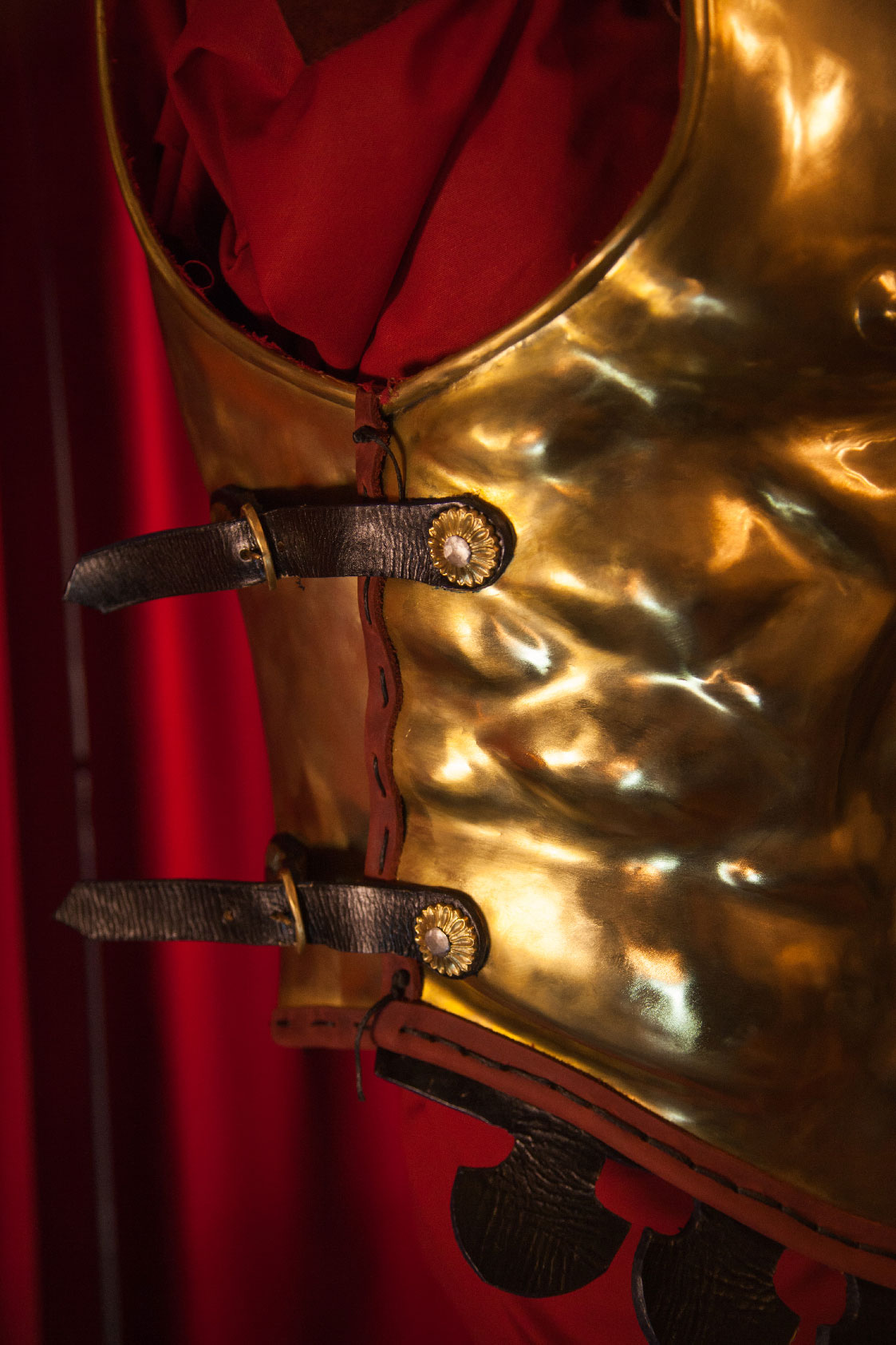 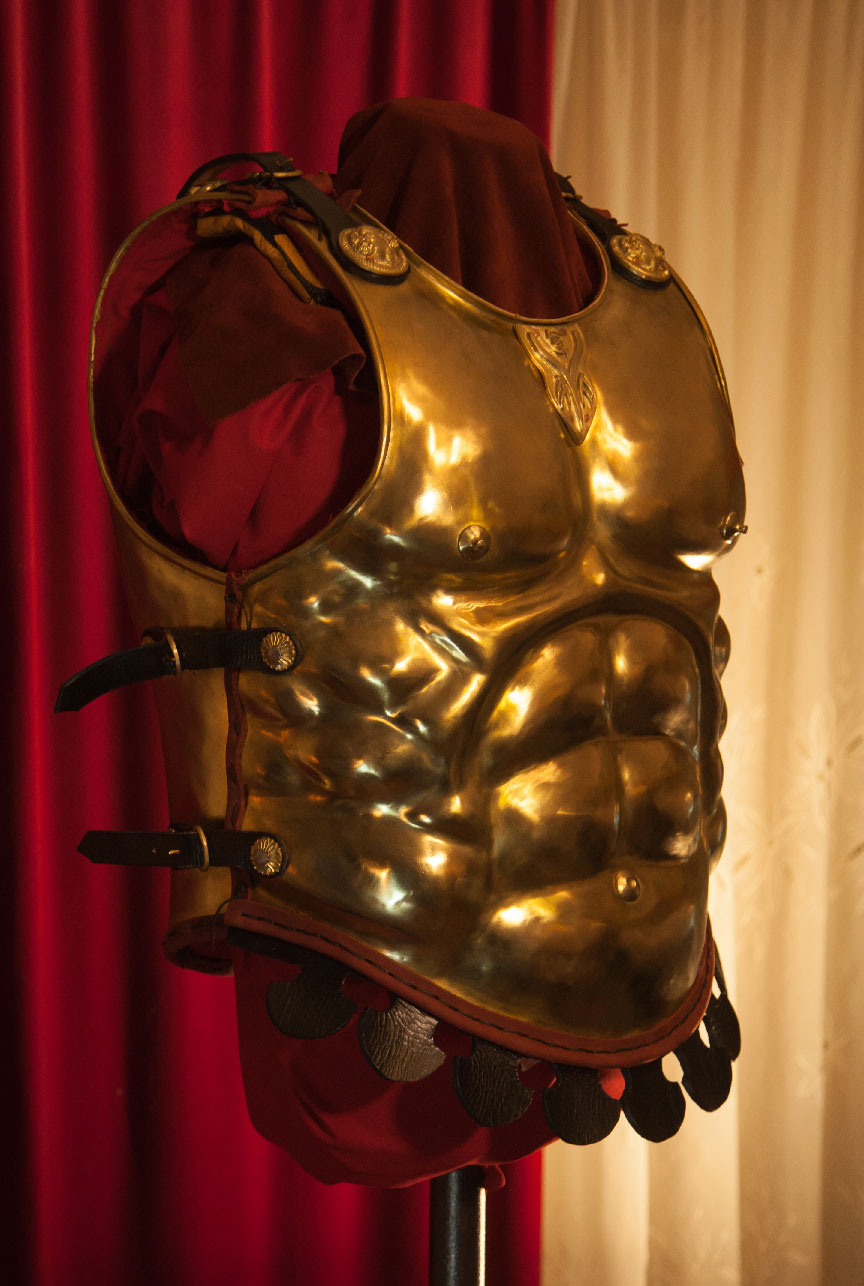 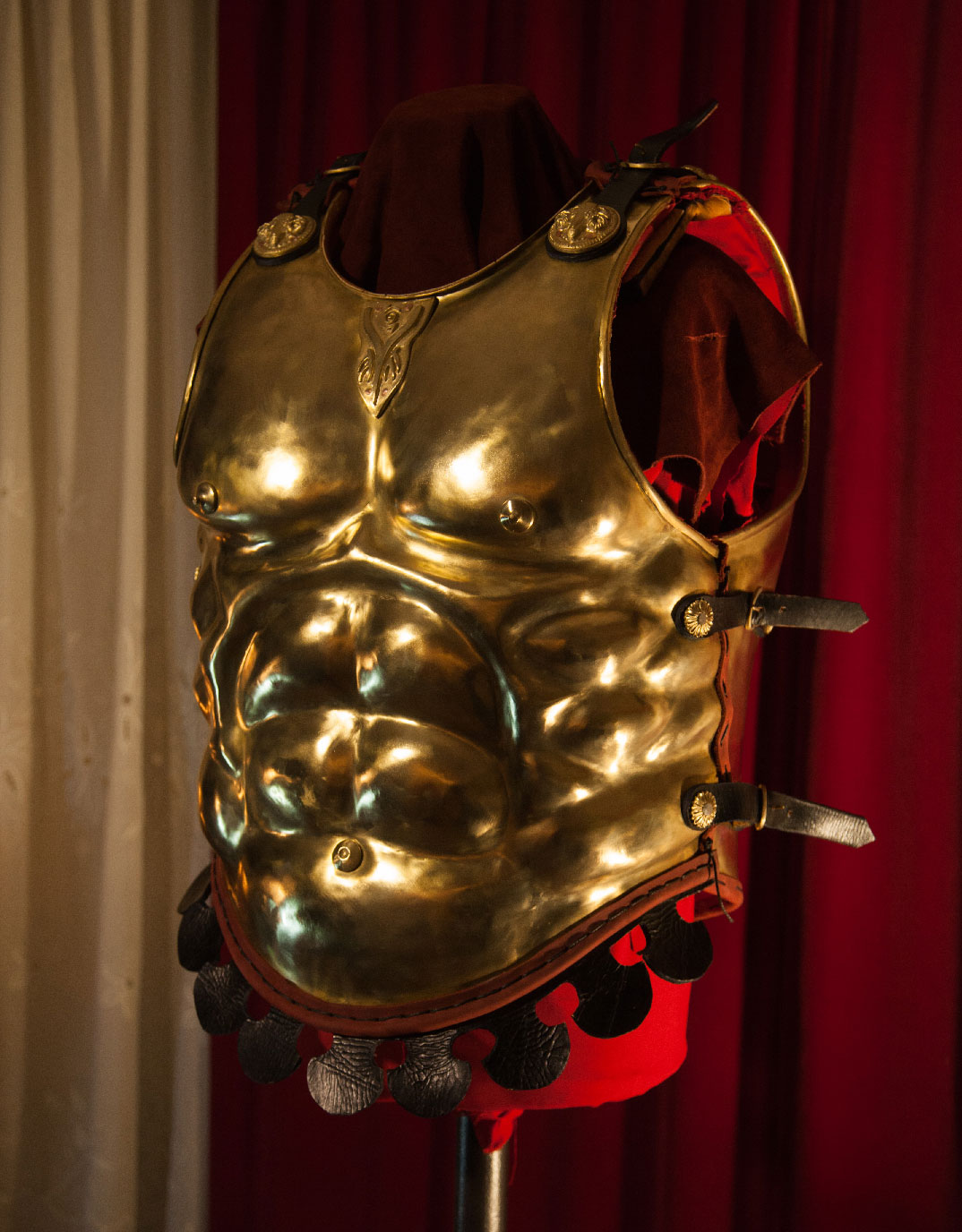 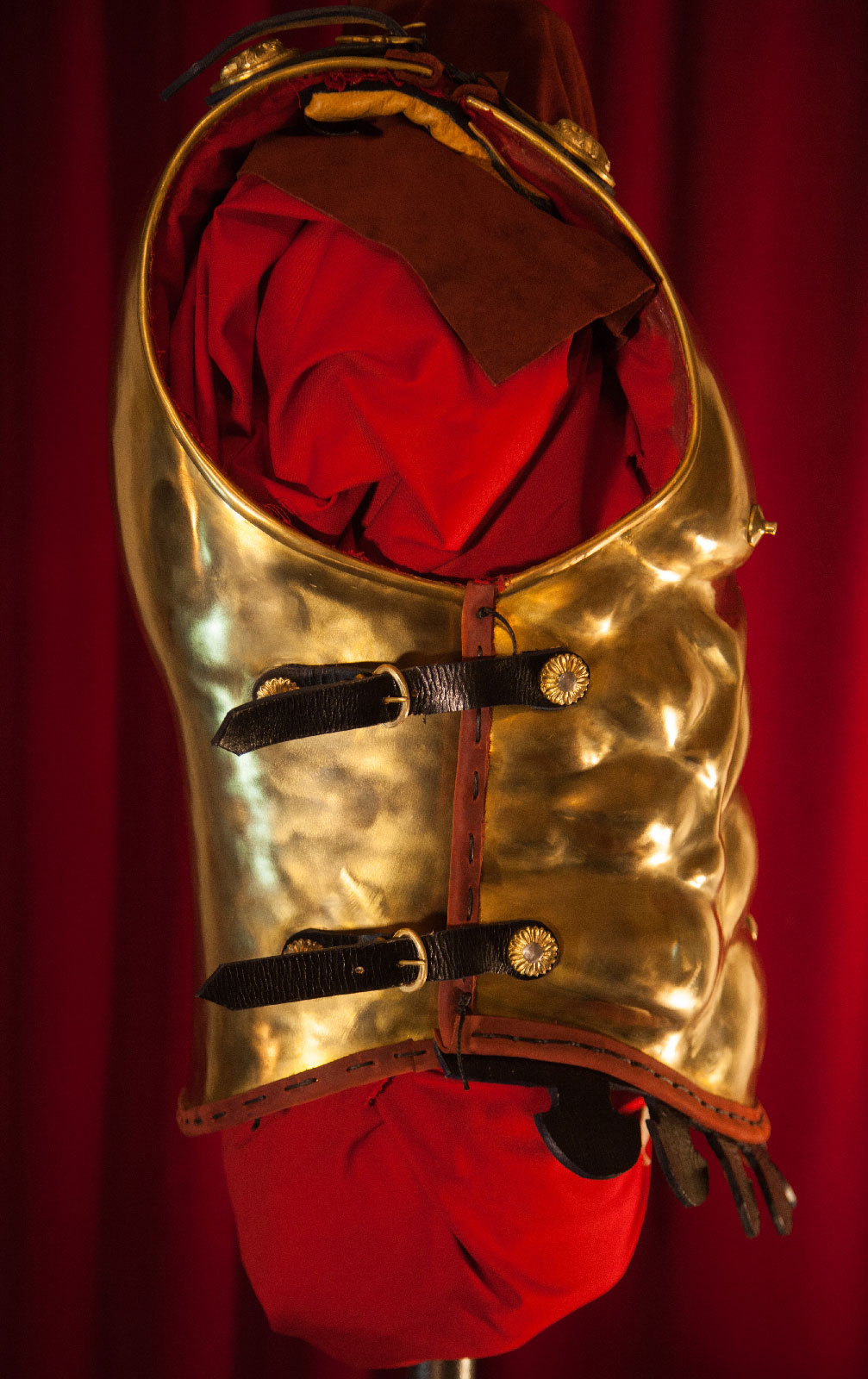 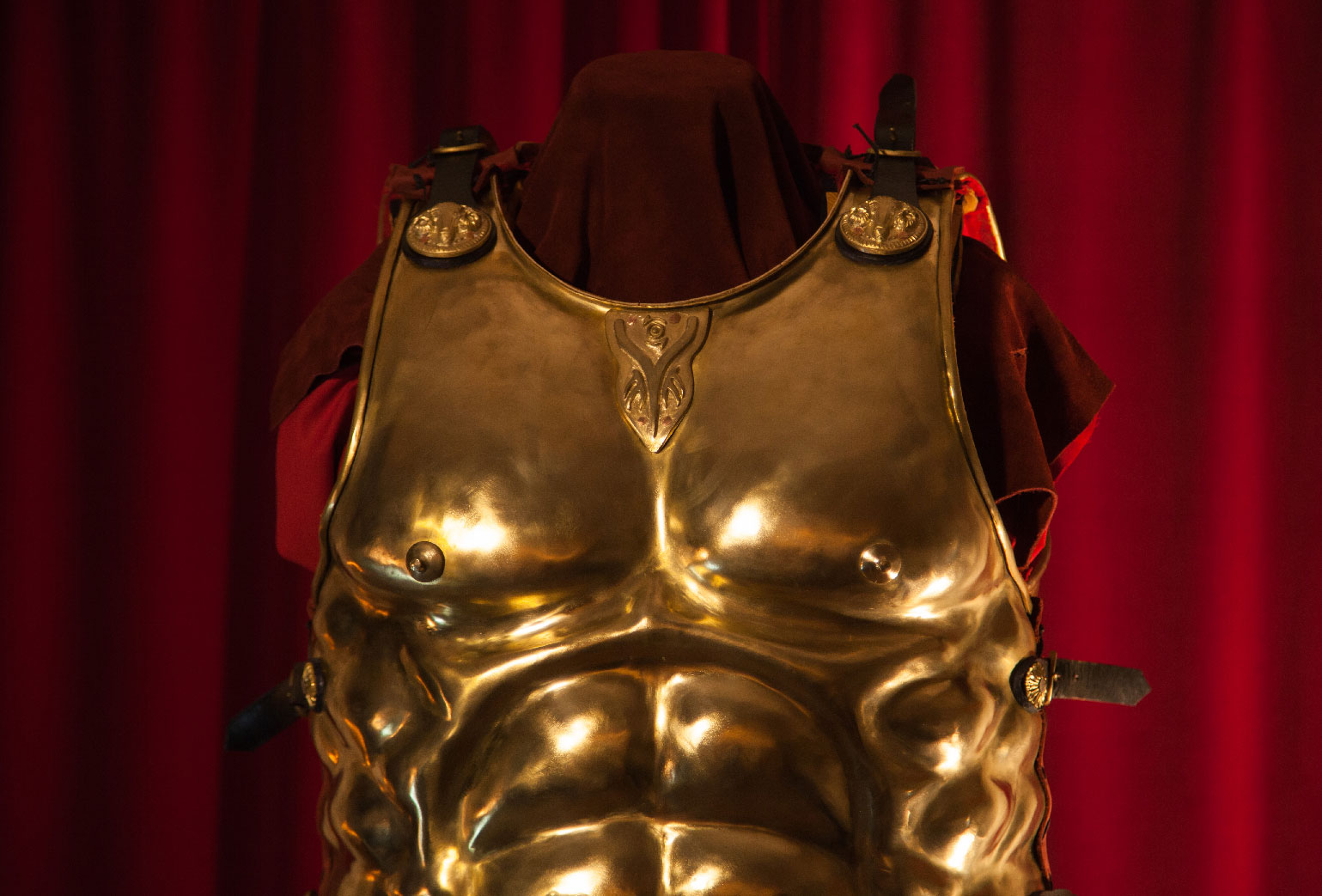 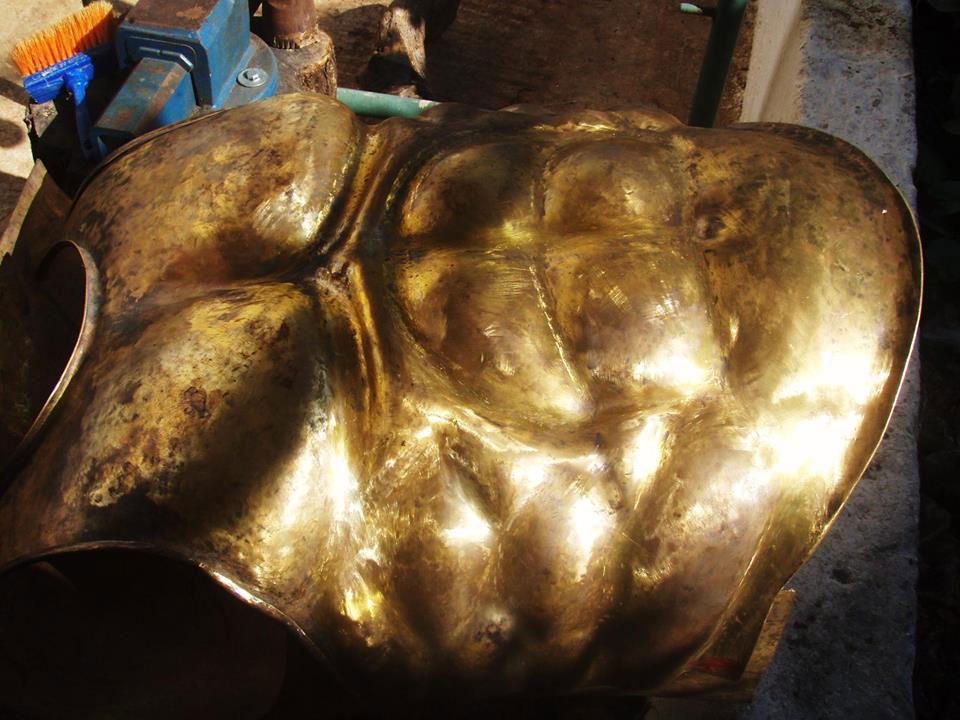